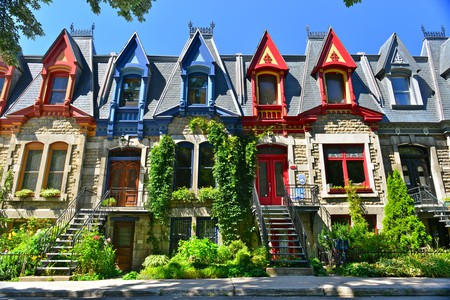 Summer in Montreal is when the city comes out to play. The warmer months are all about festivals, so be ready to attend more than one, eat a ton of food, and spend plenty of time outdoors. Here are some not-to-be-missed events in Montreal when the sun comes out.

Explosions and pretty colors over the Montreal city skyline; what perfection. All the way through July you can see world-class fireworks coming from Parc Jean-Drapeau. Some pay to sit front and centre, but most locals never do. Everyone has their secret spot. Try to make some friends who might take you to their hidden viewpoint, usually including bonfires, music and a few drinks thrown out. 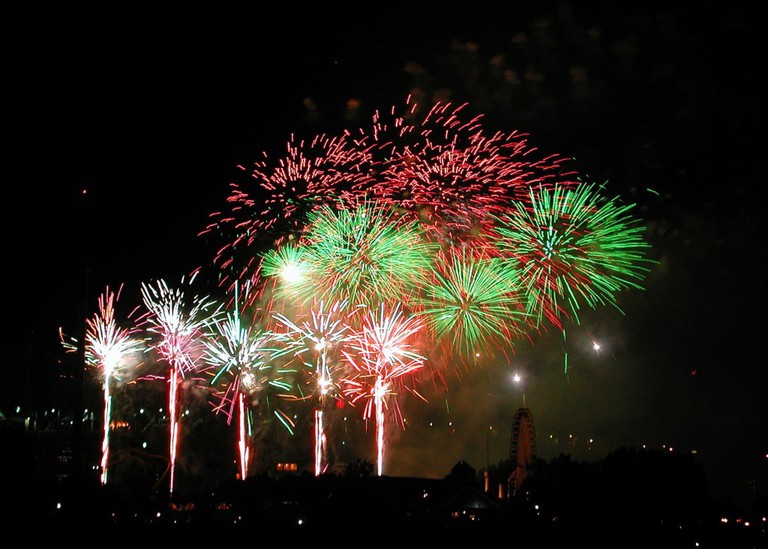 Every summer, the city hosts multiple sidewalk sales, or vente de trottoir, in different boroughs. All the clothes you can imagine at cheap prices, quirky trinkets, street performers, and delicious food come together to create some of the best days out in the city. If you want to buy things to take home with you, bring cash, otherwise it is fun to simply wander the streets. Keep an eye out on Facebook, in the Montreal Gazette, and other local papers to know more about where and when the street fests will take place. If you’re looking to escape the heat, check out some of the best local boutiques Montreal has to offer. Vu Optique is a recognized local establishment, perfect to buy some chic sunnies to protect yourself from the strong Quebec sun. For high-end thrifting, check out Citizens Vintage on the trendy Boulevard St-Laurent. Tozzi is another home-grown boutique catering specifically to Montreal’s suit-and-tie-wearing men, and is worth taking a look at. 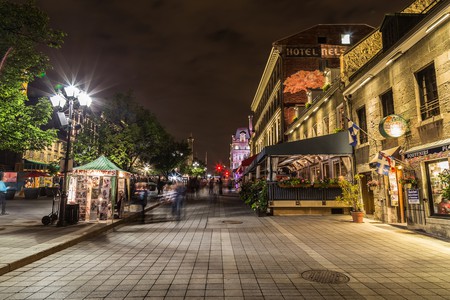 The Sunday session gets 100 times better in Montreal. Piknic Electronik takes place most Sundays from May onwards. You can take a picnic, soak up the sun, and dance Sunday away to good music from local and international acts. To get to Parc Jean Drapeau, take the metro, or Piknic Electronik offers an Uber promo code to help get to and from the event. If you can make it to the Double Piknic Season Opener during the Patriot’s Day long weekend, do it!

Vroom Vroom! If you like cars, get into the city for Grand Prix weekend. While some inhabitants hide away during this weekend of debauchery, others hold out for the Grand Prix to unleash their wild side on the streets of Montreal. Nightclubs host special events, restaurants have special promotions, and people from all over the globe flock to the city for the race. No need to shell out for expensive race tickets, unless you’re a true motor-head, spend the money going to the impressive sideline events. 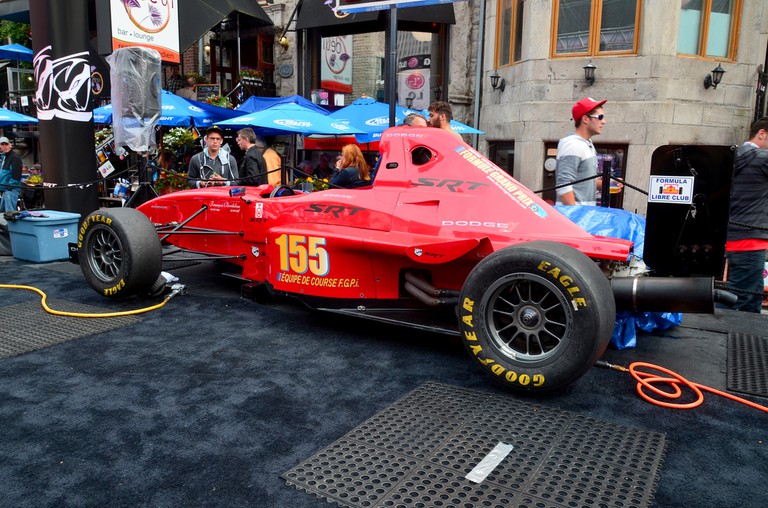 Montreal is well-known for its top-notch music scene, so it’s no surprise this metropolis hosts a world famous jazz festival. Starting at the end of June, this year’s festival is set to have some amazing performers. Heal a broken heart while singing along to Diana Ross. Be awe-struck by the talented Rufus Wainwright. ‘Doo-Wop’ along to the one and only Ms Lauryn Hill, and pull out the air guitar for Santana. The main acts this year have influenced the music we listen to today, so it is worth attending at least one. The Jazz Fest isn’t just about the big players and big bucks, however. You can also enjoy plenty of very talented artists for free every day of the Jazz Festival, which is actually not limited to jazz music.

Once you’ve had an earful of music, a new type of festival begins. Laugh yourself silly at Montreal’s famous Just for Laughs Festival. Many of the comedy shows are free, making this the ultimate budget-friendly fest. You’ll have to purchase tickets for some of the well-known comedians, but can you really put a price on laughter? Gad Elmaleh, Jimmy Carr, The Ethnic Show and The Nasty Show are just some of the popular acts attending this year’s fest.

Quelle surprise, another festival! Osheaga is a weekend-long music festival in July known for its epic line-ups. Think of it as the Canadian version of Coachella – and where everyone wants to be. Headlining the event this year are the Red Hot Chilli Peppers, Lana Del Rey, and Radio Head. Many more amazing artists from all over the planet will be playing this event, so don’t be afraid to buy the kind-of-pricey tickets for this one.

Montrealers really like to take advantage of the city’s many parks. Since they’ve been locked up in their apartments all winter, these public spaces are perfect to take in the relatively short summer. Head to Parc Laurier (which also has free Wi-Fi!) or Parc Lafontaine, and light up a barbeque with your travel mates. It’s the Montreal way. If you’re seeking something very different, dive down the rabbit hole and head to the Tam Tams in Parc Mont-Royal. Drum circles, DJs and outlandish fantasy role playing can be found here, as well as some public drinking and other weird happenings that Montreal Police seem to turn a blind eye to on these Sunday afternoons. On other days of the week, Mont-Royal is a terrific place to look out over the city and take some Instagrammable photos. 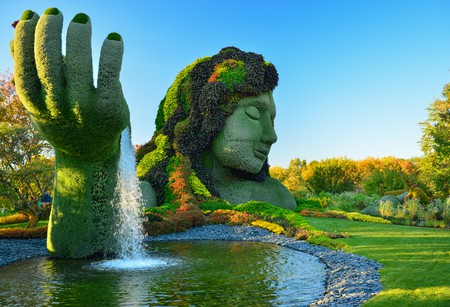 Trying to keep your summer-bod in shape while eating all of the MTL foods? Rent a bicycle and ride along the scenic Lachine Canals. If you like watersports, rent a kayak or a peddle-boat and cruise up the Canal itself. A bit further down the Lachine River, there are some rapids which are also popular among surfers. This is a National Historic Site and has been around for more than 150 years. It was the first link between the Atlantic and the centre of the continent, so pay attention to the architecture and historic info guides along the way. Also, the 14.6km walkway is a popular spot for day-dates in case you happen to meet a Montrealer that takes your fancy. 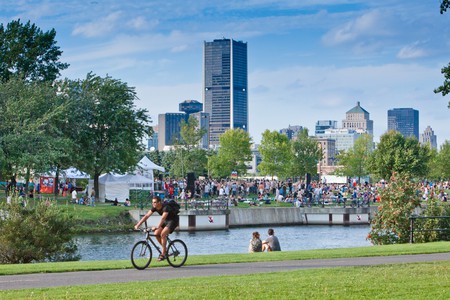 Fresh fruits and veggies galore! The Jean-Talon and Atwater Markets are good places to visit if you need to stock up on groceries. It’s always a nice idea to give back to the places you visit by buying local produce. These markets are perfect for breakfast or a snack too, but beware these places are packed during summer weekends. There are plenty of maple syrup goodies and local artisanal foods to fill you up for a day of discovering the city. Yum! 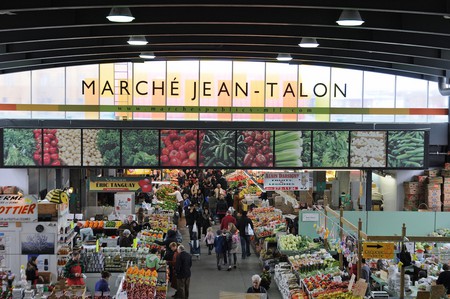 Drinking and eating in the summer sun is a Montreal tradition. Many locals will flock to the terrasses (patios, or terraces) after work for a 5 à 7 session, or on the weekend for a drinking fiesta. Gather your friends from far and wide and get out in the fresh air to relax the MTL way. Be sure to stop in at one of the best, Alexandraplatz and all its garage door glory in Mile-X for a pint or one of their delicious cocktails.

Take the day to explore Mile-End as well. This hipster-cool quartier has everything from designer boutiques and vintage shops to excellent cafes and cool start-up businesses. Grab a bagel from St-Viateur or Fairmount (open 24/7 in case you need a late night treat!), and stroll down the tree-lined streets. Mile-End is a unique neighbourhood where cultures come together – Greek immigrants, Hasidic Jews and artisans coexist to create a ‘hood that defines what it means to be a Montrealer. It is known by many to be a melting pot of indie music, multiculturalism and all things cool. After a day of adventuring in this borough with all its hippy-vibes, you’ll definitely feel like ‘all you need is love’. If you can find a place to stay here, even better.

In case you haven’t noticed yet, Montrealers love to eat. While Restaurant Day technically happens in Spring (May 21st), the weather is generally warm enough for most locals to consider it summer. The event is essentially a city-wide food carnival where people open restaurants for the day. There are pop-up restaurants all over the island, from Verdun to Villeray. Most people do a restaurant-crawl in a group, with a team name and all, so get your friends together and get eating! Due to the nature of the event, Restaurant Day takes place at various locations: visit the website for all pop-up restaurants in Montreal.

Les Premiers Vendredis (First Fridays) is yet another foodie-friendly event held on the first Friday of every month. Beginning in May, the festival runs throughout the summer. On these Fridays, Montreal’s Olympic Stadium hosts all of the city’s most-loved food trucks for an evening of face-stuffing fun. 2016’s First Fridays will be better than ever, with a bar, live bands and DJs, all cooking up the largest street food festival in Canada. It is also the 5th anniversary of this festival, so expect a few Montreal-esque surprises! 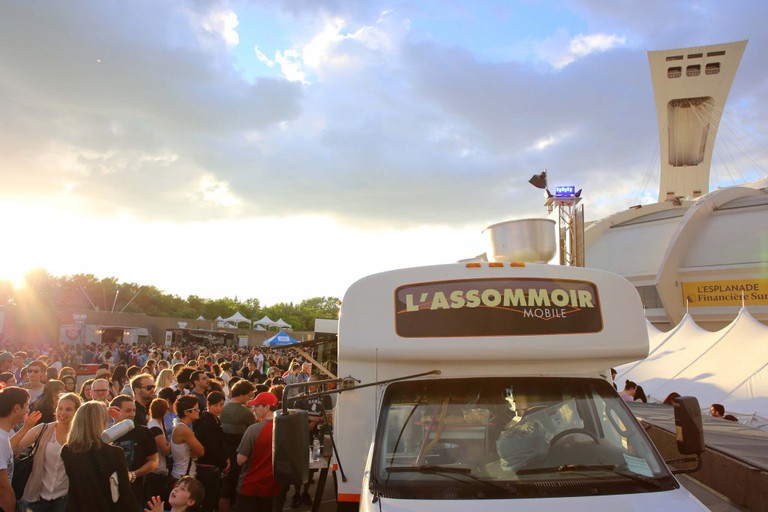 Bonus – here’s some of the beauty you can expect to see around Montreal: