The Top 10 Things To See And Do On Toronto's Lakeshore 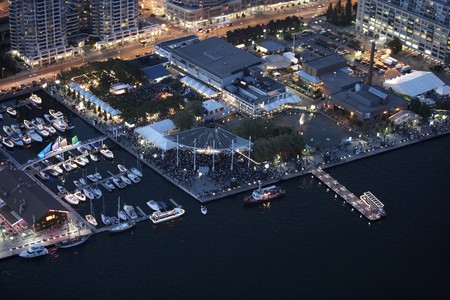 The harbor front area of Toronto has undergone major redevelopment in recent years and is now a bustling hub of the downtown area. Here, we uncover our top 10 things to and see whilst in the area.

Arguably Toronto’s most famous landmark, the CN Tower is located just a few hundred meters from the harbor front and has been recognized as one of the Seven Wonders of the Modern World by the American Society of Civil Engineers. A visit to the tower is a must for all tourists in the city, either to take some terrifying photos lying on the Glass Floor 342m up, or testing your nerve even further with the attraction’s infamous Edgewalk. After all that excitement, the 360 Restaurant serves multi-award winning food with an incredible view of the city skyline. 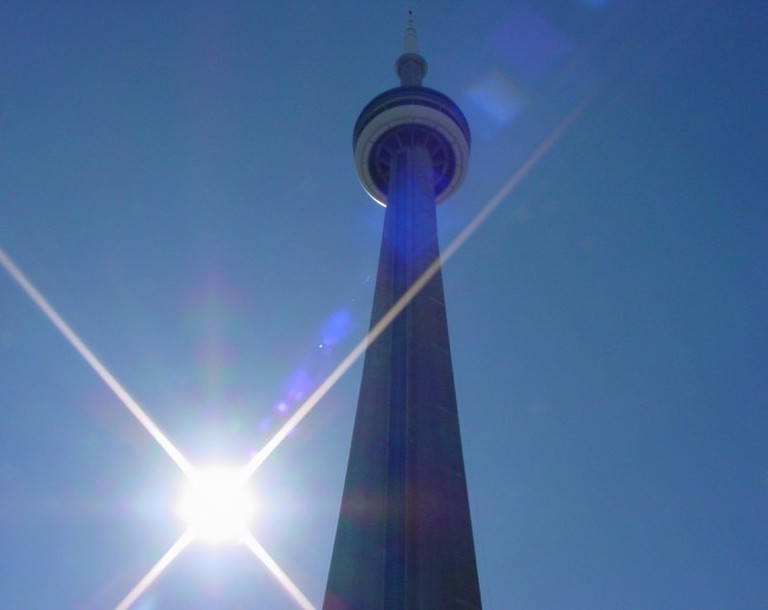 Established as a not-for-profit organization in 1991, Harbourfront Centre is the heart of all cultural happenings across the city. Throughout the year, the center works with over 450 community organizations to plan over 4000 events, ranging from literary festivals to theater and dance performances. On the same site is also the Power Plant Contemporary Art Gallery, which holds a variety of exciting modern art exhibitions, often focusing on new up-and-coming Canadian artists. 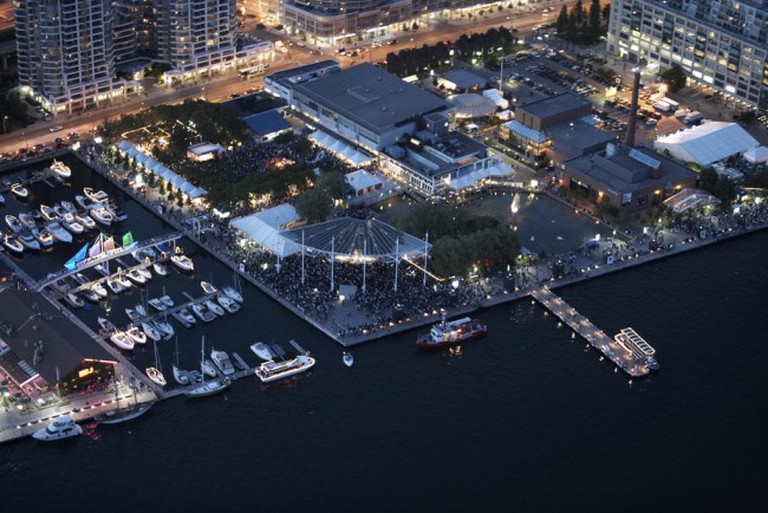 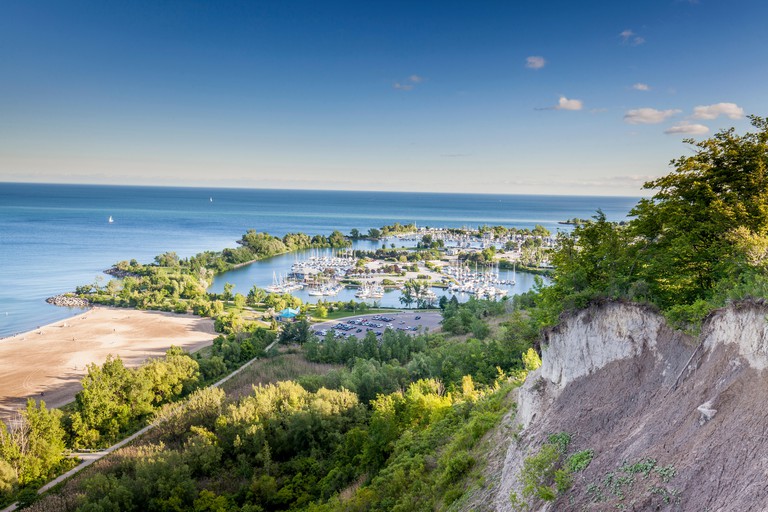 © All Canada Photos / Alamy Stock Photo
Situated in Scarborough, Eastern Toronto, Bluffer’s Park is one of the city’s most beautiful sandy beaches. During July and August, there is a supervised area perfect for swimming, with impressive water quality and a relatively shallow depth to cater for swimmers of most abilities. One of the beach’s other most impressive attractions is the Scarborough Bluffs, a 15km white cliff escarpment, rising up to 90km above Lake Ontario’s blue waters.
Open In Google Maps
1 Brimley Road South, Scarborough Ontario, M1M 3W3, Canada
+14163922489
Visit Website
Give us feedback

To enjoy a more unusual view of Toronto’s lakeshore, try a boat tour of Lake Ontario. The popular boat cruise operator, Toronto Harbour Tours runs frequent tours of the city’s waterfront and other nearby landmarks like the Toronto Islands. If you’re after something a little different, however, Tallship Cruises Toronto gives you the chance to sail on a 165ft Schooner ship, with a privately chartered crew at your service. 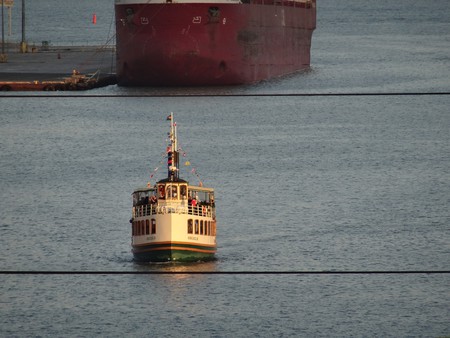 Part of Sunnyside Beach Park, the Sunnyside Pavilion was built over a century ago as a clubhouse for waterfront canoeists. In its modern reincarnation, the pavilion now has become a venue for regular multicultural events, such as music performances and live art showcases. There is also a beautiful beachfront café, which serves casual cuisine and drinks from May to September. 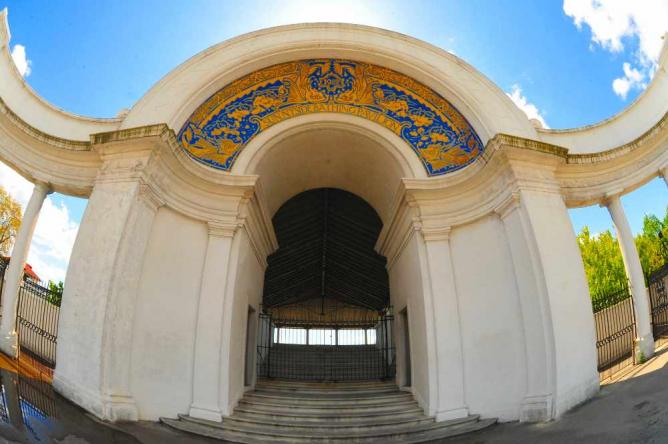 If you are looking to head to a sports game whilst in the city, Toronto’s lakeshore is home to two of major venues. The Air Canada Centre and Roger’s Centre. Both are currently used as multi-purpose stadiums and home to the city’s most beloved sports teams. At the Air Canada Centre, fans can cheer on the Toronto Maple Leafs at hockey, the Toronto Raptors at basketball or the Toronto Rock at lacrosse. To see a major league baseball, head to the Rogers Centre to support the Toronto Blue Jays or the Toronto Argonauts American Football team. 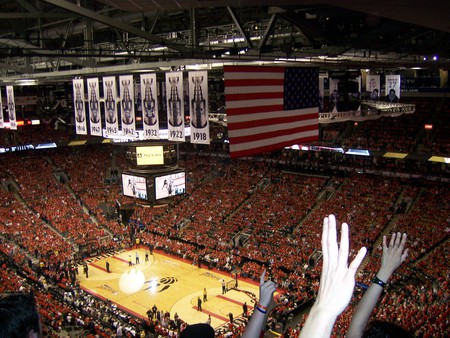 Technically a little separate from the lakeshore, the Toronto Islands are a group of several small islands located in western Lake Ontario. The Islands are easily accessible by ferry and are home to the Billy Bishop Toronto City Airport, as well as many recreation facilities. The many beaches make the islands make a great spot for canoeing, kayaking, cycling and picnicking. Centre Island also houses Centreville, the city’s most popular children’s amusement park. 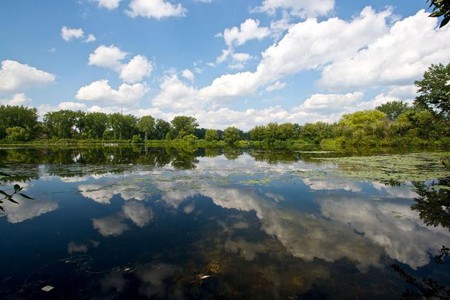 Another recreation area of the lakeshore is the Waterfront Trail, which runs along the edge of Lake Ontario from Etobicoke in the west to Scarborough in the east. The trail is extremely popular with cyclists, thanks to its mixture of asphalt and off-road surfaces, although it also features a boardwalk for pedestrians. If you are visiting the section of trail at the foot of Lower Spadina Avenue, you should also keep an eye out for the Wavedeck installations, an artistic wooden representation of Lake Ontario’s undulating movement. 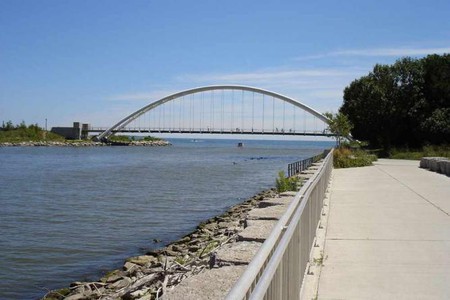 Book Now
One of Toronto’s attractions most in keeping with its lakeshore location is the Ripley’s Aquarium of Canada. Located just southeast of the CN tower, the aquarium has only been open since October 2013 and is thus the most modern landmark on the city’s waterfront. As well as housing over 16,000 aquatic animals, the attraction also hosts a variety of events, including Friday Night Jazz and Overnight Reef Adventures for children to pitch their sleeping bags right inside North America’s longest underwater viewing tunnel. 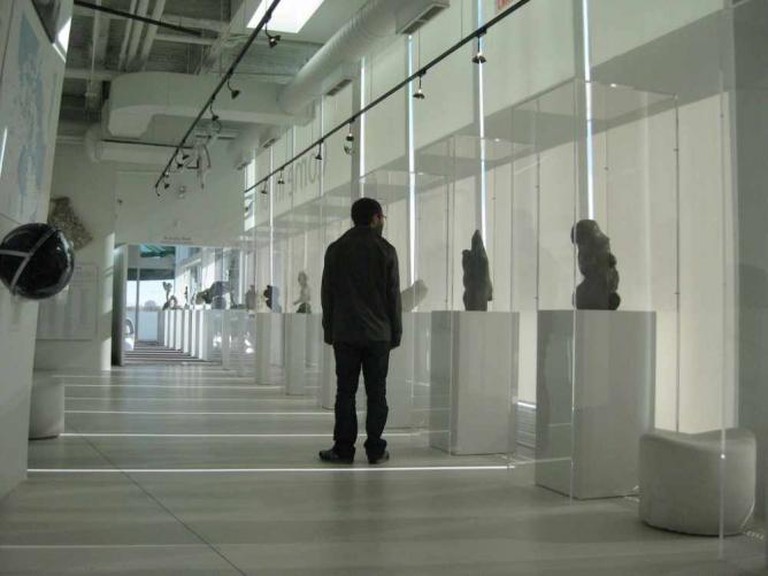 Museum of Inuit Art | © calamity_sal/Flickr
Toronto’s Museum of Inuit Art is the only museum within the southern Canadian provinces to exclusively house Inuit art. Since its establishment in 2007, the museum has held various exhibitions on Canadian cultural foundations, as expressed by the Inuit artistic community. For those with little previous knowledge of Inuit beliefs and creation stories, this is an eye-opening place with a unique collection definitely worth exploring.