The Top 10 Things to See and Do in Squamish, British Columbia

The Top 10 Things to See and Do in Squamish, British Columbia

Stawamus Chief features one of the largest granite monoliths in the world | © Kyle Pearce / Flickr
Squamish is the self-proclaimed “Adventure capital of Canada”, so you can expect to never be bored in this coastal town. From kitesurfing to hiking to mountain biking, Squamish is a great place to visit in British Columbia. Here are the top 10 things to do and see in Squamish.

The Sea to Sky Gondola opened in 2014. A 10-minute gondola ride takes you 885 metres above sea level. Visitors will be blown away by the Howe Sound views as the gondola ascends the mountain. Up the top, there’s the Summit Lodge for food and drinks, a 100-metre (328 ft) suspension bridge, and many hikes and trails depending on your skill level and preference. The turquoise Howe Sound, backdropped by snow-capped mountains, is a sight you have to see in Squamish. 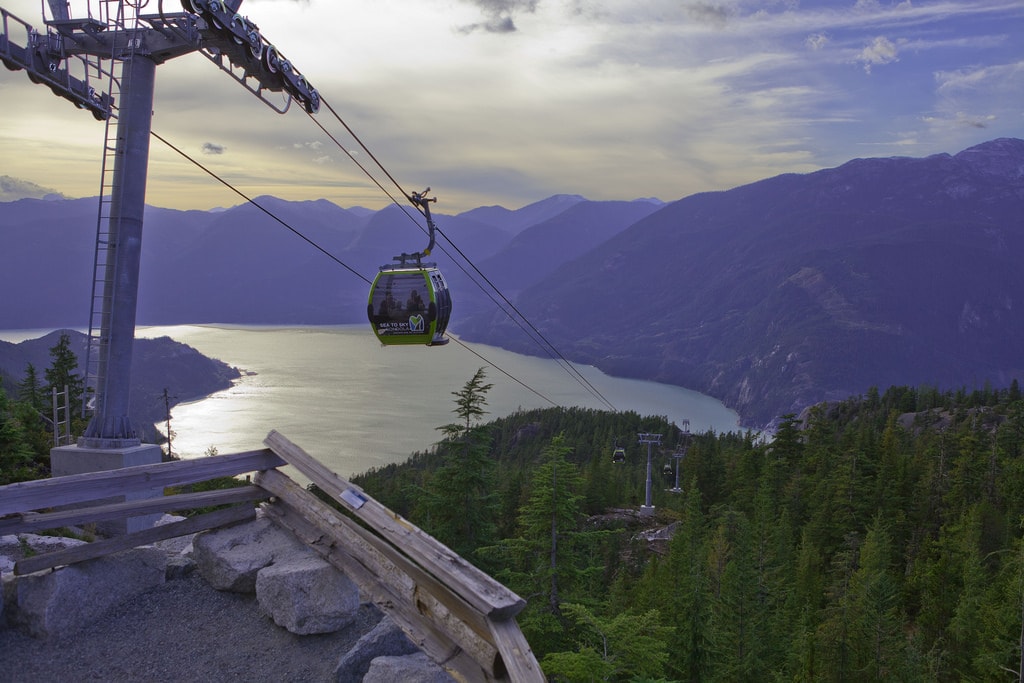 Explore Squamish calls the town “Canada’s rock climbing mecca,” due to its position at the end of one of the Pacific Coast’s deepest fjords. Squamish’s crags are easily accessed from downtown — some are even a mere five minutes from the main street. The Stawamus Chief is a popular option for experienced climbers, Murrin Provincial Park has over 250 climbing routes, and Smoke Bluffs is a great place to climb the town’s famous granite. For beginners, start at Via Ferrata at the Sea to Sky Gondola, with its metal rungs and cable system.

Squamish Spit is one of the 10 best places in the world to windsurf and kiteboard. The Spit is a long but thin piece of land located where the Squamish River meets Howe Sound. On a clear summer’s day, the water is overtaken with brightly coloured sails and kites. The sports are so popular in Squamish that the town hosts an annual Wind Festival, which is all about music, arts, windsports, and community. 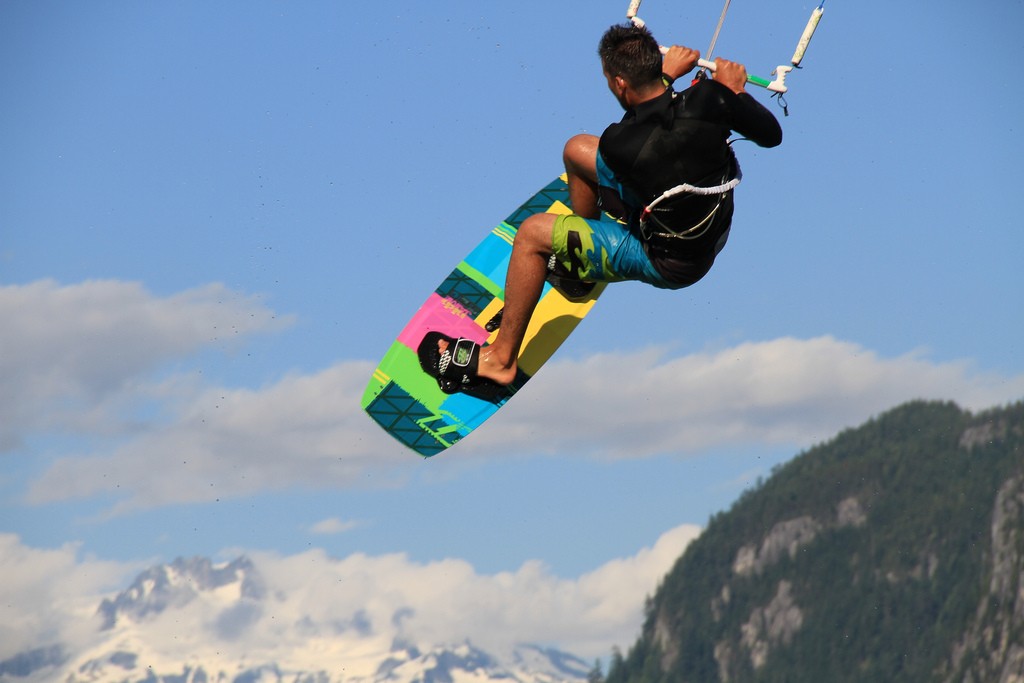 Brackendale Eagle Provincial Park is located in the Squamish River Valley, which is one of the best places to see wintering bald eagles in North America. From November to February, the Squamish River is swimming with spawning salmon, which is what attracts the eagles. Peak viewing is from mid-December to mid-January. The record for most eagles seen is 3,769 in 1994. The park is focused on conservation, and has an Eagle Run viewing shelter as well.

Museum
Britannia Mine Museum | © Jeff Hitchcock / Flickr
The Britannia Mine Museum is an award-winning National Historic Site, and a fantastic family friendly activity in Squamish. It focuses on the history of the British Columbia mining industry, as less than a century ago it was the location of the British Empire’s largest copper mine. Some of the onsite educational activities include hopping on the mine train for an underground tour, panning for gold in the pavilion, learning about the heritage sites from knowledgeable guides, and getting hands-on at the Beaty Lundin Visitor Centre.
More Info
Open In Google Maps
1 Forbes Way, Britannia Beach, British Columbia, V0N 1J0, Canada
+18008964044
View menu
Visit website
Visit Facebook page
Send an Email
Give us feedback

Howe Sound Brewing has been producing award-winning beer since 1996. The brewery’s beer can now be found across British Columbia, Canada, and the United States. Some of their year-round beers include several India Pale Ales, a wheat ale, a honey ale, and an oatmeal stout. Howe Sound Brewing also has a food menu, serving traditional pub grub. The brewery’s best part though might be the view of Stawamus Chief from its patio.

“Technical singletrack, long rock slabs, fast, loamy descents, jump trails, climb trails, and pump tracks, Squamish is a mountain biker’s paradise.” Explore Squamish is right, as there are more than 150 mountain bike trails, making it one of the best places to cycle in British Columbia and the world. Diamond Head is the most well-known biking area in Squamish, with a variety of trails. Head to Squamish Adventure Centre and pick up a trail map before beginning your biking journey.

Head to the market

Market, Street Food, Healthy
There are two fantastic markets to visit when in Squamish. The Refresh Market is held biannually at the West Coast Heritage Railway Park. The market celebrates the local artisan community, as creatives come together and sell handmade and vintage clothes, jewellery and more. There’s also music and food trucks on site. Meanwhile, every Saturday in summer (and every other Saturday in winter) there’s the Squamish Farmers Market, which has over 60 vendors selling local produce and goods. The Vancouver Sunnamed it one of BC’s Best Farmers Markets.
More Info
Open In Google Maps
39645 Government Road, Squamish, British Columbia, Canada
+16048989336
View menu
Visit website
Visit Facebook page
Send an Email
Give us feedback

The Stawamus Chief (known as just The Chief) is one of the world’s largest granite monoliths. The Chief hike is a very popular intermediate hike that goes straight up for seven kilometres (4.3 miles). There are three summits, known simply as First Peak, Second Peak, and Third Peak. Locals says First Peak (four-kilometre round trip) is the busiest, but also the best in terms of Howe Sound views. There are many hikes in Squamish, and if you’re looking for an easier option, check out the Four Lakes Trail. It’s a six-kilometre (3.7-mile) loop in Alice Lake Provincial Park. 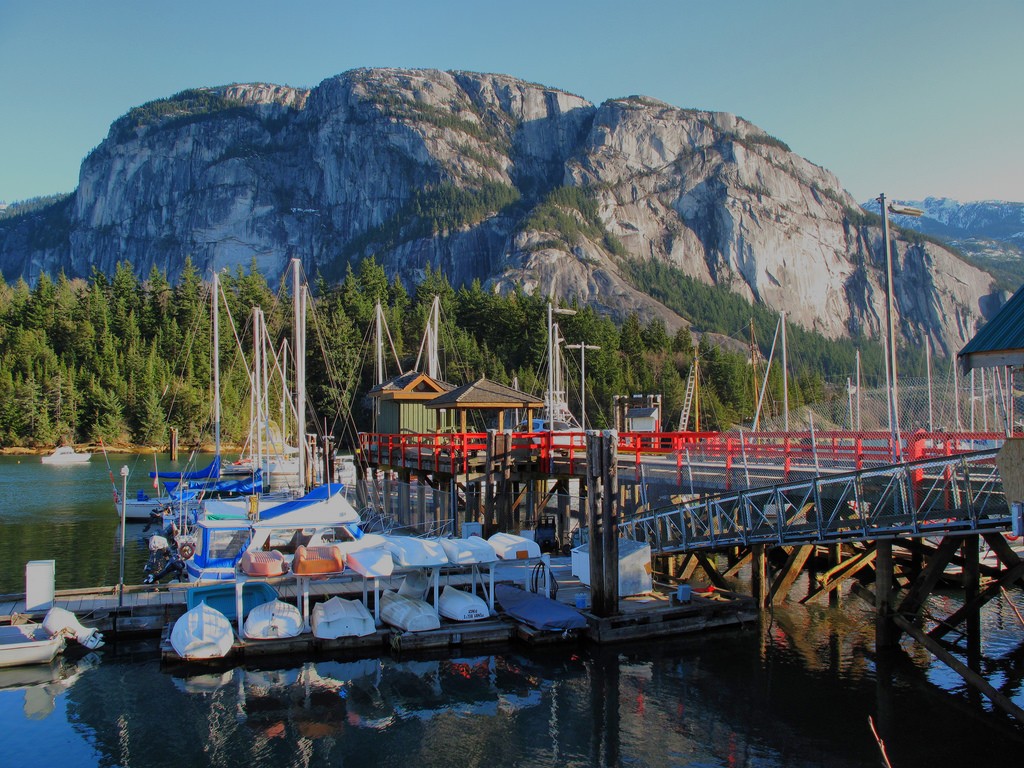 For people visiting Squamish in winter, one of the most popular adventure activities in town is cross country skiing. Tourism British Columbia says: “Squamish is a bona fide Nordic skiing destination, with 230 centimetres (90 inches) of precipitation falling on average in the surrounding Coast Mountains.” The area has some of the most scenic skiable terrain in North America. Two great locations for cross country skiing include the Diamond Head area of Garibaldi Provincial Park, and in Brandywine Falls Provincial Park.