The Story Behind Canada’s “Ghost Restaurant,” the Five Fishermen 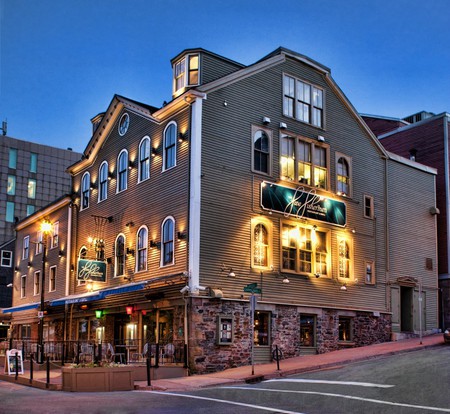 A seafood dinner isn’t the only thing you can find at Halifax’s Five Fishermen restaurant. Both staff and patrons have countless stories of paranormal activity and sightings at this downtown spot, located in one of the oldest buildings in Canada. It’s not surprising either; before becoming a restaurant in the 1970s, the building was a morgue and took in bodies from both the Titanic in 1912 and the Halifax Explosion in 1916.

The building’s history dates back to 1818 when it was constructed as the first free public school in Canada. After the school relocated, it was taken over by Anna Leonowens (whom you may have heard of from The King and I) and became the precursor to today’s Nova Scotia College of Art and Design. 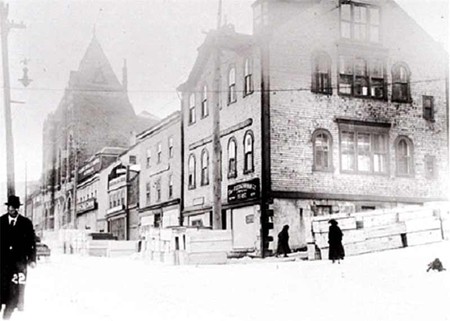 As the Snow morgue | Courtesy of Five Fisherman

Things took a fascinating turn in the early 1900s when the Snow family took possession of the building and opened a morgue. After the sinking of the Titanic, the bodies of wealthier victims were brought to Halifax (the closest seaport to the disaster) and taken to the morgue. A few years later, the Halifax Explosion claimed the lives of thousands of locals, and Snow & Company held services for over 2,000 victims (at a rate of 30–40 per day).

In 1975, the building became the popular Five Fishermen restaurant, and it soon became apparent that some of the previous “tenants” hadn’t quite moved on.

Since its opening, the stories of paranormal activities have continued to roll in, and the spot attracted the attention of the Paranormal Investigation of Nova Scotia in 2014. They made contact with numerous spirits during their investigation and confirmed what many others had seen and suspected! One being that they made contact with told the investigators that his name was Drake; it was later confirmed that a man by that name had been brought to the morgue.

So if you’re in Halifax, maybe you’ll work up the courage to check out this haunted hot spot. Just be prepared to have some unexpected guests join you.