The Stand-Up Comedians From Canada You Need to Know 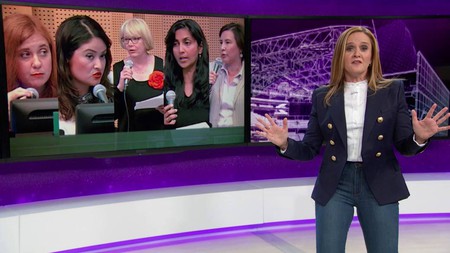 Although they may get overshadowed by their American counterparts, there are a lot of hilarious comedians in Canada. Some of them are so good that they even have live stand-up performances currently streaming on Netflix. Check out these stand-up comedians from Canada when you need a good laugh.

Born and raised in Ontario, Katherine Ryan is now a very successful stand-up comedian. She grew up in Sarnia, located on the border between Canada and the United States. However, since 2008, Ryan has lived in London. She’s made a name for herself across the pond as an actress, presenter, and comedian, as she’s appeared on several British panel shows and sitcoms. In February 2017, Katherine Ryan: In Trouble was released on Netflix. It’s a live stand-up performance recorded on one of her recent tours around the United Kingdom. 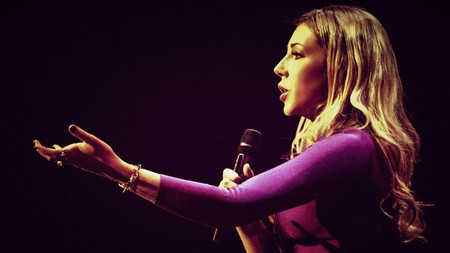 Debra DiGiovanni is another Ontario-raised stand-up comic. Her career began in 2000, but 2005 was her first year at the Just for Laughs Festival, where she was able to open for Russell Peters across Canada. DiGiovanni’s star continued to rise, and she ultimately became a judge on MuchMusic’s Video on Trial, which ended in 2014. Along with other Canadian comedians, they hilariously analyzed top music videos. Today, she regularly tours North America when not writing and producing.

A Canadian actor of Indian descent, Russell Peters talks about both of these countries in his stand-up performances. Peters was born in Toronto and began performing in the city in 1989. Peters believes his performance on Comedy Now! in 2004, which went viral on YouTube, was the turning point in his career. Since then, he became the first comedian to sell out Air Canada Centre in Toronto, in 2007, and followed this by breaking comedy ticket sale records in London, Singapore, and Sydney. Russell Peters Almost Famous is currently available for streaming on Netflix. 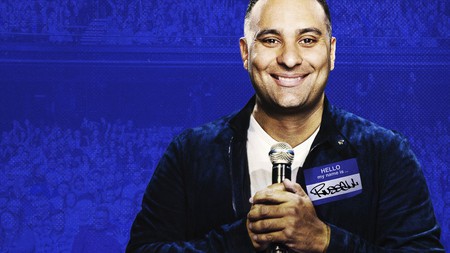 Originally from Ottawa, Jeremy Hotz is known for his “confused, yet very astute, observational comedy.” He has performed stand-up comedy routines across Canada, Europe, the United States, and Australia for several years. His career began in 1997 when he performed at Montreal’s Just for Laughs Festival and received a standing ovation. Hotz also appeared on The Late Show with David Letterman and The Tonight Show with Jay Leno.

Samantha Bee is a well-known comedian in America, but did you know she’s, in fact, Canadian? Bee was born in Toronto and lived in Canada until she became a correspondent on The Daily Show with Jon Stewart. From 2003 to 2015, she was the show’s longest-serving regular correspondent; she then went on to start her own late-night show: Full Frontal with Samantha Bee. The first season, in 2016, garnered critical acclaim, and it made Bee the first woman to host a late-night satire show.

Brent Butt—a stand-up comedian, actor, producer, and writer—was born and raised in Saskatchewan. He’s best known for his role on the sitcom, Corner Gas, which aired for six seasons (2004–2009). It was Canada’s number one comedy and broadcasted to over 26 countries. In 2014, he had two films debut that he wrote, produced and starred in: No Clue and Corner Gas: The Movie. Today, Butt is still performing his prairie-orientated stand-up comedy routines across the country.

Time Magazine said Ontario-born Seán Cullen was a “vanguard of comedy’s next generation.” His comedy routines regularly combine improvisation with mimicry and music. A multi-award-winning performer, Cullen is “impossible to categorize with his unique comedy, acting, writing and musical talents.” He’s appeared on multiple TV shows, including his own 2003 series on CBC called The Seán Cullen Show. He also has a podcast called The Seánpod. Cullen regularly works as a voiceover performer and author when not being a stand-up comedian.