An Insider’s Guide to Toronto’s Most Vivacious Drag Shows 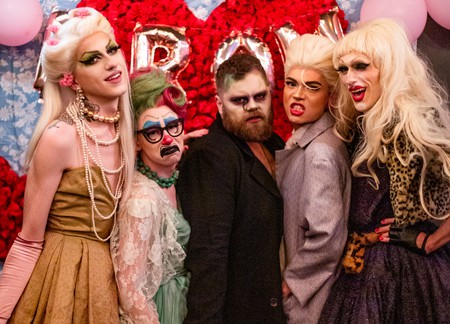 Turn off the Drag Race reruns – Toronto’s drag scene is brimming with stellar shows of its own. And who better to play tour guide than the Diet Ghosts? Let the city’s queens of the underworld show you the best drag shows, bars and performers in Toronto.

Toronto is a menagerie of art and theater, meaning the city is also bursting with latent drag talent. To guide you through the drag scene are the Diet Ghosts, Toronto’s quirky queens of the underworld. Comprising Prince Johnny, Lucinda Miu, Kitty Creature, Lady Kunterpunt and Aura Nova, the Diet Ghosts share the lay of the land, mapping out can’t-miss performances by their peers, venues they love performing in and shows they hit on their nights off. If you haven’t ventured into the city’s drag world before, consider this an invitation. 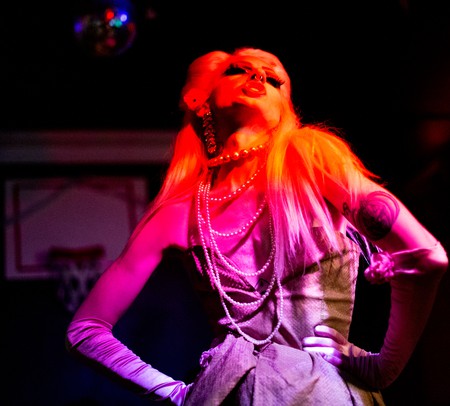 If you notice much of this list veers westward, it’s because the city is divided into two camps: The Village and the West End. The Village has been a capital of queer culture for decades, providing a safe, welcoming space for people of all creeds since the 1960s. Bars such as Crews & Tangos and Woody’s are stalwarts of the drag scene, regularly bringing in some of the most revered queens in the city.

The West End is home to a new guard. Many of the performances here are quirky, kooky and veer away from glamorous tropes of mainstream drag. “When I do perform in the village,” explains West-Ender Lucinda Miu, “you can’t hide the fact that I’m a weirdo! Once, I did ‘Maneater’ by Nelly Furtado; I started sniffing through the audience to find someone to eat.” 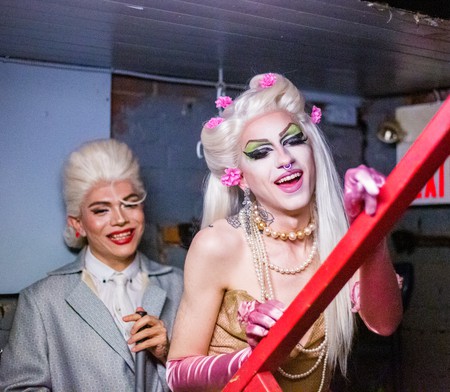 While this separation may sound like the beginning of a West Side Story turf war, both communities cheer each other on. As Aura Nova, of Diet Ghosts, explains, “When we go to The Village, we get to see what they’re doing, and they’re always so supportive. And having Village queens on our turf is always fun!

“The differences are in performance structures. In The Village, they focus on performances. In the West End, we put out ideas; we focus on a singular theme throughout the night rather than perfecting a series of songs. One isn’t better than another. There are benefits of both, and there’s a lot of mutual respect.”

So, off you go to one of the below venues where you’ll find bearded drag kings, cryptid monsters, campy queens and queens who just crawled out of a nightmare. This list will lead you to Diet Ghost’s must-see performances in their ‘hood, from amateur strip nights to Drag Race riffs to boozy movie marathons.

With their shows, Halal Bae and Babia Majora, a gender performer, give people of color performance opportunities and spaces to thrive in the community. They don’t have set shows, but keep eyes on their Instagrams for upcoming events. Past parties included an LGBTQ Middle Eastern party, Drag Race viewing parties and trans and binary-centric talent showcases. Whatever the event, the focus is on extending the drag world. “It’s not just queens anymore – there are many kings and gender performers and clowns and flower performers,” explains Kitty.

Meet Yovska, the ‘drag cryptid’ of your worst nightmares

“You could call Yovska a queen, but he’s a drag monster. A drag cryptid,” touts Aura. “He is always in crazy, crazy looks!” Yovska’s looks live in the realm of gory couture. Masks, claws and nightmarish silhouettes are the norm – as if ripped out of a Guillermo del Toro flick. Yovska has been cast on the upcoming season of The Boulet Brothers’ Dragula, coming to small screens across the world. “The show is the evil monster sister to drag race. Instead of lip-syncing for their life, contestants get buried alive – they get bugs thrown at them and needles in their skin. It’s insane!”

The Diet Ghost’s ‘Thrills and Chills’ at The Beaver

Many of the Diet Ghosts hold a theatre degree, and it’s evident in the production quality of each performance. The group’s tracks are sound designed to perfection. Meanwhile, the bare walls of The Beaver are transformed to whatever occult fever dream the group feels like dragging their guests into. Themes are pulled from the canon of horror flicks, meaning they can riff from the cheery Little Shop of Horrors to the blood-splattering of ’80s slasher flicks. It’s loud, quirky, over the top and not to be missed.

‘Künst Kids’ by Kasper the Queer Ghost at The Beaver

The first Fridays of the month are dedicated to the Künst Kids, a fashion-fueled takeover of The Beaver hosted by Kasper the Queer Queen and The Ugly One. “The show has a heavy focus on the runway and costuming,” explains Aura. “They decorate the space to the theme and encourage people to come in looks. While our thing is narrative, Künst Kids are all about arts and visuals. Hit their shows, and you’re guaranteed a really interesting runway and a stellar costume contest. At the last one, they had crazy prizes like a giant chicken wing. It’s ah-mazing.”

Amateur Strip Night at Round Venue

“So many new queens had their first foray into drag at Amateur Strip Night,” says Lucinda. “It’s judged, hosted and organized by Allysin Chaynes and Jacklynne Hyde. The event is an amalgamation of strange, cool performance art … where people take their clothes off. It’s one of my favorite events in the city! Allysin and Jacklynne foster such respect for new performers, and it’s such a safe space for new drag artists. They’re always excited about what you do, and they’re always astute with their critique. But, it is an actual competition – people can win!” Entry is five Canadian dollars ($4) before midnight, 10 dollars ($7.50) after.

Gladstone Hotel’s ‘Thursdays are a drag’ 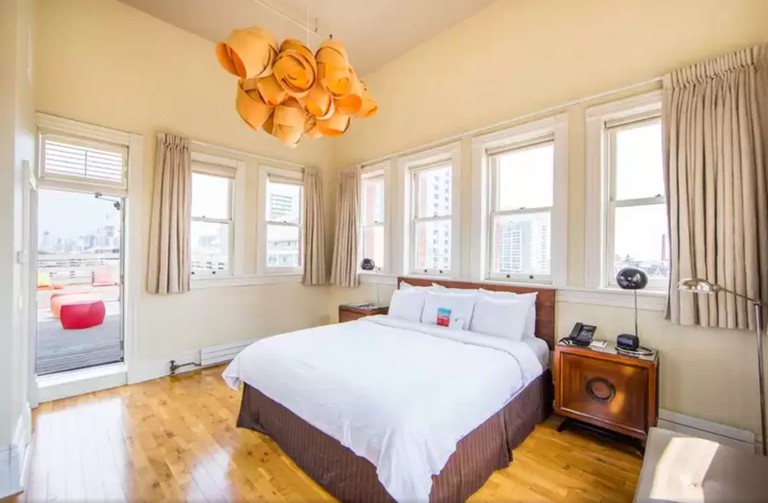 “There are lots of Drag Race viewing parties around the city, but Allysin Chaynes’ party with Champagna at the Gladstone is the best one,” promises Kitty. “It’s a beautiful venue, and the hosts nail it. There’s a part after each episode airs called the secret show, where Chaynes, Champagna and a guest have to perform a song picked by a friend on the spot.” Head down to the Melody Bar at the Gladstone before the 9pm start. The room fills up fast, so get a headstart with a charcuterie board and a cocktail or two.

Cinema
Facebook
Email
Twitter
Pinterest
Copy link
Share
Map View
Chaynes is also behind a rip-roaring movie night at The Royal Cinema.“[The cinema] screens crazy cult movies like Heathers, Jawbreakerand Indiana Jones. Chaynes brings a special guest. They have two chairs, two mics and a spotlight on them through the entire movie, and they just rip on it while the alcohol flows. It’s amazing! She’s one of the funniest people I’ve ever met in my entire life,” praises Aura. Tickets are 15 Canadian dollars ($11) at the door and 12 dollars ($9) if you buy them early.
Open In Google Maps
608 College Street, Old Toronto Toronto, Ontario, M6G 1B4, Canada
+14164664400
Visit Website
Give us feedback
Give us feedback