Where Does the Name Quebec Come From? 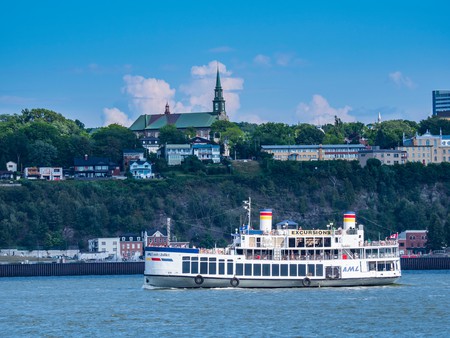 Quebec has had several names throughout its history, including Canada, New France, Lower Canada and Canada East. The current name can be traced back to the language of the region’s original First Nations inhabitants, which was later influenced by the French Canadian identity that developed there upon the first European contact. Here is how the name of Canada’s largest French-speaking region developed.

The origins of the name Quebec comes can be traced back to the Algonquin word for “narrow passage” or “strait.” The term was first used to describe the narrowing of the St. Lawrence River near what is now Quebec City, which became the focal point of subsequent European contact and colonization.

In 1534, French explorer Jacques Cartier raised a cross at the Gaspé Peninsula, claiming the surrounding land in the name of King Francis I. Although initial attempts at settlement failed, by 1608 Samuel de Champlain led another expedition along the St. Lawrence River to establish Quebec City, intending to integrate the region and its resources into the French empire. He founded the Habitation de Québec, a permanent fur-trading outpost in New France, where he foraged a trading relationship with the local Algonquin and Huron nations that would ultimately develop into a military alliance.

The capitulation of New France

Due to political and military tensions shaped by imperial expansion, the settlement at New France faced challenges from British forces that led into the Seven Years’ War (often referred to as the French and Indian War in the US, or tellingly, as La Guerre de la Conquête, or War of Conquest, by French Canadians). After a series of battles that culminated on September 13, 1759, the British forces of General James Wolfe defeated those of French General Louis-Joseph de Montcalm on the Plains of Abraham outside Quebec City.

France subsequently ceded its North American territories to Great Britain through the Treaty of Paris in 1763, and the British Royal Proclamation of that same year renamed the Canadian portion of New France as the Province of Quebec. 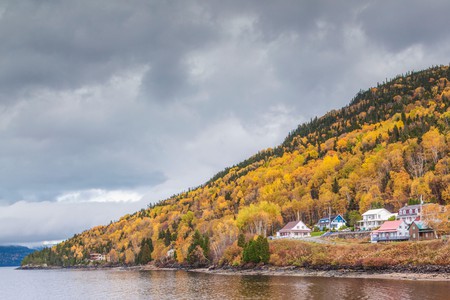 Due to tensions mounting in the south that would eventually lead into the American Revolution, the British were worried that the approximately 90,000 French-speaking Canadians in Quebec – who felt little loyalty to their new British administrators – might rise in support of the growing rebellion. There were also frictions between the French Canadians and the newly arrived British subjects.

Aiming for the allegiance of the French Canadians, early British colonial governors eventually put forward the 1774 Quebec Act. This provided the people of Quebec, known as Canadiens, their first Charter of Rights as well as allowing them to maintain French civil law and their Roman Catholic religious practices. Ultimately, this paved the way for later official recognition of the French language and French Canadian culture.

Division of the Province of Quebec

Tensions continued with the French and British living side-by-side in the region, which led to another name-change. The subsequent creation of Upper and Lower Canada as separate entities with their own governments in 1791 allowed Loyalists to live under British institutions and laws, while the French-speaking population of Lower Canada could retain their familiar French civil law and Catholic religion – a division that would eventually lead to the modern-day provinces of Quebec and Ontario. 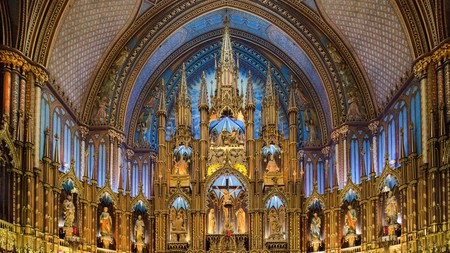 Rebellion in Lower Canada and the Act of Union

As a result of ongoing dissatisfaction with British rule, the French Canadian residents of Lower Canada formed an armed resistance in 1837. They made a Declaration of Rights as well as a Declaration of Independence of Lower Canada in 1838. These actions resulted in rebellions in both Lower and Upper Canada, which were ultimately defeated. Hoping to prevent future rebellions, the British eventually merged the two colonial provinces into a single Province of Canada in 1840, under the Act of Union. The two colonies remained distinct, however, in administration, election and law. Importantly, the French language would regain legal status in the Legislature.

Finally, throughout the 1860s, delegates from the colonies of British North America (including the Province of Canada, New Brunswick, Nova Scotia, Prince Edward Island and Newfoundland) discussed the prospect of a new confederation. As a result, in 1867 the Dominion of Canada was established under the British North America Act. Once again, the former Province of Canada was divided into its two previous parts as the provinces of Ontario (Upper Canada) and Quebec (Lower Canada). Gradually, the other provinces that now make up the current map of Canada also joined Confederation, culminating with Nunavut in 1999.

The province we now refer to as Quebec has thus had many names through history. From its origins as a descriptive geographical term in an indigenous language to its current form, the evolution of the name Quebec reflects the province’s complex colonial history that continues to shape its politics and identity into the present day.