The Most Affordable Canadian Cities to Move to 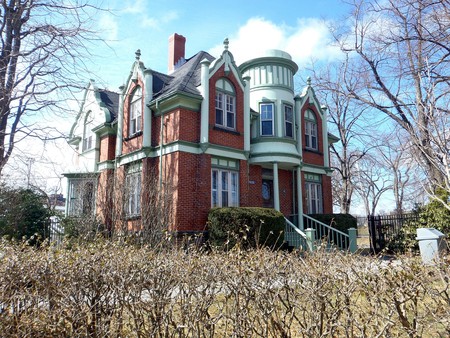 When looking at affordable Canadian cities to move to, there’s two important factors to take into account: housing prices and the job market. Some cities may have cheap rentals, but they also might have limited jobs available. Here’s a look at the most economical Canadian cities to live in today.

Kingston, located on Lake Ontario’s foreshore, has been repeatedly named the best place to retire to in Canada. It offers an excellent quality of life, with a cool climate but sunshine about 45 percent of the year. It’s attractively located two hours from Ottawa, 2.5 hours from Toronto, and three hours from Montreal. Kingston also effortlessly combines the amenities of a city (thriving entertainment scene and many excellent restaurants included) with small-town charm. The median house price is just over $300,000 (£182,390). 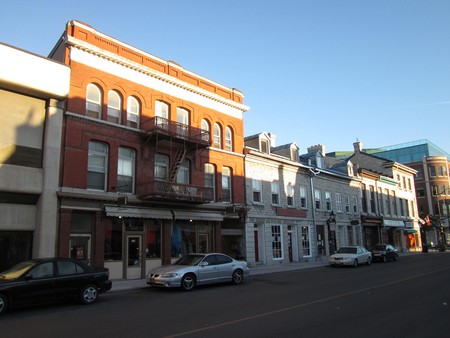 Saint John is the largest city in New Brunswick and the second largest of the Maritime provinces. Its population in 2011 was about 130,000 people, and its average house price that year was just $182,000 (£110,955). Saint John’s average house price today remains around the lowest in Canada, but there are fewer job prospects here as in other affordable Canadian cities—something to remember, even when the housing price is so incredibly low.

It’s amazing to see so many capital cities on this list, but Alberta’s capital is a surprisingly inexpensive place to live in Canada. Edmonton, home to over 800,000 people, has an average house price of $355,000 (£274,365). It also has one of the least competitive job markets in the country, so it’s a very attractive option compared to Calgary, the other major city in Alberta, where the average house price is a whopping $450,000 (£271,430). Edmonton’s only downside is that the minimum temperature for half the year is either freezing or below freezing. 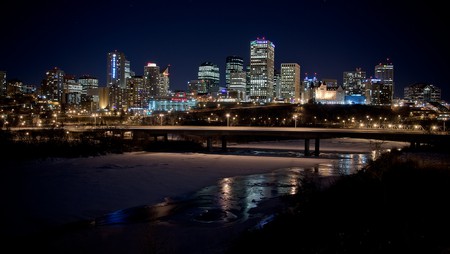 Kitchener is part of the Tri-Cities area in Southern Ontario, approximately 62 miles (100km) west of Toronto. Together with its neighbors, Waterloo and Cambridge, the area is very affordable and not too far from the big smoke. In 2015, the average house price here was $350,000 (£213,535), compared to $650,000 (£396,535) in the Greater Toronto Area. Classified as a “tech hub,” Kitchener also has one of the strongest job markets in Canada. So for both locals and commuters, Kitchener is an appealing place to live in Ontario.

Halifax may be primarily known for its maritime history, but it’s also a very affordable place to live in Canada. Last year, the population in the metropolitan area reached just over 400,000 people. Although the population is growing steadily, the house price remains low. It averaged $290,000 (£176,908) in 2016, which is eye-catching for a capital city. Halifax also has a very healthy job market; The Loop even classified it as the least expensive city in Canada, due to its perfect combination of low prices and high job prospects.

Windsor is located directly across the river from Detroit and is the only city in Canada that looks north to the US. An extremely convenient city like Windsor would be expected to have an expensive price tag to match, but this isn’t the case. The average house price is $227,000 (£138,475), and it has a strong job market, thanks to its title as the automotive capital of Canada. The population in 2011 was 211,000 people.

Regina might have to fight Halifax for the title of most affordable city, according to the Huffington Post. The average house price here is $312,000 (£190,346), whereas house prices in Saskatchewan’s other big city, Saskatoon average $361,000 (£220,212). Regina is also creating more jobs for its residents, which is why it rates so highly. The Saskatchewan capital had a population of 193,000 in 2011, so it’s a smaller city with all of the amenities that come with being a capital. 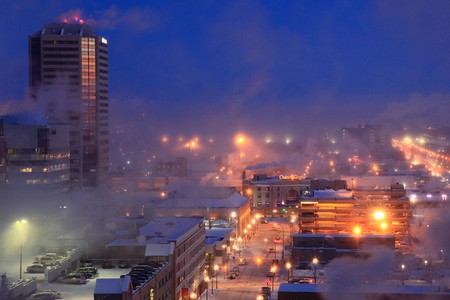 The only city in Quebec to make the affordability list, Trois-Rivières is only a 1.5-hour drive west of Quebec City and is located at the confluence of the Saint-Maurice and Saint Lawrence Rivers. Trois-Rivières is on the smaller side, with 135,000 residents, which means there aren’t a lot of job prospects. But those who do secure a job in or near the city should count themselves lucky, as house prices here average an incredible $147,000 (£89,660)—the lowest rate in any urban area of Canada.

Located in the Canadian Prairies, Winnipeg actually has the most affordable housing out of all of Canada’s capital cities. The Manitoba capital’s average house price is $278,000 (£169,555). Winnipeg also has a high employment rate, which translates to about 94 percent employment. The quality of life in Winnipeg is also considered great, thanks to low housing costs, minimal commute times, and its health care services. For those who can handle the freezing winters, Winnipeg is a good choice for Canadian city living.