The History Of The Scadding Cabin, Toronto In 1 Minute 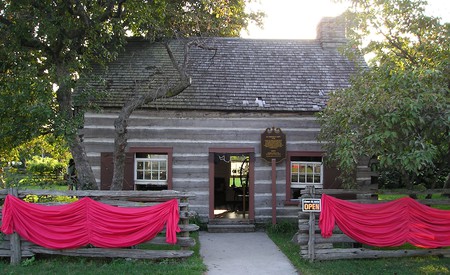 Meet Toronto’s oldest building: The Scadding Cabin, a small, two-storey cabin from the late 18th century. Made from square logs and designed with short ceilings to keep its occupants warm during brutal winters, the Cabin represents the city’s long-standing history since its beginning days as the Town of York. Today, guests can visit the cabin situated just west of the Bandshell and experience what life during the 1800s was like – from the 19th-century-inspired furnishings and gardens to Mrs. Scadding’s own artifacts for sale, including her recipe and receipt books.

John Scadding, an assistant to John Simcoe, Upper Canada’s first Lieutenant Governor, was the cabin’s first owner. He had the cabin built in 1794 by the Queen’s York Rangers – a Canadian army reserve – on his 250-acre property that sat on the east bank of the Don River. He sold the property to William Smith in 1818, and in 1879, his son John gave the 85-year-old cabin to a historical group, the York Pioneers (The York Pioneer and Historical Society, or YPHS) – the society was started by a small group of men in 1869 who wanted to preserve ‘the pioneer history of York township’.

Working with the founders of the Toronto Industrial Exhibition (CNE), the York Pioneers decided to move the cabin from current-day Queen Street and the Don Valley Parkway intersections, where the cabin stood at the time, to its current site on the exhibition grounds – and they did it just in time for the CNE that year. How the cabin was physically moved remains unknown; however, current-day York Pioneers speculate that the house was torn down piece by piece, floating the logs down the Don River to the shores of Lake Ontario where they were gathered and brought to the current site to rebuild the cabin. 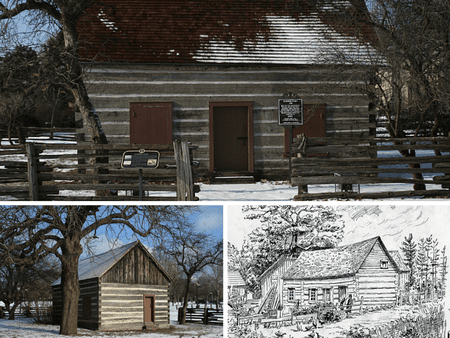 Headlines from that day flashed with the news of the cabin being re-built. According to the Pioneers, some of the group’s members met at a seed store on Adelaide Street prior to the rebuilding, where they all gathered on a wagon and headed down King Street, flying their ‘York Pioneers’ flag high. Meeting other volunteers at the site, the rebuilding began and lasted from the early morning until 5 pm that evening. Upon its completion, a cannon was fired, and a bottle was broken over the re-constructed ‘Simcoe Cabin’, which was later renamed the ‘Scadding Cabin’ in memory of the first owner’s son, Henry Scadding – a renowned historian and a founding member who served 18 years as the president of The Pioneers.

Today, visitors can take a tour headed by YPHS volunteers dressed in 19th-century costumes where they can learn the history behind the cabin and its artifacts. Admission is free, but donations are appreciated.

📅 Open every day during the Canadian National Exhibition (CNE).