With 140 neighborhoods officially recognized by the City of Toronto, Toronto has something for everyone — whether you’re coming for a visit or planning your next move. Along with all the neighborhoods the city has comes a lot of history. Here are some things you probably didn’t know about some of the popular Toronto neighborhoods. 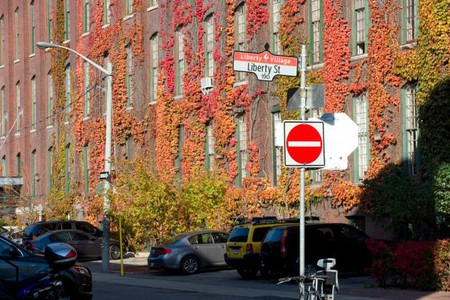 Liberty Village | © The City of Toronto/Flickr

Liberty Village didn’t start to grow in popularity until the early 2000s, because it had been solely dedicated to the manufacturing industry in years prior. Liberty Village was the center of John Inglis and Sons, a facility that manufactured things like machinery, engines, machine guns for World War II, heaters, stoves, and even fishing tackle. The area was also home to Toronto Central Prison, which opened in 1873, and a reformatory for women — where women were placed for things such as unwed pregnancy and everything in between.

The prison closed in 1915, and the reformatory was shut down in the ’60s after the government realized it couldn’t turn a blind eye to what was going on behind those doors. What many people don’t know is, this is where Liberty Village got its name — when prisoners were set free, the first street they walked on was Liberty Street!

In the early ’80s, industry had moved out of the area, and Liberty Village was essentially abandoned. It wasn’t until the early 2000s that Liberty Village was reintroduced with a ‘positive’ brand by the property owners and developers in the area. This led to what is now considered a trendy, pristine neighborhood for young people and their families.

Home to the largest and best-preserved collection of Victorian Industrial Architecture in North America, The Distillery District is a historical and beautiful area. The growth of the area started with The Gooderham and Worts Distillery in 1837, which at one time contributed more money to the country than any other enterprise. The distillery made it through hardships, including becoming an acetone manufacturer during the war and prohibition in 1914, but remained open for an impressive 153 years.

In the early ’90s, the distillery became the second largest film location outside of Hollywood and was used in over 1,700 films. In 2001, the distillery was purchased and restored into a pedestrian-only village filled with cute boutique shops, restaurants, and a whole lot of history. 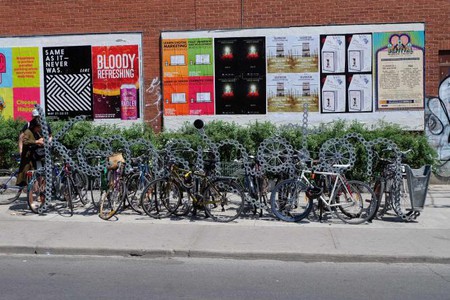 The history of this area goes way back to before there was anything close to resembling a market. After serving in the War of 1812, George Taylor Denison purchased the land that encompassed what is now known as Kensington Market, and in the 1880s, small houses were built to accommodate immigrants (many of these houses still stand today). The area was heavily populated with Jewish Immigrants in 1910, which is how the area became known as ‘The Jewish Market,’ as more houses were built and an open-air market began. People sold things in front of their houses, which turned into extensions at the front of their houses, and then became makeshift shops on the owners’ front porches and first floors — a style you can still see today in many of the shops.

After World War II, much of the Jewish population moved and were replaced by immigrants from all over the world, who continued to trickle in throughout the Vietnam War. Each wave of immigrants brought greater diversity to the area that you still see today. The area is now filled with quirky shops, restaurants, and is a showcase for Toronto’s diversity. 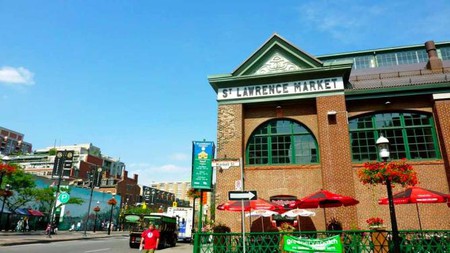 St. Lawrence is not a neighborhood as commonly talked about as some of the others in the city, but it’s definitely one Torontonians and tourists will find themselves in at some point or another. Why? This neighborhood is actually as old as Toronto itself. Prior to becoming ‘Toronto,’ the area was known as the Town of York (1793), which comprised ten city blocks that included the current-day St. Lawrence neighborhood. It was home to the first parliament buildings in Upper Canada, and the famous Saturday farmer’s market, which still operates today, started in 1803. The neighborhood was also home to Toronto’s first city hall in 1834.

Once significant work was done to the nearby waterfront in 1840, the area became home to a bustling harbor that provided plenty of employment for the city. In the ’60s a housing project began after the industrial uses of the area declined, and although the average person may not be able to point out why, St. Lawrence has been critically acclaimed as a major urban planning success and has been an inspiration for design and planning across North America. 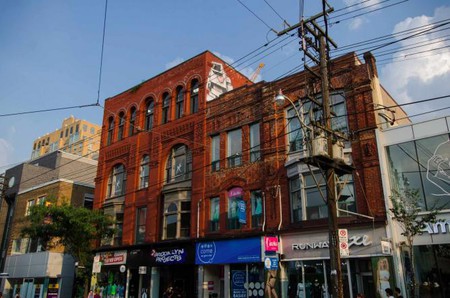 Queen West was named by Vogue as the second coolest neighborhood in the world, and it’s not hard to see why — it is home to hip bars, coffee joints, retail shops, and the largest concentration of art galleries in the city. Queen Street wasn’t officially given its name until 1837, when it was renamed from Lot Street in honor of Queen Victoria.

Although Queen West actually encompasses several neighborhoods that the street runs throughout, the original ‘Queen West’ is technically the stretch between University Avenue and Spadina Avenue — a cultural hub in the ’80s, haven for musicians and artists. Local students transformed the area, and it developed in the ’70s and ’80s as a dominant center for Canadian music.

Several changes to the neighborhood in the late ’80s made it more mainstream and attracted a wider array of people and businesses. Today, although the street is sprinkled with mainstream stores, you can still find some of the original businesses, like the Cameron, Horseshoe Tavern, and The Rivoli.