The Finest Canadian Chefs You Should Know 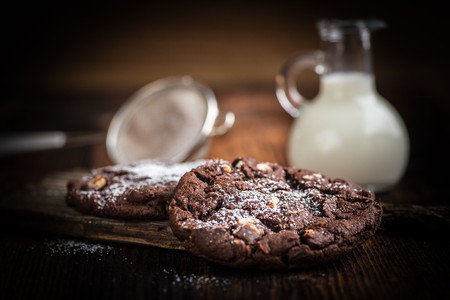 From coast to coast, Canada is home to many amazing and creative chefs. With a focus on sustainable produce, Canadian chefs are changing the way people dine. Here are some of the finest chefs in the country, whose names you need to know.

Undoubtedly one of Canada’s most well-known chefs and the country’s biggest selling cookbook author, Michael Smith is “an inspiration for families creating their own healthy food lifestyle.” On Canada’s Food Network, he hosts Chef Michael’s Kitchen, Chef at Home, and Chef Abroad. He’s also a judge on Chopped Canada. Along with his wife, Smith is the proprietor of Prince Edward Island’s The Inn at Bay Fortune and the head chef of the on-site restaurant, FireWorks.

Lynn Crawford is also a judge on Chopped Canada, as well as a cookbook author and the host of her own award-winning Food Network program, Pitchin’ In. Crawford also owns and manages one of the best restaurants in Canada: Ruby Watchco in Toronto. She said it was always her dream to open a restaurant—which features a prix-fixe menu that changes daily—in her hometown. Indeed, it actualized her philosophy: “food should be locally grown, harvested and raised, and cooked to perfection with heart.”

A Vancouver-based chef, Rob Feenie is the head chef at Cactus Club Cafe, which has locations across the Greater Vancouver area. He has previously worked as a sous chef in some of Western Canada’s top restaurants and at two three-Michelin-star restaurants. Throughout his career, Feenie has received international culinary recognition and has published four cookbooks. In 2005, he became the first Canadian to win Iron Chef America.

Chuck Hughes is so passionate about food that he has bacon, lemon meringue pie, and a lobster tattooed on his arm (just to name a few). He co-owns Montreal restaurants Le Bremner and Garde Manger with his two best friends and hosts Chuck’s Day Off, a critically acclaimed TV series. In 2011, Hughes became the youngest Canadian chef to win Iron Chef America, thanks to his secret weapon: Canadian lobster.

Known as “Canada’s baking sweetheart,” Anna Olson hosts three different shows for the Food Network. These are Bake with Anna Olson, Fresh with Anna Olson, and Sugar. She can also be found on her Oh Yum with Anna Olson YouTube channel, which features practical cooking tutorials and tips. Olson currently lives in Niagara’s wine country with her husband, who is also a chef.

McEwan began his chef career as the youngest executive chef ever at Toronto’s prestigious Sutton Place Hotel. Since then, he has become a leader in Toronto’s restaurant scene as the owner of North44, ByMark, One Restaurant, and Fabbrica. In 2009, he opened the gourmet food store McEwan in Toronto, which is “a jewel box of a grocery store that caters to foodies and chefs alike.” McEwan is also the head judge on Top Chef Canada and the best-selling author of Great Food at Home.

Roger Mooking is a celebrity chef, restaurateur, TV host, cookbook author, and award-winning recording artist. He’s the executive chef of Twist by Roger Mooking at Toronto’s Pearson International Airport. On screen, he hosts and co-created Everyday Exotic, co-hosts Heat Seekers, hosts Man Fire Food, and is a recurring judge on Chopped Canada. As his biography states, “You could say Roger has a full plate.”

Christine Cushing has been showing Canada how to cook for 15 years. Some of her hit television shows include Christine Cushing Live on the Food Network; Fearless in the Kitchen on the Oprah Winfrey Network; and Confucius was a Foodie on National Geographic Asia. Cushing is also the resident chef on The Marilyn Denis Show. She is the author of three cookbooks too and has a line of artisan food products that are available in select Canadian stores.

Bob Blumer is a Gastronaut and seven-time food-orientated Guinness World Record holder, thanks to his show Glutton for Punishment. He also created and hosts two other series: Surreal Gourmet and World’s Weirdest Restaurants. Blumer’s artful approach to cooking and his contagious enthusiasm means he has a loyal following in North America, Asia, and Europe. He also wrote five cookbooks, including the bestselling Pizza on the Grill, which had a second edition released in 2014.