The Essential Guide to Seeing Polar Bears in Canada 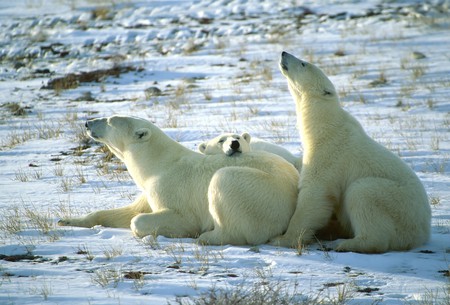 Churchill in Manitoba, a central Canadian province, is known as the Polar Bear Capital of the World. There is nowhere better to see polar bears, the largest living species of bear, in their natural habitat. Here is an essential guide to seeing polar bears in Canada, from Churchill to Nunavut’s Arctic Archipelago.

Where to see polar bears in Canada

Churchill is undoubtedly the best place to see polar bears in Canada. Its location on the Hudson Bay in far north Manitoba makes it a prime destination as it is where the bears spend their winters once the bay freezes over. They live on the ice as it’s the best place to hunt for seals. However, Churchill is not the only place you can see polar bears in Canada.

Nunavut’s Baffin Island, the largest island in the country, is also a popular home for polar bears due to its Arctic location. Resolute, on Cornwallis Island in Nunavut, is home to a small Inuit community and is an ideal location for polar bear spotting as well. 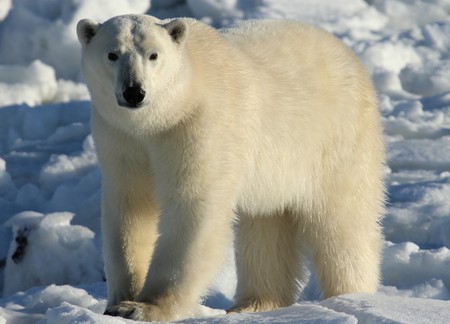 In Nunavut’s Arctic region, tours to see the polar bears usually happen between May and July. During this time on Baffin Island, there’s 24-hour daylight, and you can usually spot polar bears hunting on the ice. However, in Churchill, the best time to see polar bears is October to November; this is when the polar bears make their way to their winter home in Hudson Bay. Churchill has the highest concentration of polar bears in the world around mid-October, with some 600 to 1,000 bears amassing along the coast between the Nelson and Churchill Rivers.

How to see the polar bears

Although they look cute and furry, polar bears are still bears and the world’s largest land predator. Don’t approach them or venture off searching for them alone; they’re the only animal to actively stalk humans. There are several tour companies offering tours from Churchill and beyond to Nunavut. Churchill’s tour companies are equipped with unique tundra vehicles.

The vehicles move smoothly over snow and ice and have a higher ground clearance, making them ideal for up-close polar bear spotting. Polar bears are curious creatures and have been known to come right up to the vehicles for a better look. In Churchill, other ways to see polar bears include staying in wilderness lodges on the bears’ migration route, canoeing Seal River and taking guided walks. Around the Arctic, the best way to see them is on a cruise ship or zodiac. 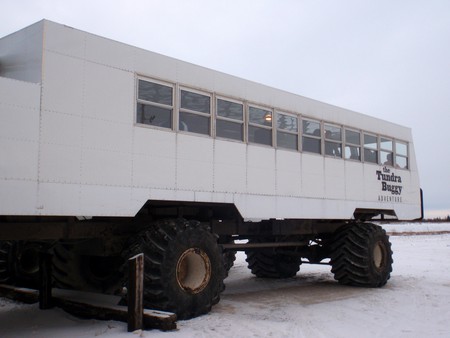 All Aboard the Tundra | © Emma/Flickr

Why see them in Canada?

There are about 20,000 to 25,000 polar bears worldwide, including in Alaska, Canada, Russia, Greenland and Svalbard (a remote Norwegian archipelago). Out of all of these locations, Canada is the most accessible besides Alaska. But you are guaranteed to have a greater chance of seeing them in Churchill in the fall than anywhere else in the world. 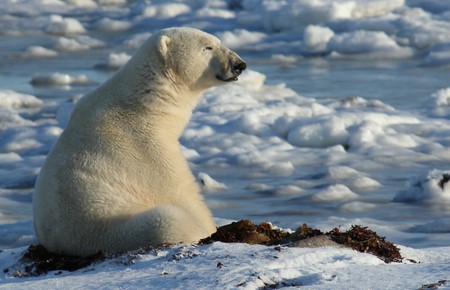 Although many tour companies provide thick jackets for polar bear viewing, visitors will still need a good winter parka for all other outdoor adventures. The usual suspects, including a scarf, gloves, thick socks and fleece layers, are also recommended. Keeping warm is even more paramount once you enter the Arctic.