The Definitive Guide to Street Food in Toronto 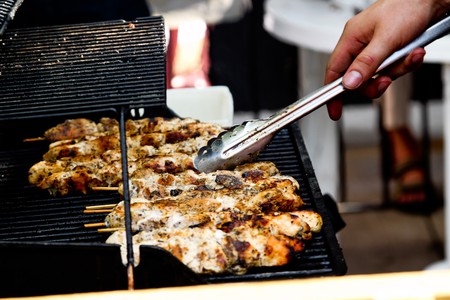 The street food scene in Toronto has seen its fair share of bureaucratic controversy over the years, but that hasn’t deterred the proliferation of food trucks and food festivals throughout the city—proving that the best eats aren’t just found behind restaurant doors. Here’s a guide to getting the best street food in Toronto.

The city’s food trucks serve up far more than just street meat—though you’ll certainly find hot dog vendors at many street corners in the downtown area at all times of day and night. If you’re up for something quintessentially Canadian, you can also check out the roaming Smoke’s Poutinerie truck, which also dishes out at least 15 varieties of poutine, that beloved, artery-clogging concoction of fries, cheese curds, and gravy, from its three in-house locations.

You should also know about some of the main hubs for food trucks around the city because they tend to gather at particular downtown rallying points. Key spots include Roundhouse Park by the Rogers Centre, where favorites like the Blue Donkey Streatery serve delicious eats to the crowds gathering for Blue Jays games throughout the summer. Another hot spot is Yonge and Bloor, where you can find Urban Smoke and Buster’s Sea Cove lining up in front of the Royal Bank. 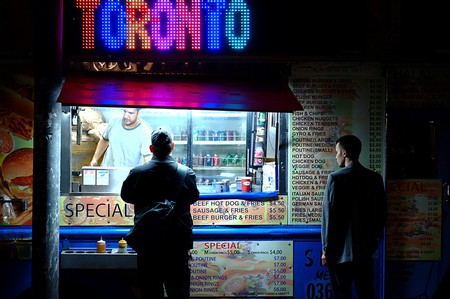 Summer festivals that feature the city’s best street food include Taste of Asia during the last weekend of June, Caribana, the Panamerican Food Fest, and TO Food Fest, all of which highlight and celebrate the cultural diversity in the city through the sampling of delicious cuisines. 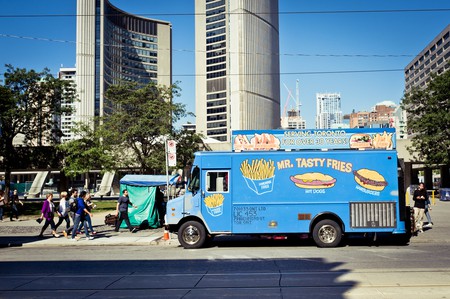 Of course, there’s also the Toronto Food Truck Festival, which gathers together all of the city’s best and most beloved street food all in one spot. And don’t worry if you miss the Toronto edition; the festival also gathers in Richmond Hill, Pickering, and other locations around the Greater Toronto Area. 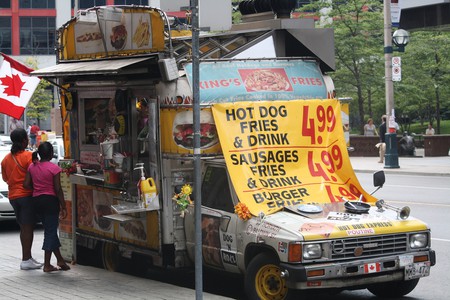 Throughout the summer and fall, you can also find neighborhood-specific festivals that feature delicious pop-up-style food vendors—such as the Greek-themed Taste of the Danforth, which, welcoming around 1.65 million attendees annually, is Canada’s largest street festival. Other festivals in this spirit include the Taste of the Kingsway, located in the west end of the city, and the Toronto Ukranian Festival in Bloor West Village. 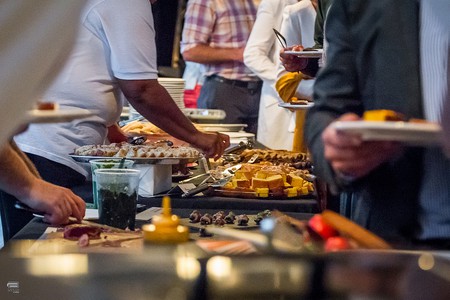 For an interactive guide to street food throughout the city, check out the comprehensive Toronto Food Truck platform, and when you’re on the go, there’s always the Street Food App.