The Best Wildlife Experiences in Canada 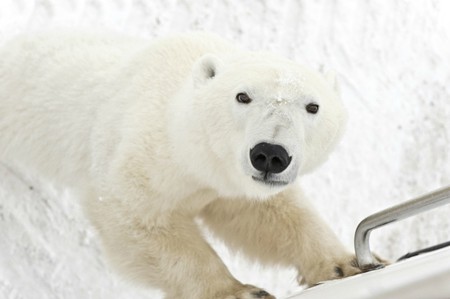 Thanks to Canada’s expansive and varied geography, the country is teeming with a wide variety of wildlife and offers plenty of amazing opportunites for outdoor adventurers. From searching for the elusive Spirit Bear to seeing the mystical narwhal, we’ve put together a list of Canada’s best wildlife experiences.

Nicknamed the “Polar Bear Capital of the World,” Churchill is one of the best places in the country to see these majestic animals. With a polar bear population that outnumbers the human inhabitants, you’re pretty much guaranteed to spot some bears on your visit. Sign up with a local tour group, and plan to visit in October or November when the bears migrate back to the Hudson from their summer habitat.

Spot narwhals in the Arctic

The mystical narwhal, with its unicorn-like horn, has fascinated humans throughout history. Canada is home to roughly three quarters of the world’s population, and a trip to the Arctic with Arctic Kingdom is your best chance to spot these amazing creatures. Excursions start at around $12,000, so it’s not your average trip, but if your budget allows, it’s an experience well worth taking. 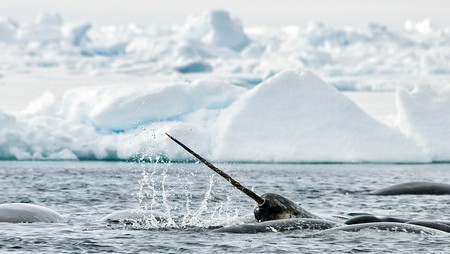 Search for Spirit Bears in BC

It’s estimated that one in every 10 black bears is born with white fur, and these Spirit Bears have held an important place in Kitasoo/Xai’xais First Nations community for hundreds of years. Join a tour group and head to the islands off BC’s north-central coast for a chance to see these rare and beautiful bears. 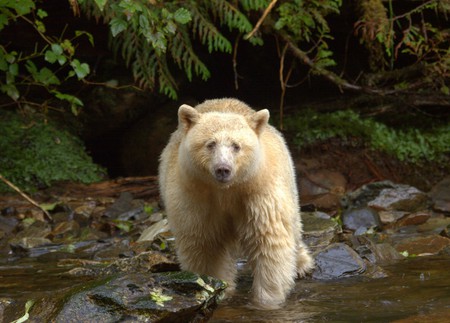 When you think of snorkeling with fish, you usually think of tropical fish in the Caribbean, right? Well, the Canadian version is a little different. In Campbell River BC, the Salmon Capital of the World, you’ll find Destiny River Adventures, which offers snorkeling tours. Pop on a wetsuit and hop into the crystal clear waters with thousands of salmon.

Catch a tour or take a solo trip from Vancouver Island for a chance to see the beloved orca, otherwise known as the killer whale. For your best chance to spot a pod, plan to go between April and October. 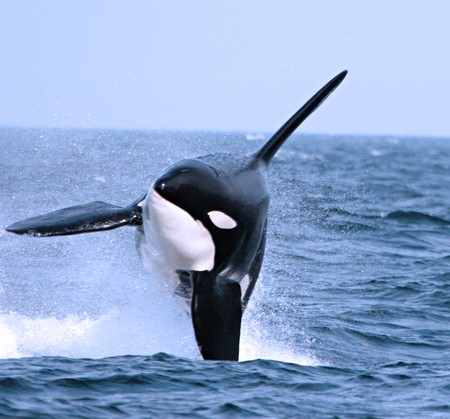 Considered one of the best whale watching spots in the world, the coast off of Cape Breton Island is home to a number of breeds including the humpback, finbacks and minke. Join a tour group and marvel at the beautiful sea creatures in their natural habitat. The Bay of Fundy, between Nova Scotia and New Brunswick, is another great whale watching spot in the region.

Herd caribou in the Northwest Territories

You’ve heard of herding sheep, but what about herding caribou? While this technically isn’t a wildlife experience, you can have the opportunity to visit a herd of over 3000 domestic caribous outside of the northern town of Inuvik. Sign up with Tundra North Tours for this epic experience. 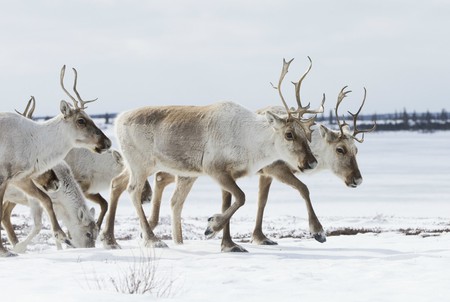 Check out the wildlife at the national parks

The national parks, particularly those in the western provinces, are teeming with wildlife. Head to parks like Banff, Jasper and Elk Island National Parks to catch glimpses of grizzly bears, elk, bison, moose, wolves, cougars and more. Just make sure you take precautions to protect yourself and follow the parks’ rules and advisories.