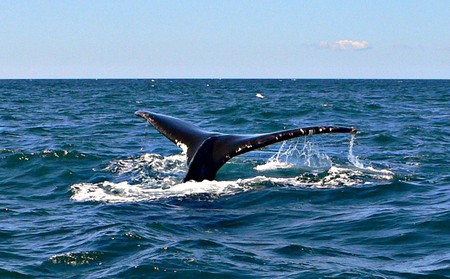 Whale watching is a must-do for every trip to Nova Scotia! The best viewing points are along Cabot Breton’s Cabot Trail and the Bay of Fundy, but there are many other great spots all around the province. Take a look at our top picks.

The Bay of Fundy is absolutely teeming with wildlife, and there can be as many as 300 whales in the Bay at one time. The best places to take tours in the area are from Brier Island and Digby, and the season runs from June to October, with August being the perfect time to go. Common sightings include humpback whales, minke whales, and finback whales, and you might even get lucky and catch a rare glimpse of a pilot whale, blue whale, or killer whale!

A trip up to Cape Breton’s Cabot Trail is a must on its own, but it’s also one of the best places in the province to go whale watching. Pleasant Bay/Ingonish is the optimal area along the trail, and you can expect to see minke and pilot whales and the occasional humpback. Pack a rain poncho because you can actually get close enough to the whales to get splashed! 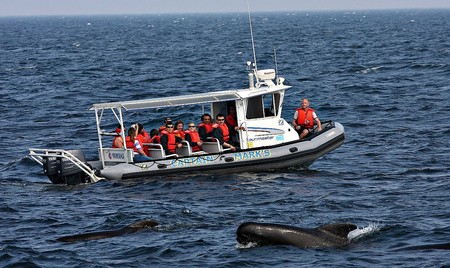 If you’re visiting Nova Scotia’s South Shore, consider a whale watching tour out of the picturesque town of Lunenburg. In addition to fin, minke, and humpback whales, you’ll get the chance to see dolphins, puffins, leatherback turtles and so much more. Whale watching season runs from May to October. 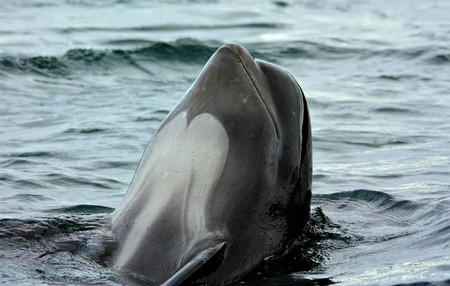 Tours do depart from Halifax, and if the city is your only stop in Nova Scotia it may be worth the trip. However, we definitely recommend the above areas, particularly the Bay of Fundy and Cabot Trail, over a Halifax whale watching tour, as there is a good chance you won’t see any whales from Halifax.

Whale watching is a wonderful and memorable experience for many tourists. They are also very popular, so make sure you book in advance, especially during peak season, and take motion sickness pills if you are prone to getting sea sick!