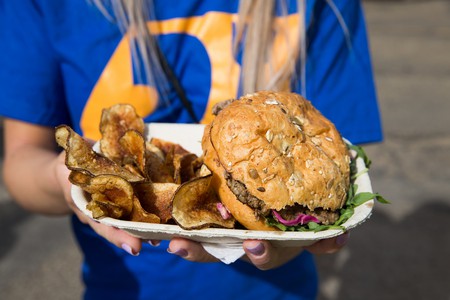 Most major Canadian cities have many food trucks that roam around to different markets, festivals and events every spring and summer. But there’s also some markets across the country that are exclusively about street food and local eats. Here’s a glimpse at the best street food markets in Canada.

Known as the largest night market in North America, the Richmond Night Market runs from May until early October. It’s open every Friday, Saturday and Sunday night, and it welcomed one million guests in 2016. There’s over 200 retail stalls and more than 500 food options available. The food is predominantly Asian-inspired, with menu items like grilled octopus, takoyaki, dumplings, fish sticks, and taiyaki, plus there are bubble waffles for dessert. There are also live performances, a magical Dino Park, and carnival games. 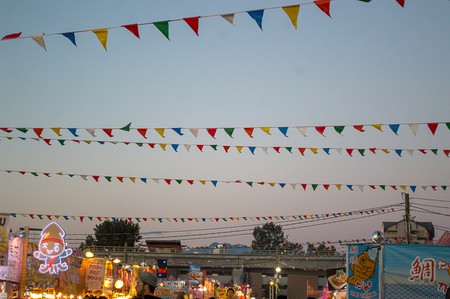 Some of the Richmond Night Market stalls | © Hayley Simpson

Happening every Friday night from May until September, the Shipyards Night Market is one of the most popular markets in Vancouver. It’s in North Vancouver at the Shipyards next to Lonsdale Quay, so it’s an easy Seabus ride away from downtown Vancouver. There’s a beer garden, live music, local handmade products for purchase, and more than 35 food trucks every week, which sell everything from Indian curry to gelato to Australian meat pies. It’s the best market to visit as you rarely see (and get to sample) this many food trucks in the one place in Vancouver.

Formed out of refurbished shipping containers, Market 707 is Toronto’s most unique street food market. Opened Tuesday to Saturday from spring to fall, there are usually 10 different local entrepreneurs serving international food options daily. Enjoy your food on the sidewalk patio, and then check out the retail outlets afterward. 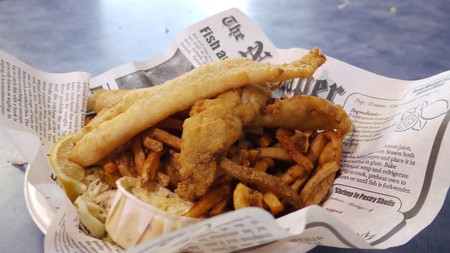 Adelaide Eats is Toronto’s original outdoor food market, opened to the public on weekdays in June and July. Usually just open for lunch, vendors keep serving food until 8 pm on Thursdays and Fridays. The people behind the market are Toronto Market Co. and Dream REIT. Although 2017’s list of vendors is yet to be announced, last year there was Holy Chuck and its burgers, The Rolling Pin (a bakery), and Chimney Stax’s unique vegan sweet treats. 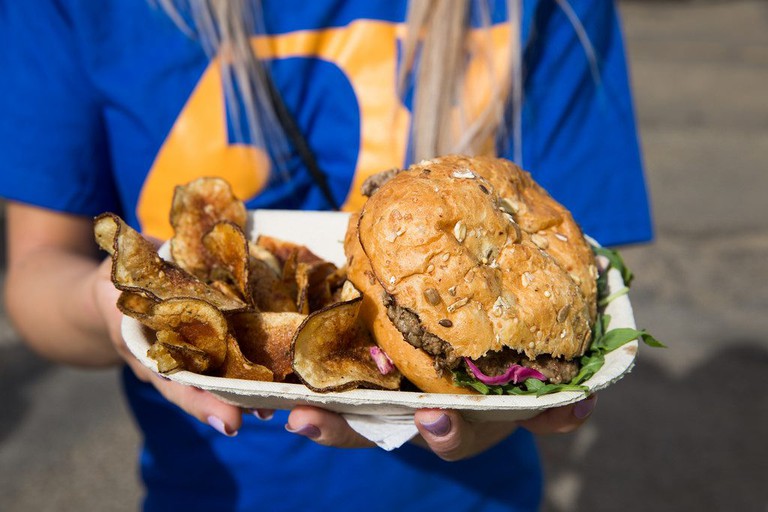 Food Truck, Canadian
Facebook
Email
Twitter
Pinterest
Copy link
Share
Map View
First Fridays First Fridays in Montreal is North America’s largest food truck gathering. On the first Friday of every month, starting in May, food trucks descend on the Esplanade Financière Sun Life at Montreal’s Olympic Park. From 4 to 11 pm, people can feast on food such as tacos, pierogies, burgers, and lobster rolls. There’s also live music from local bands and DJs, so don’t miss this fun summertime event in Montreal, which has the most impressive backdrop in the city.
Open In Google Maps
Montreal, Canada
Give us feedback 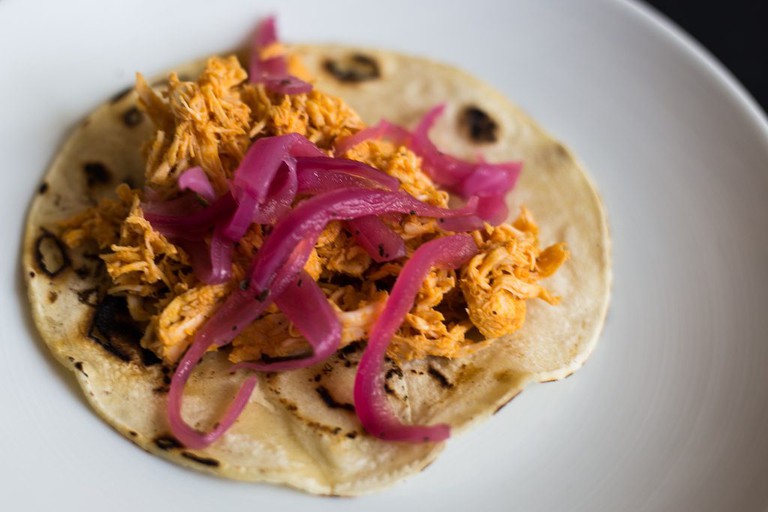 Taco time | Taco time
Truck-Side As Canada’s first indoor food truck food court, Truck-Side is a welcome addition to Dartmouth in Halifax, Nova Scotia. Each food truck dedicates itself to producing delicious modern meals and using local products wherever possible. Some of the current offerings include burgers and poutine at Cheese Curds, tacos at Habaneros, BBQ at Sea-Hawgs, and Gweilo’s Asian noodle bar. It allows you to have an authentic food truck experience year-round, without worrying about the weather.
Open In Google Maps
Dartmouth, Canada
Give us feedback

Market, Canadian
Facebook
Email
Twitter
Pinterest
Copy link
Share
Map View
Calgary Night Market Held at different locations across Calgary, the Night Market is about bringing together street food, local vendors, and buskers for a night of fun, food, and entertainment. In 2017, the market kicked off at the end of April at Eau Claire Market and will happen once a month until August. They’re also doing a special Calgary Stampede Night Market, which is the biggest annual event in Calgary.
Open In Google Maps
Calgary, Canada
Give us feedback

Markham is in the Greater Toronto Area and hosts one of the biggest night markets in Canada every year. Night It Up! is styled to resemble the night markets in places like Taiwan and Hong Kong. There are nightly performances by locals and an array of delicious Asian street foods to sample at over 100 booths. In 2017, the event will take place from July 14th to July 16th. More than 130,000 people visited Night It Up! in 2016. They also give back to the community and donate a lot of money to local organizations.