The Best Places to Go Fishing in British Columbia

Fraser River Sunsets | © James Abbott / Flickr
British Columbia is home to 25,000 lakes and over 20,000 kilometers (12,000 miles) of coastline. Naturally, fishing is one of the most popular pastimes in the province. People visit from around the world in the hopes of hooking salmon, sturgeon, and steelhead. Here are British Columbia’s best fishing spots.

Located off the coast of northern British Columbia, Haida Gwaii is a remote archipelago known for having some of the best salmon fishing in the world. Try catching a chinook salmon, which is known as the trophy fish of sports fishing in British Columbia. Professionals recommend visiting Langara Island, which is just south of Alaska and is where salmon tend to migrate toward streams. Other fish available here include halibut, Fraser River sockeye salmon, red snapper, and rockfish. For a first-class fishing experience, check into the luxurious Queen Charlotte Lodge. 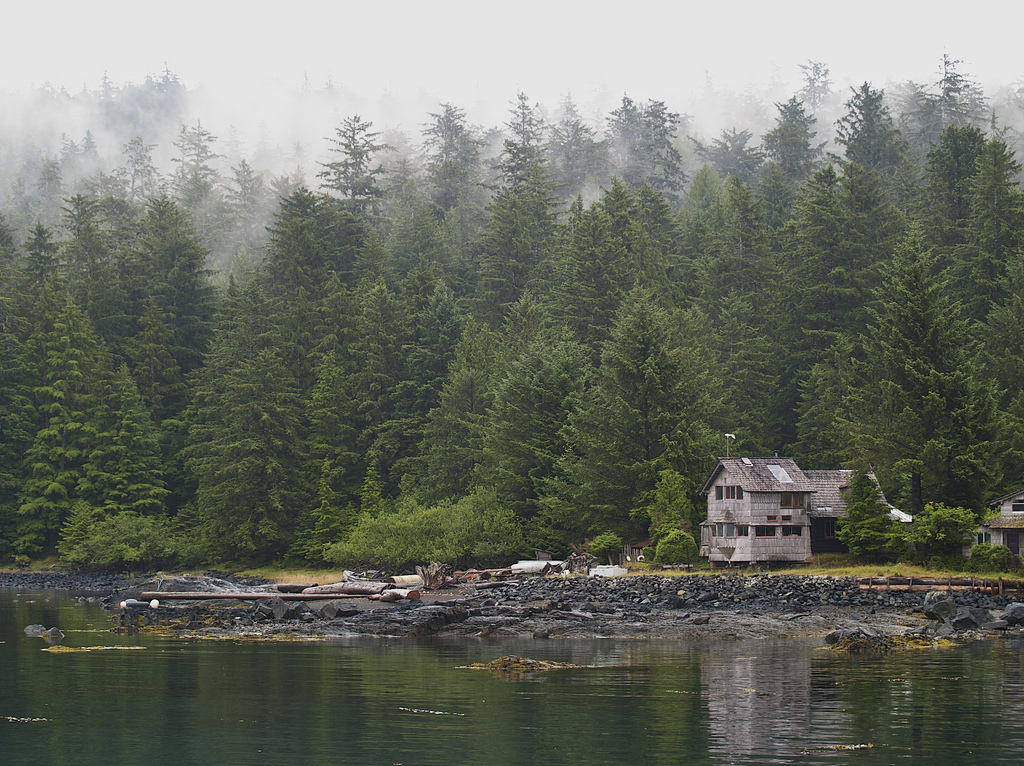 Scenes from the water in Haida Gwaii | © Dale Simonson / Flickr

The Skeena River is British Columbia’s second largest river system. The river is known for its excellent salmon fishing in summer (the best time of year to visit), as well as steelhead fishing from spring to fall. The steelhead is quite an iconic British Columbia fish, which is hard to catch and recognized as one of the world’s most elusive game fish. Check out the Kalum River Lodge, Suskwa Lodge, and Skeena Spey Lodge for convenient accommodation and fishing packages.

Campbell River, known as the world’s salmon fishing capital for over a century, is where millions of migrating salmon travel annually through the region’s Discovery Passage to spawn in their birth river. The river is home to four-season fishing, with salmon fishing popular May to November and steelhead and cutthroat trout fishing in winter. There’s also the Discovery Pier, which was Canada’s first-ever saltwater fishing pier. Eager fishers can try to join the legendary Tyee Club too: “Using a rowboat, single hook, and lightweight line, prospective members attempt to reel in a chinook weighing at least 13.6kg (30lb).” 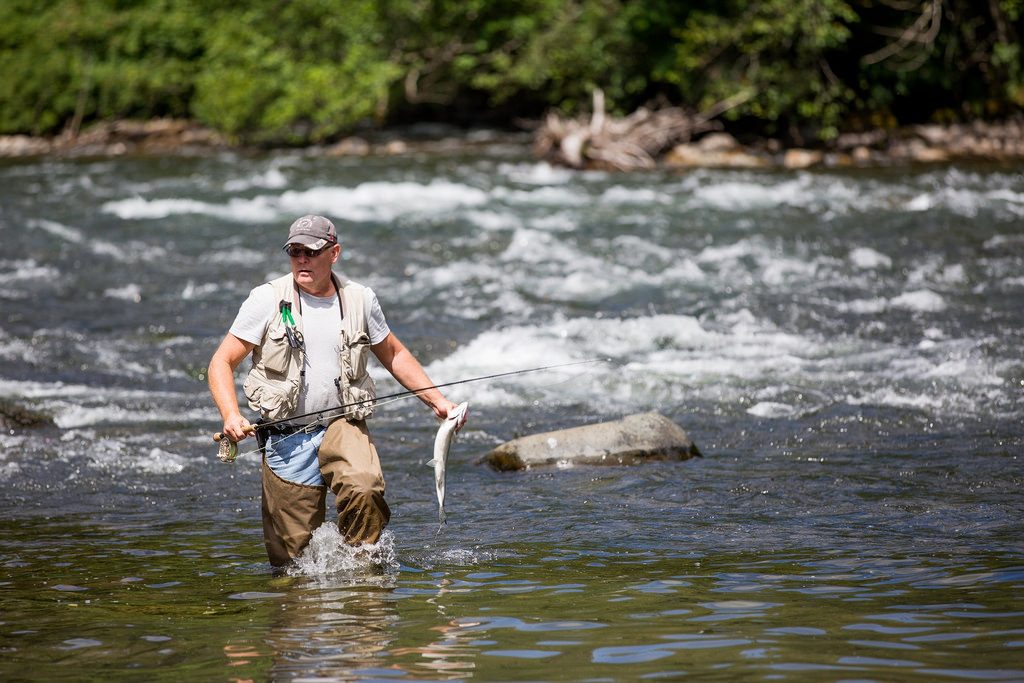 Located among the Cariboo Mountains in eastern British Columbia, Quesnel Lake is one of the world’s deepest fjord lakes, and it has three arms that each offer something different. Quesnel Lake is also known for its four seasons of trolling, casting, and fly fishing, but locals recommend visiting in May; this is when there are fewer anglers, and the fish are hungry. The west arm’s bays offer some of the province’s best trout fishing, particularly rainbow and bull trout. The best accommodation option is Elysia Resort, with its guided tours and tailor-made flies.

The Fraser River is British Columbia’s largest river system. It has fertile grounds home to salmon, trout, and steelhead, and over 20 to 50 million salmon run through the river every year. The Fraser River is also one of the world’s best places to fish for sturgeon, which is North America’s largest freshwater fish. The ancient fish can grow to be three meters (12 feet) long. The main sturgeon season on the Fraser River is from April to November. To have the best luck, do a full-day fishing adventure with experienced anglers. Most tours depart from Harrison Mills, which is 1.5 hours east of Vancouver. 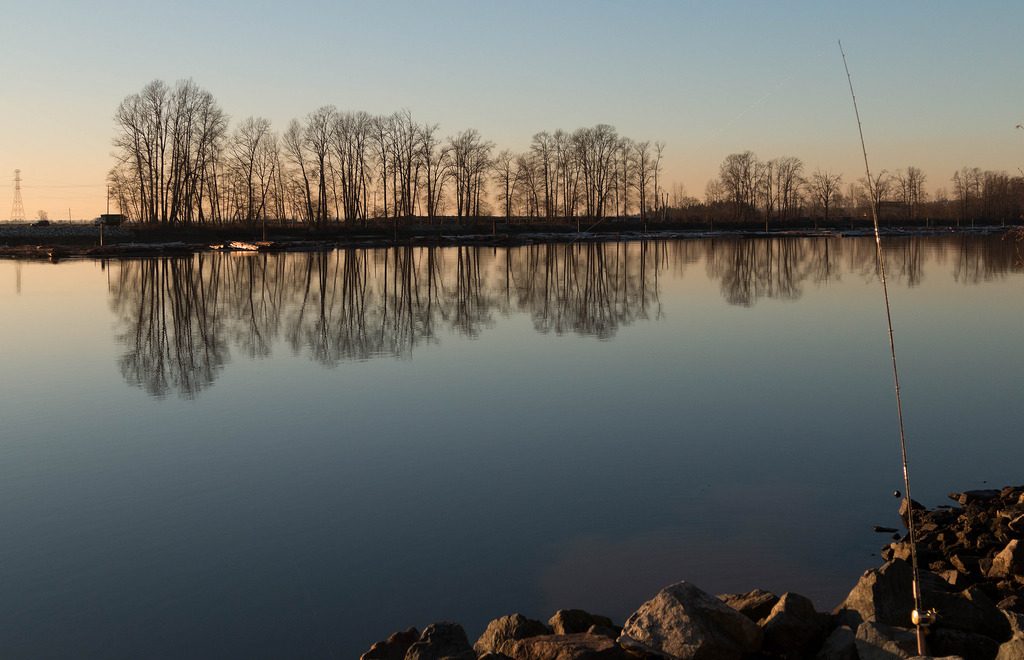 Williston Lake is British Columbia’s largest lake, located in northern BC. It is a man-made lake intercepting three rivers: the Peace, Parsnip, and Finlay Rivers. Fish that visitors will find in the Peace River Valley include rainbow trout, kokanee, lake trout, sockeye salmon, and northern pike. Williston Lake Resort sits by the lake and offers half- and full-day fishing trips with guides that know the lake and rivers like “the back of their hands.”

The Bulkley River is actually a major tributary of the Skeena River and has one of the world’s biggest wild steelhead runs. Fishing is very consistent up until the fall months on the Bulkley River, but the best time to visit is late August to mid-November. Bulkley River Lodge says that what sets the river apart from others is the fact that its source is the Morice Lake; this makes the river’s water warmer and clearer, and it also gives it a rich aquatic insect life. 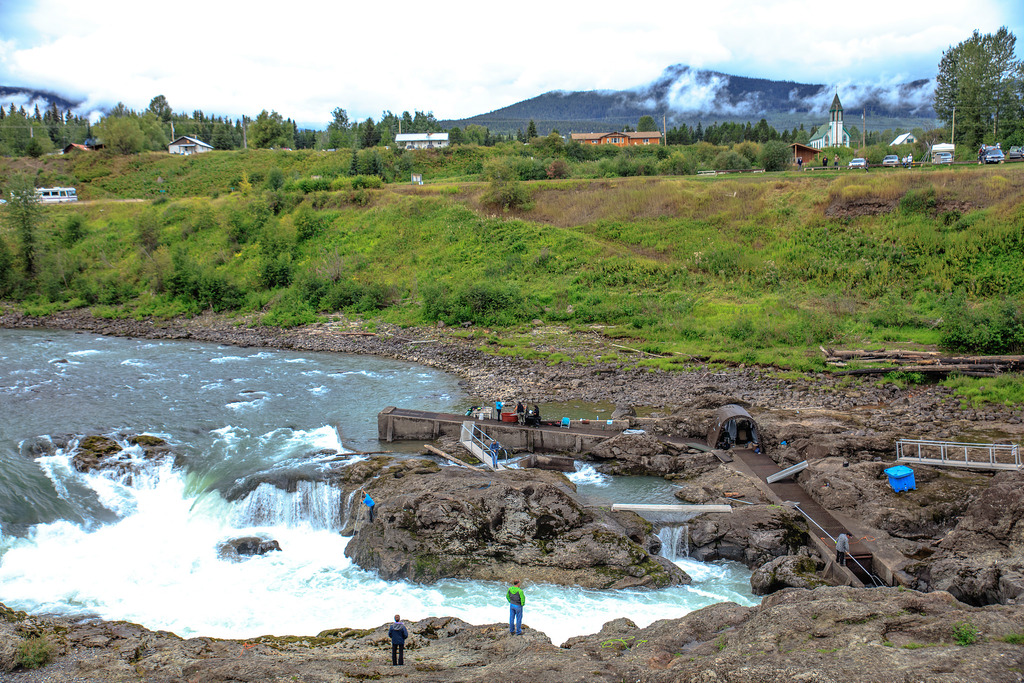 Considered by many to be a treasure and one of the world’s most well-managed rivers, Dean River in central British Columbia is another popular steelhead fishing destination. Fish calling the river home include rainbow trout, all types of salmon (chinook, coho, and sockeye included), halibut, lingcod, and rockfish. The two main steelhead runs in the Dean River occur in late spring when they’re bound for the Takia River; a second run happens a few weeks later.

HelloBC says, “Victoria is a fishing hotspot that offers anglers easy access to the salmon-rich waters of the Pacific Ocean, as well as the sheltered waterways of Georgia Strait and the Gulf Islands.” The popular fish caught off Victoria are, of course, salmon, as well as halibut, rockfish (such as lingcod and red snapper), and shellfish. The best places to fish include the Oak Bay and Pedder Bay Marinas, Ogden Point Breakwater, and Victoria’s Inner Harbour, where many fishing charters depart from. 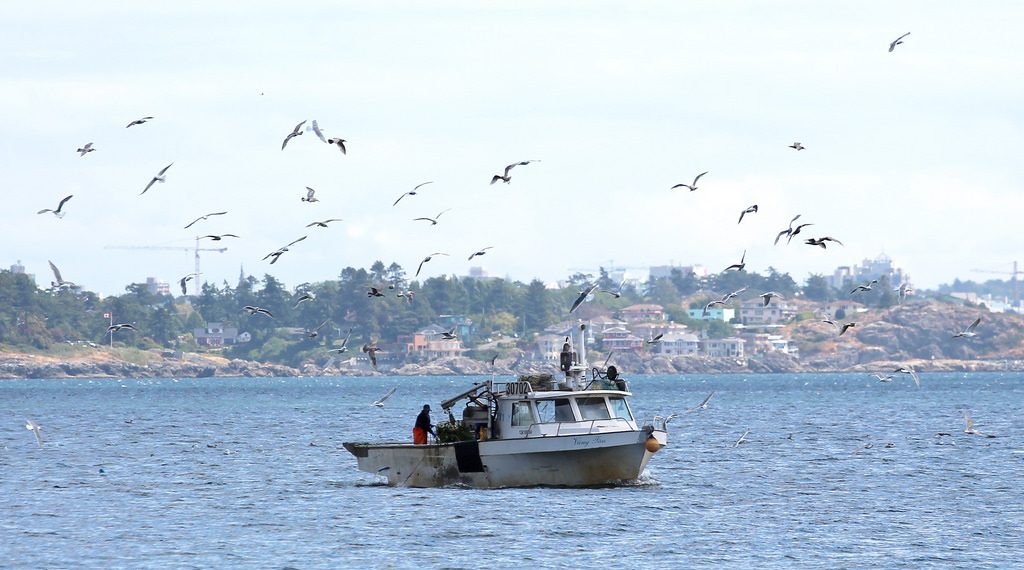 Fishing boat off the coast of Victoria | © Kasey Eriksen / Flickr

Surrounded by the Canadian Rockies and close to Fernie in southeastern British Columbia, Elk River is a world-class dry fly fishing destination. As its nickname is Trout Town, you can probably guess the type of fish available in the Elk River—westslope cutthroat trout and bull trout. July to October is the prime trout-catching season on the Elk River, and expert local fishers say it’s best suited for floating.