The Most Stunning Rock Formations In Canada

Marble Canyon, Kootenay National Park, BC | © JZ85/WikiCommons
Canada’s landscape is impressive no matter where you find yourself. Some of the most interesting sights in Canada are the rock formations that were formed thousands – or even millions – of years ago. Here are eight of the most remarkable rock formations in Canada, and where to see them.

Take one look and you’ll see how Balancing Rock got its name. Made of volcanic basalt, this vertical column has somehow managed to stand tall while columns around it collapsed into the sea. Balancing Rock is surprisingly stable considering its precarious position. Local legend has it that mischievous fishermen once tried to pull Balancing Rock off its perch using their boats, but it defied them just as firmly as it defies gravity today. A popular attraction on the way to Brier Island, you’ll find Balancing Rock near the town of Tiverton, Nova Scotia. Take the ferry from Digby Neck to Long Island and follow the highway until you see the signs for Balancing Rock. 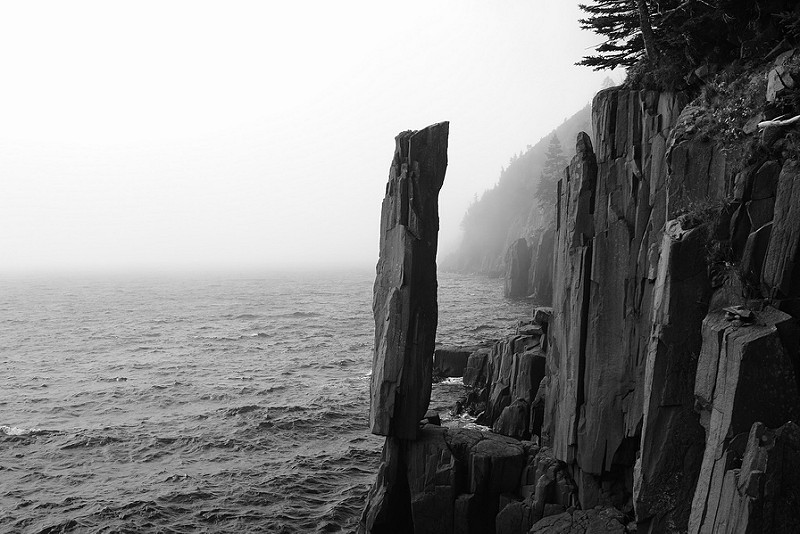 A limestone monolith rising out of the sea, Rocher Percé, or ‘Pierced Rock,’ is both a landmark and an inspiration for legends. A 15-metre-high arch through one end makes it look as though a needle pierced the rock, giving the formation its name. One of Rocher Percé’s legends is a love story about a young Frenchman sent to Canada and his fiancee who couldn’t bear to be apart from him. She followed her true love to the new world, but as the ship neared its destination, pirates attacked. When the pirate captain laid eyes on her, he instantly fell in love and insisted on marrying her. The brave girl had no intention of marrying anyone other than her fiancé, so she made a plan and agreed to marry the pirate captain. When the pirate’s ship came close to the shore where her true love was stationed, she bravely threw herself into the sea. A mysterious fog rose up, and the pirate ship wrecked on Rocher Percé. Located off the coast in the town of Gaspé, Quebec, you can get a look at Rocher Percé from the coast or up close on a boat tour. Pair a visit to Rocher Percé with a trip to nearby Bonaventure Island to visit one of the largest gannet colonies in the world. 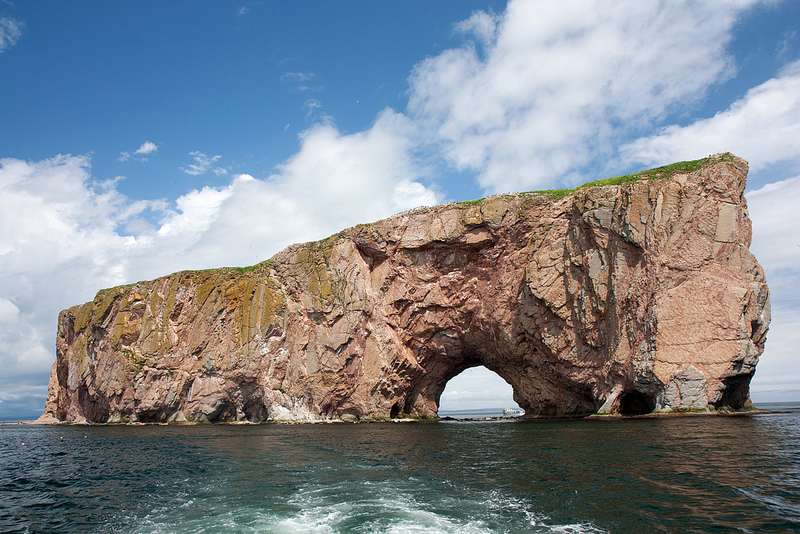 New Brunswick’s Hopewell Rocks is all about the tide. Visit Hopewell Rocks at high tide and you’ll find tiny green islands poking up above the water. But visit at low tide (check the tide tables in advance) – when the rocks are at their most impressive – and it’s an entirely different story. When the water recedes, the islands become 40- to 70-metre sandstone pillars. Visitors can explore the beach around these tall columns – also called ‘flowerpot rocks’ because of the small trees and grass on their tops. Wander the sandy beach at low tide and try to spot formations like Lover’s Arch, Dinosaur Rocks, and E.T. The Bay of Fundy is renowned for its strong and quick tide, so make sure you’re back at the stairway before the tide comes in. Found on the Hopewell Cape near Moncton, New Brunswick, learn about Hopewell Rocks at the on-site Visitor Centre before taking the path to the look-off and beach stairway. 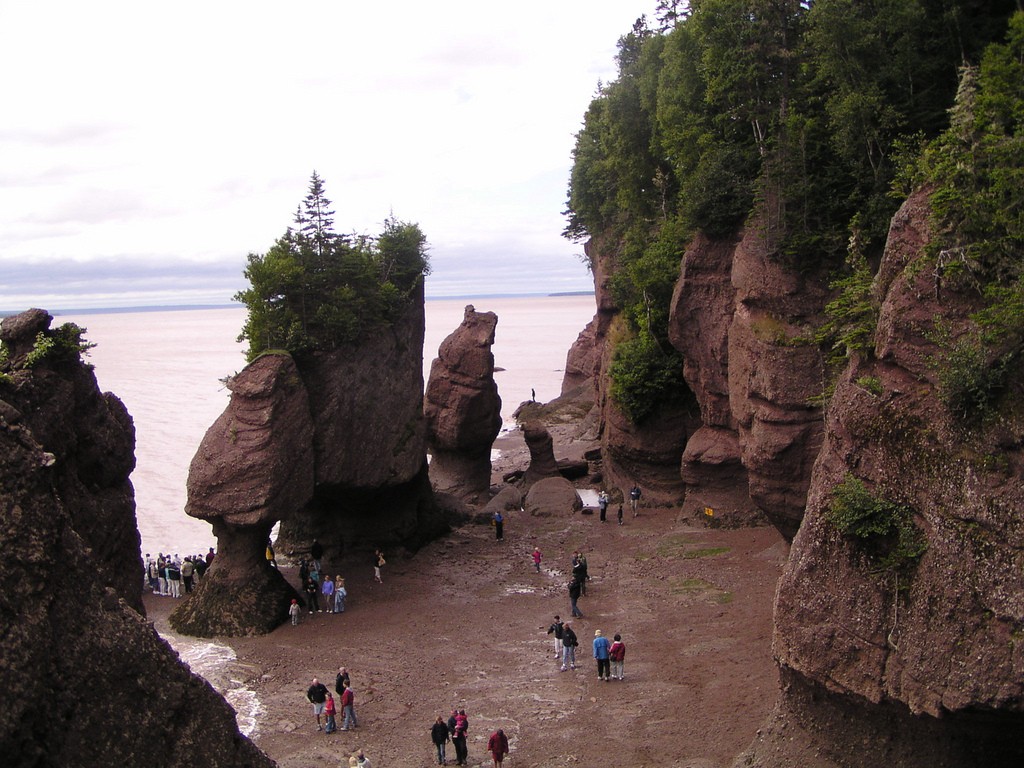 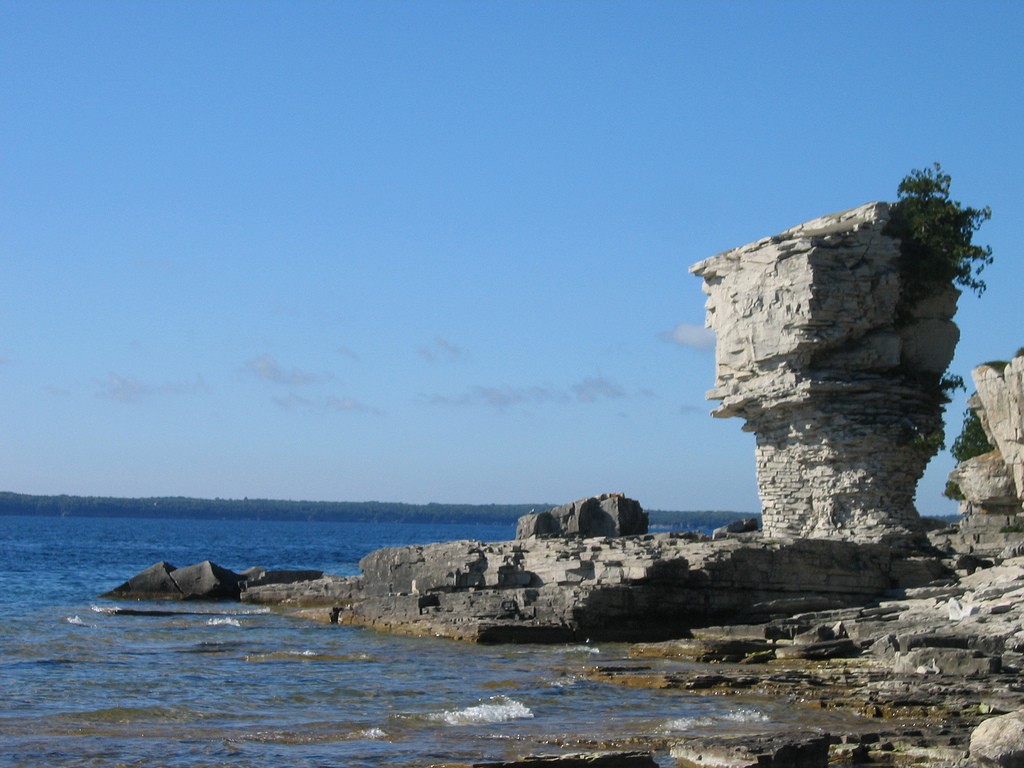 Weather through the years | © Benny Lin/Flickr

Watch your step as you look down into the Dungeon; it’s a long fall to the frothy waters below. This skull-like formation used to be two sea caves, whose entrances are the arches visible at the bottom of the formation today. Over time, strong Atlantic waves eroded the caves until the roof collapsed inwards, forming the unique-shaped sinkhole named the Dungeon. The waters at the bottom of the Dungeon are treacherous, and visitors should be careful around the steep cliffs at its edge. If you were to become trapped down in the depths, it really would become an inescapable dungeon! The Dungeon is on windswept Cape Bonavista, in Newfoundland. Remember to walk over top of the far side for a different view of this unique Canadian rock formation. 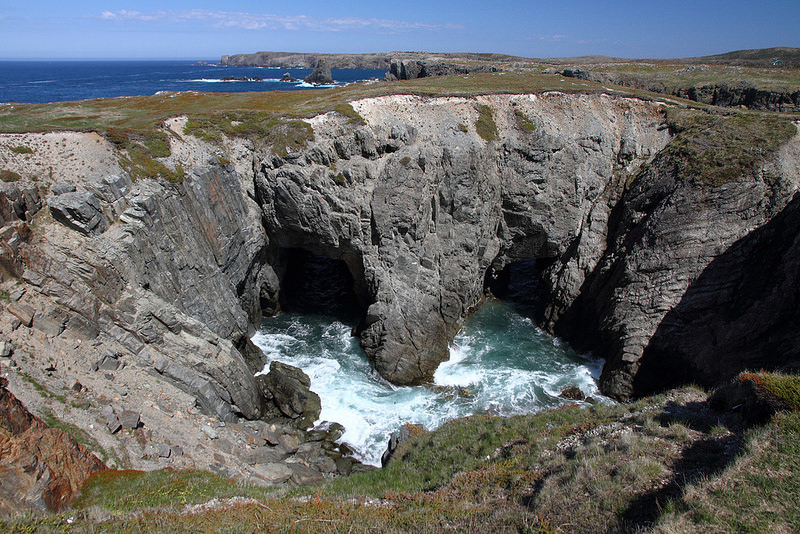 Found in the dry landscape of Alberta’s Badlands, Canada’s hoodoos are an unearthly sight. These thin columns with their large caps formed around 75 million years ago and look like they might have even come from another planet. Also called ‘tent rocks,’ ‘fairy chimneys,’ and ‘earth pyramids,’ hoodoos are one of the most surreal rock formations in Canada. Alberta’s hoodoos are made of clay and sand, and their large ‘capstone’ erodes at a slower rate than its column, giving them their unique shape. Hoodoos can be up to three metres tall and are continually eroded by rain, wind, and frost. Visit Drumheller, Alberta for the best examples of hoodoos in Canada. A trail runs through the group of rock formations, so you can get up close and see these delicate formations for yourself. 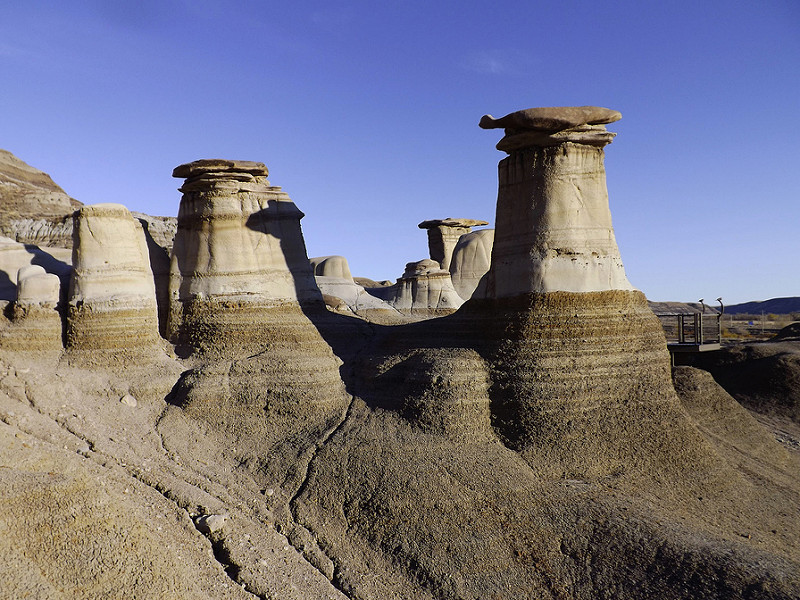 When you’re hiking around Marble Canyon in British Columbia, be sure to look up to see the 45-metre-tall Chimney Rock towering above you. Made of limestone (similar to the canyon), Chimney Rock isn’t just for looking – adventurous rock climbers have summited this imposing monolith. According to native people of the area, gods turned people or animals into large stones as warnings or sometimes as inspiration. In the case of Chimney Rock, Coyote himself transformed the rock into a part of his male anatomy (which shall remain unnamed). Rock climbing is popular in Marble Canyon, so be sure to pick up a copy of the guide to rock climbing before you go.

Known for its red sand, red dirt, and red potatoes, Canada’s smallest province also has one of the coolest red rocks in the country. A short walk along the coast takes you to Teapot Rock, a teacup-shaped sea stack. The rock around the Teapot eroded more quickly than the Teapot itself, leaving the sandstone sea stack alone in the water, eternally waiting for someone else to join the tea party. Head to Prince Edward Island’s north shore near Darnley to reach Teapot Rock. A hike along the beach from nearby Twin Shores campground leads to a coastal view of the rock. For more adventurous visitors, take a kayak out into the waters of Thunder Cove to get a closer look at the sea stack. 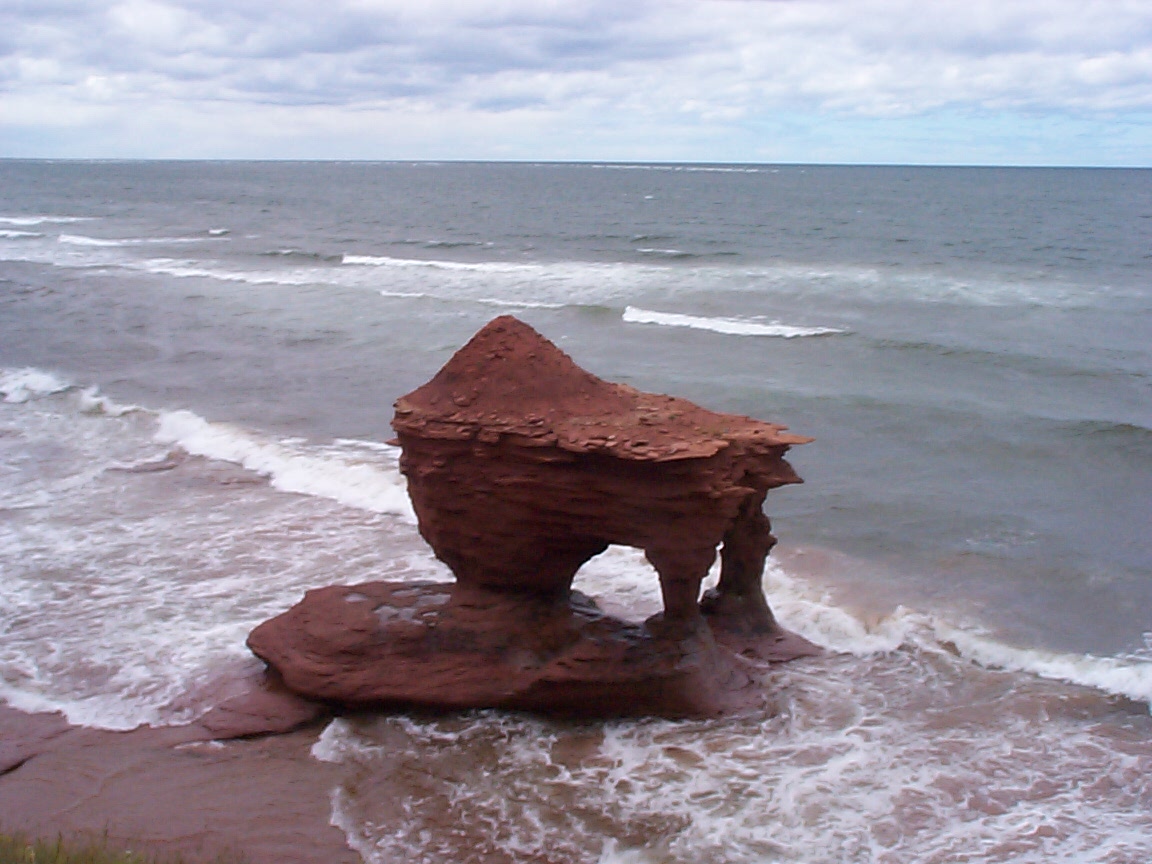