The 7 OVO Artists And Producers You Need To Know 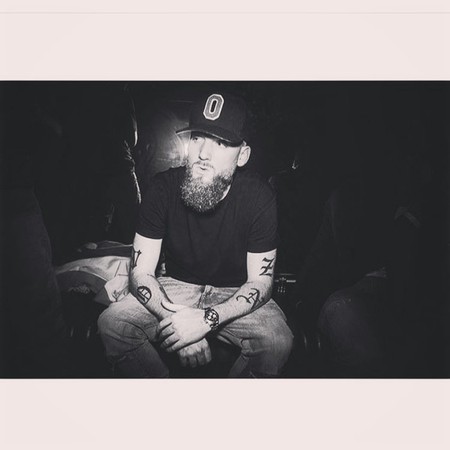 The OVO record label was started way back in 2012 by Drake, Noah “40” Shebib, and Oliver El-Khatib to collaborate and craft a definitive Toronto sound. Under the direction of Warner Bros., October’s Very Own is set for world domination, encompassing all types of music. These are the seven OVO members that are behind the groundbreaking label.

The Canadian producing duo consists of singer Majid Al Maskati and producer Jordan Ullman as the powerful force behind the OVO label. While making music under the cover of Good People, these two are busy producing music for others under the name Majid Jordan. Their first interaction with Drake was when they worked on his mega hit, “Hold On, We’re Going Home”; Drake then signed them to OVO to create their own LP, A Place Like This. This 2014 release mixes deep house, R&B, and hip hop tones that pull from ’90s LA sounds. Check out their single “Something About You,” which features the golden boy himself, Drizzy. Also, don’t miss their vibrant show at the Mod Club in Toronto this April.

The producer of “Started From The Bottom” came out of left field in 2012 when he was first signed to OVO. After receiving BETS’ “Best Track of The Year,” Zombie was ready to be added to the OVO line as a producer. Zombie went on to release his epic Rebel Without A Cause on January 16th while working with OVO sound. This album is inspired by Zombie’s “haters” and the idea that he is underrated as an artist. With amazingly lyrical content that is both hard and vulnerable, this album tells an incredible story, but set to a great back beat. Just take a quick listen to RWAC to become a fan.

This rapper is bringing some humor and personality to OVO, with his internet slam dunk, ‘Steve Nash’. His wittiness can also be seen in his rap song “Schemin Up,” which features his boss, Drake. The group aspect of this song, raps from the whole OVO crew, makes for a party jam that encompasses the fun of what Toronto rap music is all about. While OVO has been waiting and working on Drake’s new album, Views From The 6, there’s definitely an anxious wait for the return of the joker of OVO’s return.

Hailing from Brampton, Toronto, this 19-year-old dropped his first project, EXIS, with OVO in July 2015 after performing at Canadian Music Week. Roy Woods first started off at OVO by appearing on their OVOSOUND’S Beats 1 radio show where he showcased his strong singing vocals. Woods embodies the idea of the great singing rapper, which was made all too famous by Drake back in the 2000s. His best song off the album is “Jealousy,” featuring Woods’ amazing talent, providing the song with a feeling of yearning and focusing solely on the vocal tone.

Park
Facebook
Email
Twitter
Pinterest
Copy link
Share
Map View
After Drake reached out to ILOVEMAKONNEN in 2014, the two worked hard to remix the song “Tuesday,” which launched ILOVEMAKONNEN to international success. With the help of Miley Cyrus’s Instagram shout-out, this artist was signed to OVO in September 2014. The newest installment of the Drink More Water mixtapes is Drink More Water 6, which was released early in 2016. He released the single “Solo” off the tape, which was inspired by recording the track alone, without any collabs. “Solo” contains powerful sentiments about self-reliance, while the mood still remains confident. ILOVEMAKONNEN is on tour in Europe, but previously dropped by the Veld Music Festival back in 2015.
Open In Google Maps
Ontario, Canada
Give us feedback

Tyler Williams is associated with quite the list of artists that include Beyonce, Lil Wayne, Kendrick Lamar, and, of course, Drake. This producer helped with the production of “The Motto” way back in 2011 and recently was the producer behind The Weeknd’s collaboration with Travis Scott, “Wonderful.” After the Grammy Award-winning “The Motto,” T-Minus was signed as an in-house producer to OVO in 2012 and has been producing records ever since.

Pretending I can play keys… 😓

Noah “40” Shebib, co-founder of OVO, stated that all he wanted to do was to create the “underwater sound” that Drake wanted. Through experimentation and through recruiting new and innovative artists, 40 has done just what he set out to do. Apart from being a mastermind behind the OVO name, 40 is the producer behind the up-and-coming Views, the highly-anticipated new album from Drake. Check his work out on Drake’s 2013 hit “Hold, On We’re Going Home.”