The 6 Most Impressive Buildings in Toronto 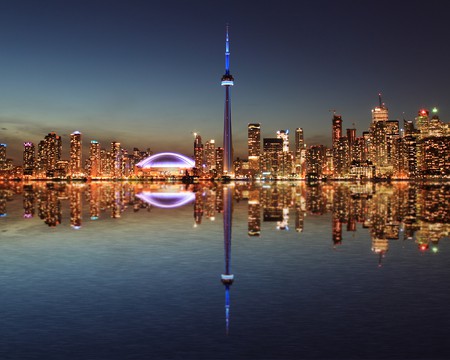 The most impressive buildings in Toronto are not only striking in their architecture, they are also among the most vital cultural hubs of the city. Here are six examples of Toronto’s most interesting and iconic structures. 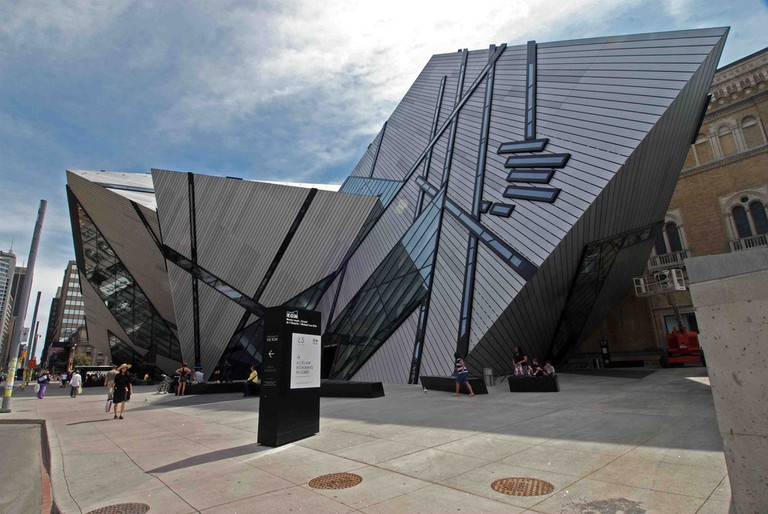 The Royal Ontario Museum | © The City of Toronto / Flickr
Book Now
The Royal Ontario Museum (ROM), designed by Daniel Libeskind, juts out over Bloor Street with its striking aluminum and glass ‘crystal’ structure erupting from the old, historical façade. There’s hardly a right angle in sight! Torontonians and visitors alike have polarizing opinions about the ROM, but it’s certainly one of the city’s most impressive buildings either way.
Open In Google Maps
100 Queens Park, Old Toronto Toronto, Ontario, M5S 2C6, Canada
+14165868000
Visit Website
Give us feedback 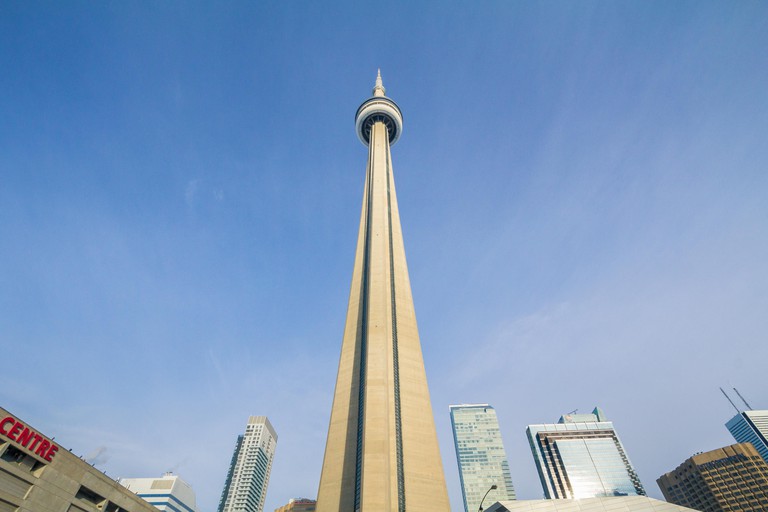 © Jerome Cid / Alamy Stock Photo
Book Now
An obvious choice when talking about Toronto’s most memorable buildings, the CN Tower is certainly what makes the city’s skyline instantly identifiable. One of the Seven Wonders of the Modern World, the CN Tower stands at 1,815 feet (553.2 meters) in height. Standing right beneath it and looking straight up, and no one can help but be impressed.
Open In Google Maps
290 Bremner Boulevard, Old Toronto Toronto, Ontario, M5V 3L9, Canada
+14168686937
Visit Website
Give us feedback 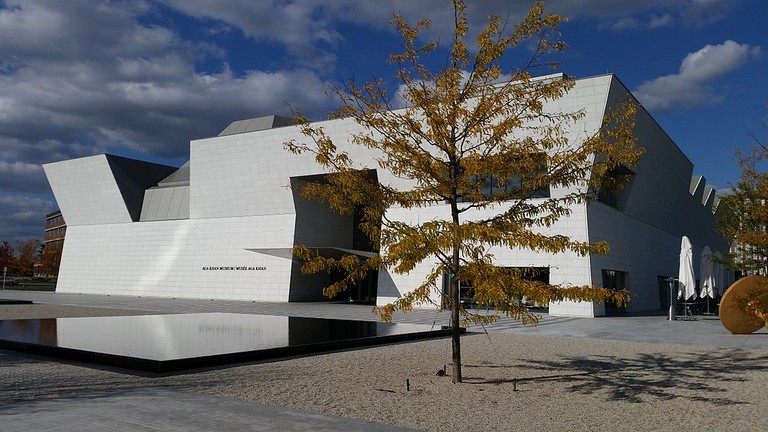 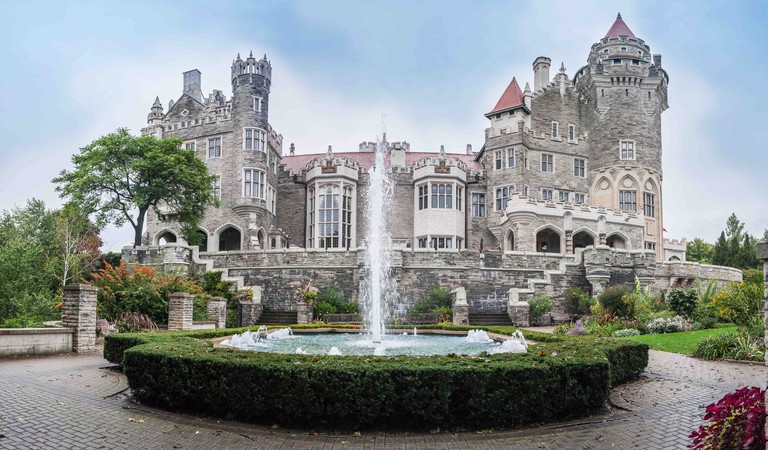 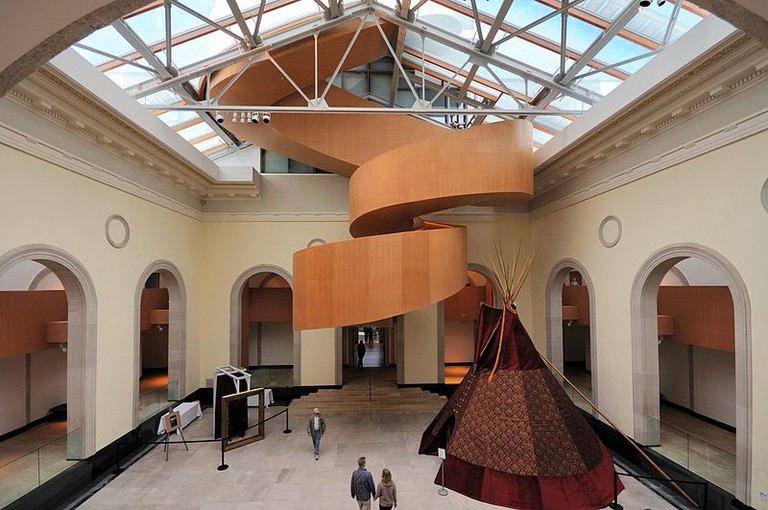 A staircase at the AGO | © Wladyslaw / WikiMedia Commons
Book Now
Though first established in 1900, the Art Gallery of Ontario (AGO) underwent an extensive renovation by designer Frank Gehry in the early 2000s. The interior features sculptural staircases, and the most prominent exterior element is a glass-and-wood façade called the Galleria Italia, which spans 590 feet (180 meters) along Dundas Street.
Open In Google Maps
317 Dundas Street West, Old Toronto Toronto, Ontario, M5T 1G4, Canada
+14169796648
Visit Website
Give us feedback 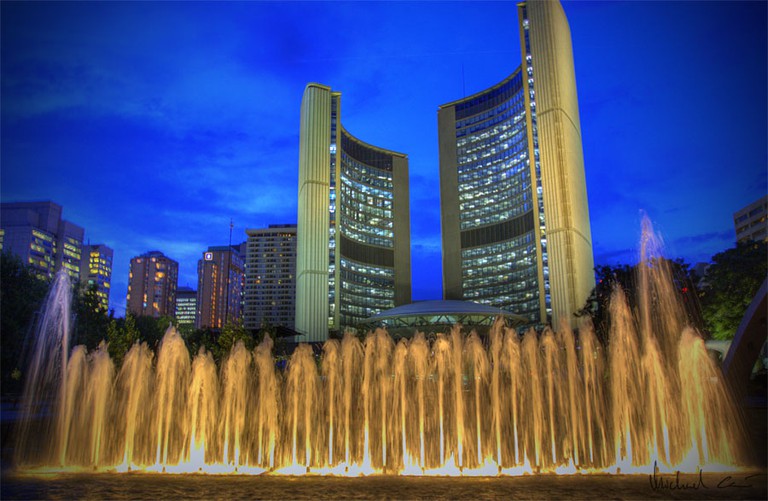 City Hall, Toronto | © Michael Caven / Flickr
Toronto City Hall is another city landmark, close to the downtown core. Designed by Finnish architect Viljo Revell and landscape architect Richard Strong, it was controversial when first built in 1965 but is now recognized as an important example of modernist architecture. The design incorporates two asymmetrical semi-circular towers with a domed building in between. From above, Toronto City Hall resembles a large, unblinking eye. While there, enjoy Nathan Phillips Square and take a look at the historic Old City Hall.
Open In Google Maps
100 Queen Street West, Old Toronto Toronto, Ontario, M5H 2N2, Canada
+14163922489
Visit Website
Give us feedback
Give us feedback