The 15 Most Haunted Places in Canada 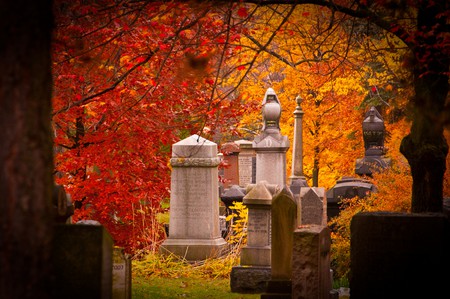 Surprisingly, there are a lot of interesting haunted places in Canada. From castle-like hotels to seafood restaurants to ordinary parks, nowhere is safe from spooky paranormal activity. Here are Canada’s most haunted places — are you brave enough to visit them?

Craigdarroch Castle was built between 1887 and 1890. Robert Dunsmuir, a wealthy Scottish immigrant, built the castle for his wife, Joan and their 10 children. The castle is now a National Historic Site and gives visitors a “glimpse of privileged life in the 1890s.” There has been a lot of paranormal activity noted at the castle, including the ghosts of a little girl, a maid, a crying child, and a woman in a white dress (presumably Joan Dunsmuir). People have also heard music playing by itself, and whispers as they walk through the property. 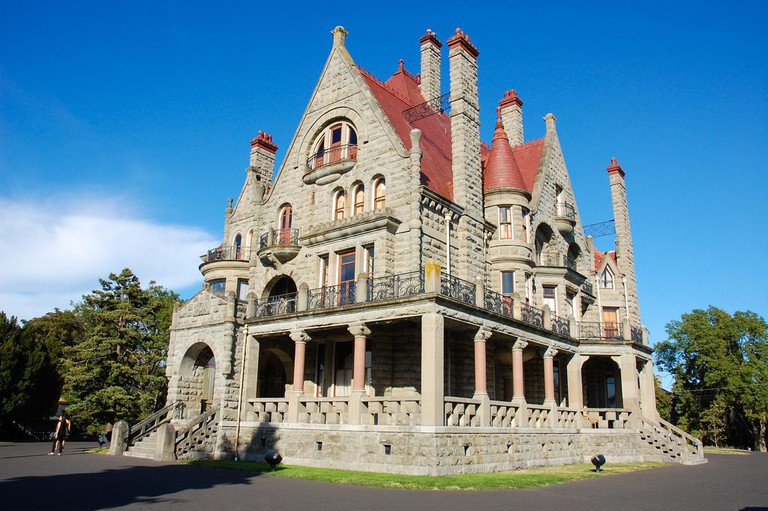 Located in Nova Scotia, St. Francis Xavier University is apparently haunted by nuns. The Sisters of Notre Dame opened Mount St. Bernard College in the late 19th century as a school for Catholic girls. Now a residence, students have reported books being knocked over, echoing footsteps, elevators with minds of their own, and apparitions. It’s reported that Gilmora Hall is haunted by a nun who fell in love with a priest, but felt so much guilt she committed suicide by jumping from the top of the hall.

A beautiful castle surrounded by the Canadian Rockies, Fairmont Banff Springs has a few spooky stories. The most notable is The Bride. In the 1920s, a young bride was descending the stairs in her wedding dress when she was startled, and consequently fell to the death. Both hotel staff and guests have reported seeing her on the stairs, and in the ballroom. Rooms 672 and 873 are also said to be haunted. Finally, Sam the Bellman passed in 1975, but likes to still help out around the Fairmont Banff Springs. 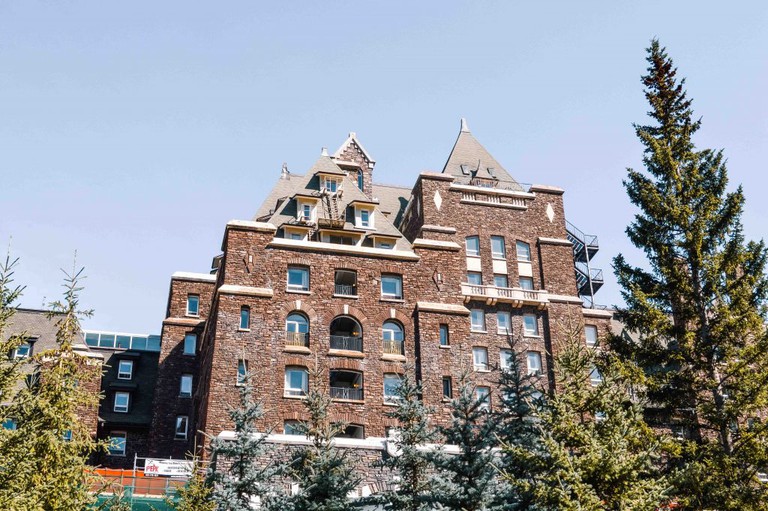 In Toronto, you can dine at the Keg Mansion and have a side of spooky paranormal activity. The restaurant is housed in a heritage building called Euclid Hall, which was originally built in 1868 by Arthur McMaster. Hart Massey purchased the home for his family in 1882. The apparition people have seen at the Keg Mansion is of a maid hanging by her neck. There are two sides to the story — that the maid was distraught following the death of Massey’s daughter, Lillian in 1915; or that the maid committed suicide for fear her affair with a Massey man would be revealed.

Undoubtedly one of Canada’s most photographed lighthouses, Peggy’s Point Lighthouse in Nova Scotia is popular with a certain ghost too. People have seen an apparition of a lady in a blue dress over the years, standing on the edge of the rocks about to jump. There are also two sides to this story. Legend says the woman was an immigrant who left her children in Europe, or she was shipwrecked nearby where her children died. In an effort to cheer her up, her new husband danced on the slippery rocks and fell and died; leading her to commit suicide. 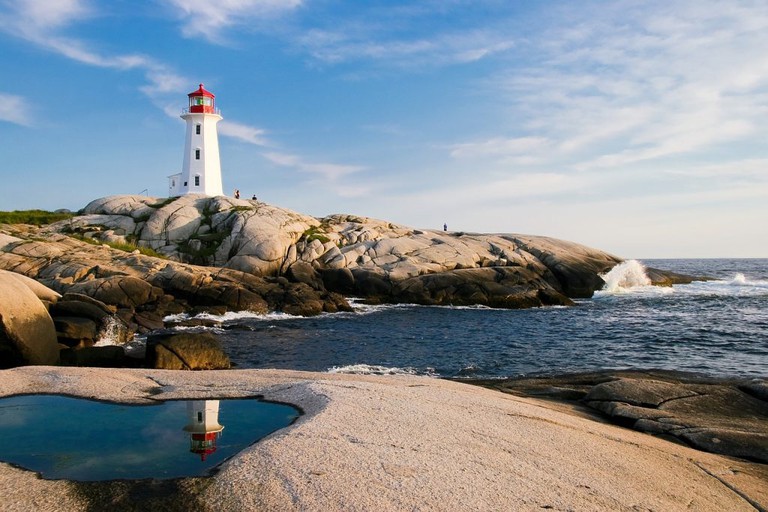 There has been a lot of paranormal activity witnessed at Dunvegan Provincial Park in Alberta. The park is one of the province’s earliest fur trade posts, and the Hudson’s Bay Company house, St. Charles Church, and rectory buildings are still intact. The first ghost is of a woman with a lantern on North Hill, where she died waiting for her husband in a snow storm. A priest has also been seen in the rectory, and people have felt watched across the entire park, so watch your back! 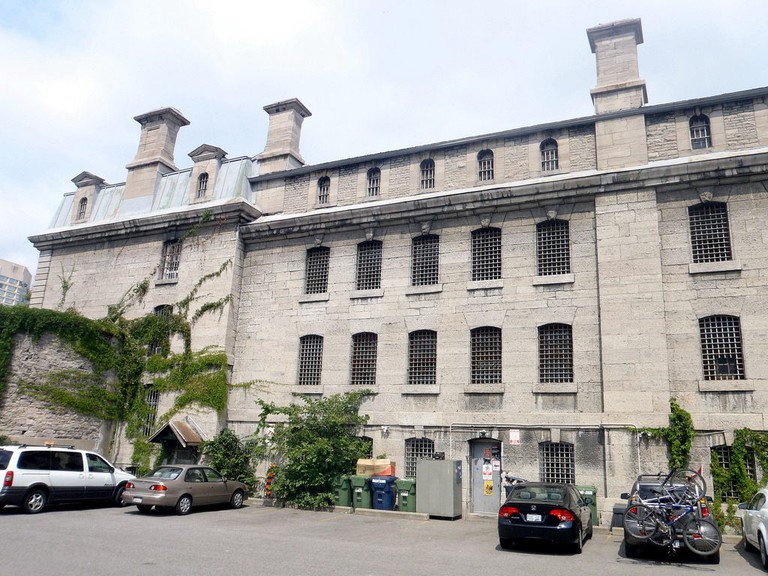 The haunted hostel in Ottawa | © Brian Burke / Flickr
Lonely Planet named HI-Ottawa Jail Hostel one of the world’s spookiest buildings. It’s housed in the building that was Carleton County Jail, from 1862 to 1972. The maximum security prison included tiny cells, no windows, and public executions. Many of the inmates died due to the jail’s horrible conditions, and a lot of them were buried on site. The most common apparition reported by guests staying in the cells is that of a man standing at the foot of the bed clutching a bible. People believe it is Patrick James Whelan, who was hanged for assassinating politician, Thomas D’Arcy McGee.

An island in southwestern Nova Scotia, Seal Island is reportedly haunted by the spirit of Annie Lindsey. She was a stewardess on SS Ottawa, which was shipwrecked off the island in 1891. Local legend says that Lindsey drowned when her lifeboat overturned and she was buried at the East End Church, where visitors can still see her grave marker today. However, when her coffin was disinterred years later, there was apparently evidence she had been buried alive. 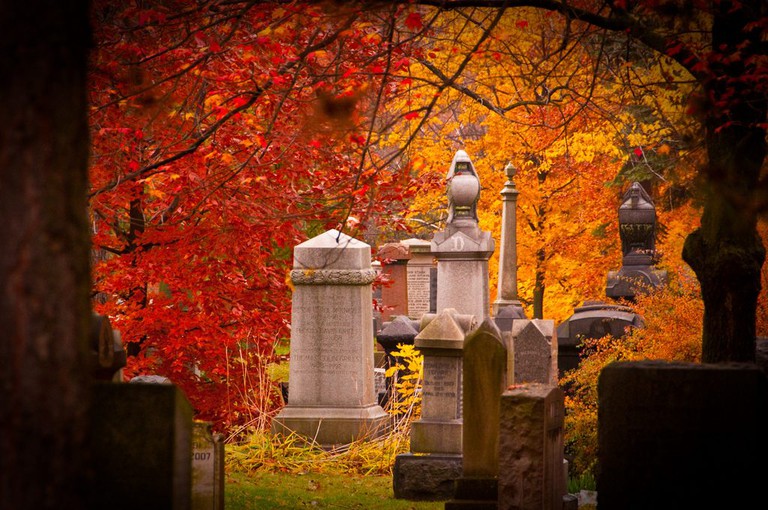 Fall in Mount Pleasant Cemetery | © Colin Knowles / Flickr
Designated a National Historic Site in 2000, Mount Pleasant Cemetery is a haunted playground filled with incredible architecture. Located in midtown Toronto, the cemetery’s paths are frequented by joggers and visitors, who walk past the graves of famous businessman, politicians, and athletes. Paranormal activity within the cemetery includes unusual noises, electrical issues, and strange light patterns. One employee even had an invisible force push him off a tractor.
Open In Google Maps
375 Mount Pleasant Road, Old Toronto Toronto, Ontario, M4T 2V8, Canada
+14164859129
Visit Website
Give us feedback

On Vancouver Island, the Maritime Museum of British Columbia is located in a former courthouse building, which also included the island’s first gallows. Apparently many of the men hanged were buried on the grounds, which is why dragging chains have been heard in Helmcken Alley, beside the museum. Inside is the haunted lifeboat, connected to the 1908 Valencia steamship wreck. The lifeboat was discovered years later full of skeletons, before disappearing and reappearing empty 27 years later.

Known as one of Canada’s most historical parks, the Plains of Abraham is a city park in Québec City. It was the site of many fights between the French and British Empires, including the Battle of the Plains of Abraham in 1759. This battle was one of the most important in Canadian history, and many soldiers (including both Major Generals) died at the park. People have reported seeing many soldier-like ghosts in the park’s fields and tunnels. 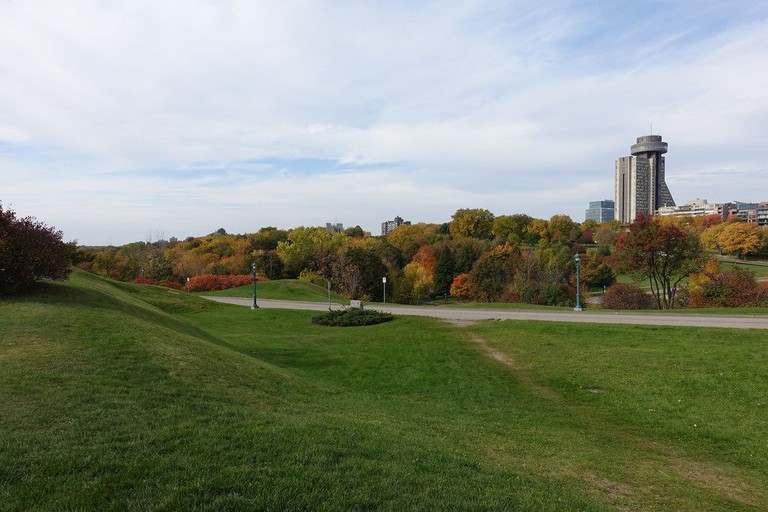 Located on Toronto Island, Gibraltar Point Lighthouse is one of Toronto’s oldest buildings. Built in 1808, the lighthouse is reportedly haunted by the ghost of its first keeper. In 1815, John Paul Radelmüller was murdered by Fort York soldiers, who fought him over his bootlegged beer. Laid to rest beside the lighthouse, it’s said his ghost still lingers.

Reader’s Digest called Fairmont Empress one of the world’s most haunted hotels. Located on Vancouver Island, the hotel is just as well-known for its ghosts as it is for its high tea. It’s said that the hotel’s architect, Sir Francis Rattenbury walks the halls, even though he was murdered in England in 1935 by his wife’s lover (who was also his chauffeur). There’s also the ghost of chambermaid, Lizzie McGrath, who died in 1909. She went to step out onto her fire escape, but it had been removed for construction, so she instead fell to her death. Finally, there’s an elderly woman in pajamas, who reportedly knocks on doors and leads guests to the elevator before disappearing. 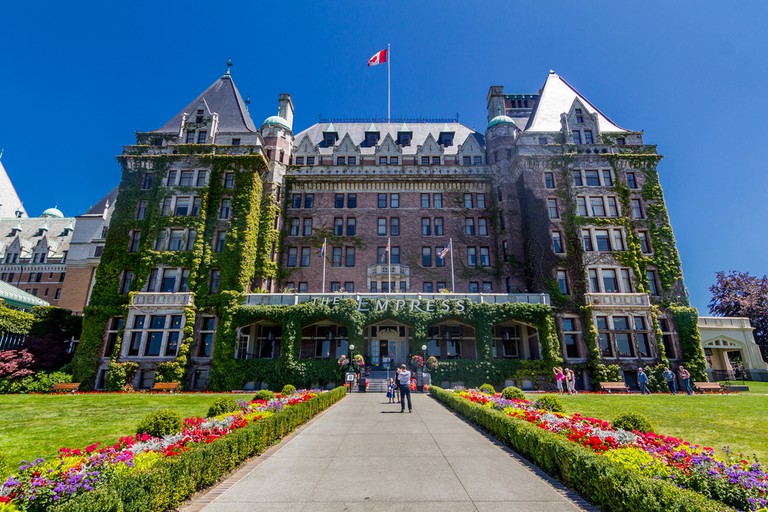 Tranquille Sanatorium was built in 1907 to treat tuberculosis patients. It was closed in 1958, but reopened one year later to treat the mentally ill. The sanatorium closed in 1983, and was later bought by Tranquille Farm Fresh. The farm does tours of the sanatorium and even does theatre and tours within its tunnels, which patients and staff used to move between buildings. The area is said to be haunted by past patients, and glowing orbs have been seen. 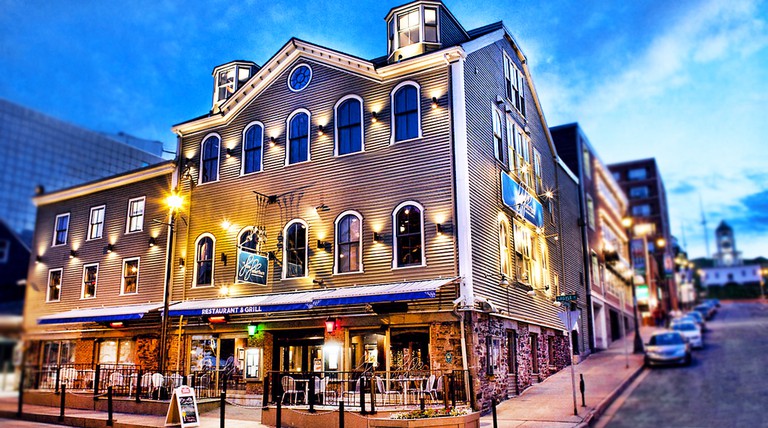 The building that now houses Five Fishermen Restaurant was once a funeral home. John Snow & Co. Funeral Home was in business through two major disasters of the early 20th century: the sinking of the Titanic, and the Halifax Explosion. Many of the restaurant’s staff have reported paranormal activity, which fortunately seems to happen before and after it closes. This includes objects being invisibly moved or knocked over; taps turning themselves off and on; spirits on stairwells; and a certain older man apparition.