Spectacular Places To Cycle In Canada 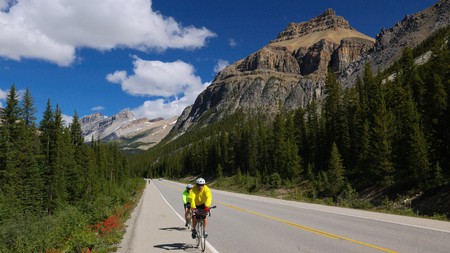 Canada is widely celebrated for its natural beauty, and one way to immerse yourself in the range of landscapes the country has to offer is through cycling. While there’s always the The Great Trail, a trans-Canada network of routes you can explore by hiking, cycling, paddling, riding, cross-country skiing, or snowmobiling – for bike fans in particular, here are nine spectacular routes you won’t want to miss.

British Columbia always has stunning landscapes to offer, to the extent you almost can’t go wrong while selecting the ideal cycling location. Try the Gulf Islands, where you can choose from a series of island trails. Overall, you’d need about a week to cover them all. There are dedicated bike paths on Vancouver Island as well as quiet side roads throughout, though Salt Spring Island can get busy depending on the time of year. You can visit artist’s studios, farmers markets, and spas along the routes, all with regular ocean and mountain views that are sure to take your breath away. 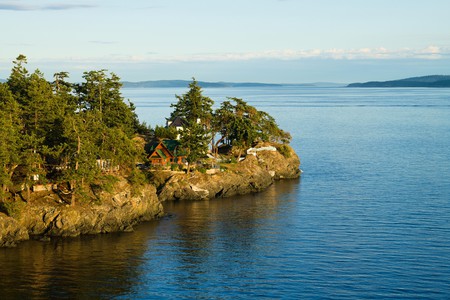 The 230-km stretch between Jasper and Banff in Alberta is mind-blowing. Following the Parkway will take you pass wildflowers, brilliant lakes, and stunning mountains in the world—beauty that might distract you from the 2,000-metre climbs making your thighs burn. The route takes around three days, unless you decide to take it slower and spend a couple of nights at hostels along the way.

Although the prairies don’t bring to mind particularly challenging or varied cycling options, Saskatchewan does offer rolling hills and rising buttes, as well as descending river valleys that make for a beautiful long-distance ride. This section of the Trans-Canada Trail works through the town of Battleford, cutting across the North Saskatchewan River and then making its way to the city of North Battleford. Visitors should also check out Finlayson Island, where you can pass through arches to discover a wild oasis of marshes and plenty of wildlife.

Taking a different angle of the prairie highlands, Duck Mountain Provincial Park along the Saskatchewan-Manitoba border offers a series of trail routes that are marked according to their level of difficulty. These varied trails will take you through prairie grasslands, across creeks and streams, and through dense forest. And there’s always the chance of sighting some elk or moose, bobcats or black bears along the way. 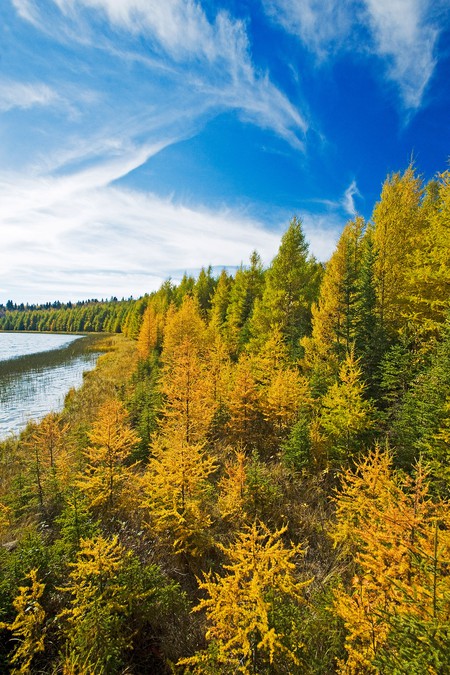 For a long route that doesn’t come with severe inclines, Ontario’s southeastern Waterfront Trail offers a pretty on- and off-road route that extends from Niagara-on-the-Lake into Quebec. You can opt to cycle any length of the more than 780-kilometre trail as it follows the shores of Lake Ontario.

Quebec is probably Canada’s most bike-friendly province, boasting over 5,000 km of connected trails. National Geographic even named the Route Verte among the best in the world. Two beautiful sections of the trail are the Véloroute des Baleines (the Whale Trail) from Tadoussac to Baie-Trinité, which offers breathtaking views of the St. Lawrence River, and the Véloroute des Bleuets (Blueberry Route), which takes you around Lac Saint-Jean (northeast of Quebec City) through 256 kilometres of dedicated bike trail and signed roads.

The Cabot Trail in Nova Scotia offers stunning vistas of forest and ocean. This 298-km paved loop on Cape Breton Island is better suited for seasoned cyclists, with plenty of hills and steep inclines. You can opt to tackle the full trail in three to five days, or go through sections at a time. The northern section of the Cabot Trail passes through Cape Breton Highlands National Park, while the westerly and easterly sections trace the rugged coastline. In the southwest the route goes through the Margaree River Valley before passing along Bras d’Or Lake. 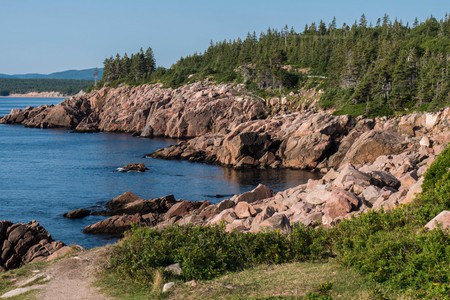 In Canada’s smallest province, the Confederation Trail was built on abandoned railway beds. It winds through woodlands, rolling hills, and postcard-perfect coastlines. If you’re in prime cycling shape you likely could cycle the length of Prince Edward Island in just a day—but you might want to take a cue from PEI’s laidback vibe and take your time. if you want to get off the beaten path, you can also swerve off the main trail and explore the less-traveled tracks around the province, including the 10 kilometre multi-use trail along the Gulf Shore Parkway in Prince Edward Island National Park.

The natural terrain of Newfoundland is rugged and breathtaking. The Viking Trail is a challenging 600-km route up the Great Northern Peninsula that tracks from Deer Lake along the coast and through the spectacular Gros Morne National Park, toward the northern tip of the island. 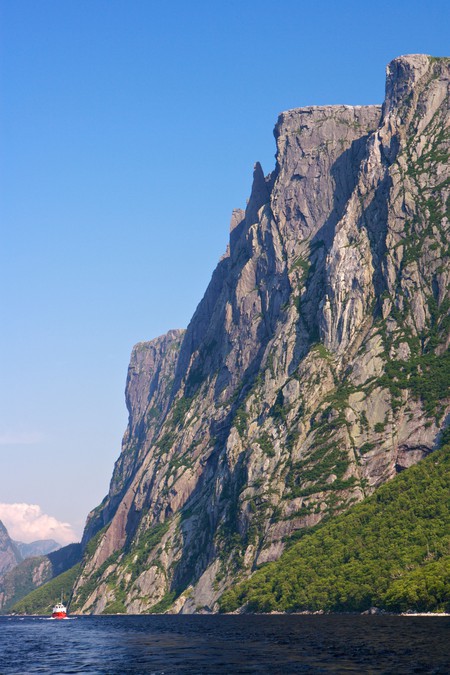