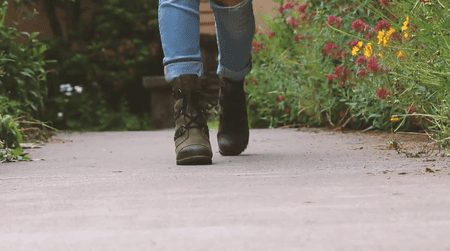 Zero to One: SOREL | © Cole Clapshaw/Vimeo

While New York City or Paris may come to mind when speaking of fashion, Canada has been a big influencer in the fashion industry for decades. From Herschel to Lululemon, discover the history behind these seven fashion brands that you probably didn’t know were started right here in Canada.

Herschel, known for their trendy backpacks that can be found on hipsters, travellers, students and youngsters around North America, was started by two brothers — Lyndon and Jamie Cormack — in 2009 in Vancouver, Canada. The name Herschel came from a small town in Canada, with only 30 residents today, that their family settled in after immigrating from Scotland in the early 1900s — the Cormack family stayed there for three generations after, and became the inspiration for the brothers’ brand. Herschel was created to provide ‘the everyday traveler with the perfect bags and accessories’ — starting with their original line of accessories, Herschel Supply’s Classic Collection, Herschel has now branched out to include the Herschel Supply design department, Herschel Supply Kids Collection and Bad Hills Workshop.

Lululemon is one of the most popular athletic apparel companies today — what started as a small time yoga-inspired women’s line in Vancouver, Canada in 1998, has expanded to a hugely successful athletic brand that can be seen on almost every fitness guru today. Its founder, Chip Wilson, decided to take inspiration from yoga and develop a line that would provide women with appropriate gear for this type of workout. He opened a design studio-by-day, yoga studio-by-night on West 4th Avenue in Vancouver; by 2000, the store was a huge success, establishing a community of fitness lovers that would gather to learn and discuss ‘the physical aspects of healthy living, mindfulness and living a life of possibility’. Today, Lululemon has ‘brand ambassadors’ that teach what living a healthy lifestyle means by setting and meeting goals and inspiring others to do the same; the brand also hosts a number of festivals and retreats to keep the Lululemon community alive and growing — they’ve since expanded their line to include apparel for other sports like running and cycling, as well as apparel for men.

Some run for fitness. Some run for clarity. Some for the feeling. Running is about #morethanmiles. What do you run for?

Sorel, one of North America’s most popular cold weather footwear lines, was founded in 1962 by a company called Kaufman Rubber Co. Based in Kitchener, Ontario, the company — which was later renamed Kaufman Footwear — unfortunately went bankrupt in 2000, and was forced to sell Sorel to Colombia Sportswear. Following this purchase, Sorel went from being only Canadian-made, to outsourced, and expanded to include other products besides winter boots like outerwear and work apparel. Despite these drastic changes, it still remains one of the best selling winter boots in the world that combines the functionality of a warm winter boot with a bit of fashion-sense and high quality materials like leather and wool.

#tbt to blizzards in our snow-taming Joan of Arctic Boot. | Photo: @christie_ferrari

MEC, an innovative ‘cooperative, members-only style’ outdoor gear brand, was started by a group of four climbers while on a climbing trip in Mount Baker in 1970. During the late 1960s and early 1970s, climbing gear was difficult to find in Canada — many Canadian mountaineers were forced to cross the border to find what they needed from stores like REI — and this group of climbers discussed the idea of making climbing gear more accessible in Canada. In 1971, The Canadian Mountain Co-operative was born: based on a cooperative concept — the cost would be $5 for a lifetime membership with an unlimited group of members — the company began selling high quality gear for outdoor sports like rock climbing, mountaineering, ski mountaineering, hiking and running by lugging around gear to its members. In 1977, the Co-op opened its first store in Calgary, which became known as MEC. The Co-op started with six members and $65 in operating capital, and ran solely on volunteer employees — today, there’s over 4 million members, operating in over 18 cities.

A moody day at Pyramid Lake. 📷 by @coryjohnn P.S. Our dry bags are a photographer's best friend. #explorecanada #travelalberta #myhomewaters

Club Monaco, a popular apparel and accessories brand for men and women, began as a small store on Queen Street West in Toronto in 1985. Founded by Joe Mimran and Alfred Sung, Club Monaco was known for its simple, classic black and white styles using fine fabrics and putting out designs with a perfect fit. In 1999, Club Monaco was bought by Ralph Lauren; however, the company has remained an independent entity within the Polo group even though it is headquartered in New York City. Today, Club Monaco can be seen across the globe with over 140 locations worldwide including the United States, London, Beijing and Macau, and is still known for its timeless designs that bridge classic styles and modern flare.

Aritzia, one of Canada’s trendiest women’s apparel lines, was founded in Vancouver by Brian Hill in 1984 — what began as a small women’s apparel boutique in Vancouver now has over 60 boutiques across North America, including Vancouver, San Francisco, Toronto, Chicago and New York. This innovative women’s fashion brand has captured the hearts of females across North America, featuring high quality fabrics and materials, perfected designs and highly crafted handbags and accessories. With over 13 different in-house lines, including the Community and Le Fou brands, and a number of popular outside brands like Citizens Of Humanity, Mackage, Marc by Marc Jacobs and Rag and Bone, Aritzia has set itself apart as a unique boutique that always hosts beautifully designed clothes that are always ‘on-trend, high quality, and of good value’.

We ❤️ our style advisors for showing us how to wear it best. 📷 @stylesteffi #StaffStyle

Fluevog Shoes was started by John Fluevog and his co-worker, Peter Fox in Gastown, Vancouver in 1970 — going by the name ‘Fox and Fluevog’ for over a decade. After the two split in the 1980s, John went on to open his first Fluevog Shoes store in downtown Vancouver, after which he developed his famous Angel Soles years later — made from 100% natural latex harvested from the Hevea Tree. This invention launched his shoe lines into a life of success and fame — it gained so much recognition in the fashion world that even celebrities picked it up for wearing (think: Madonna and Lady Miss Kier). Fluevog experimented with various eco-friendly and vegetable-tanned leathers and water-based glues over the decades, and his untraditional, unique designs earned him his own exhibit at the Museum of Vancouver, named one of the Most Innovative Companies in the Fashion Industry by FastCompany. In the words of Fluevog, ‘good soles leave small prints (no matter what your shoe size)’.