Sample the World's Only Organic Potato Spirits in Western Canada 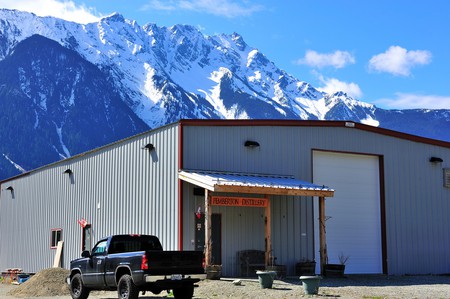 Though vodka was originally made from potatoes, today, it’s most commonly made from distilling fermented cereal grains such as corn, rye, and wheat. One distillery in Western Canada, however, that’s bringing back potato vodka. Pemberton Distillery is the only place in the world you can sample organic potato vodka, as well as other potato spirits.

Pemberton Distillery is located in the small village of Pemberton, just 18.6 miles (30 kilometers) north of Whistler in British Columbia. The town is actually known as the Seed Potato Capital of North America thanks to its production of virus-free seed potatoes. So it’s no wonder this distillery has chosen organic potatoes as the main ingredient in their spirits.

The distillery is a family-owned business and is the only Certified Organic Distillery in British Columbia. It’s Certified Organic according to Canadian, U.S., and European national standards. It produces all of its spirits on-site and every ingredient used is grown in British Columbia. As well as using the Pemberton potato in many of their spirits, the distillery also uses locally grown organic grains and fruits in their liqueurs, whisky, and brandy. Each spirit is hand-bottled, too.

The distillery’s mission? “To express the character of the Pemberton Valley in the highest quality organic spirits.” The spirits are only made in small batches, and each recipe is developed by Founder and Master Distiller, Taylor Schramm. He trained in brewing and distilling at Scotland’s world-renowned Heriot-Watt University. The distillery’s organic spirits contain no synthetic or chemical additives, no anti-foam agents, no GMO enzymes, and no yeasts. 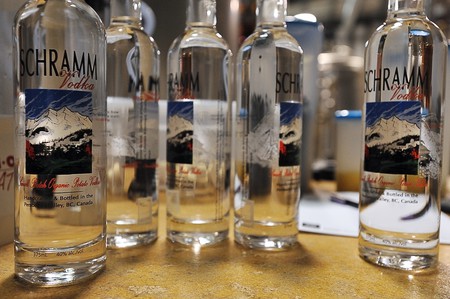 Although some distilleries around the world specialize in sweet potato vodka, Pemberton Distillery is, incredibly, the only place that produces organic potato vodka. Approximately 15 pounds (seven kilograms) of Pemberton organic potatoes go into each bottle. The distillery recommends serving it chilled neat or on the rocks.

Some of the other organic spirits and liqueurs produced at Pemberton Distillery include strawberry liqueur, created with strawberries hand-picked across the road at North Arm Farm. Their Hemp Vodka is the organic potato vodka infused with organic hemp seeds grown on Vancouver Island. They also produce an authentic absinthe, coffee liqueur, apple brandy, and single malt whisky.

Another of their rare products is the potato spirit-based gin. The distillery says this is a smooth gin you can enjoy neat, but it’s also excellent in martinis and cocktails. Beppi Crosariol from the Globe and Mail says it is “one of the best on the planet.” There’s only one way to find out if this is true.