Quebec, is known in the culinary world for two main reasons: maple syrup and poutine. Quebec traditional cuisine, however, has much more to offer. Discover the traditional cuisine of the beautiful province that is Quebec, Canada. 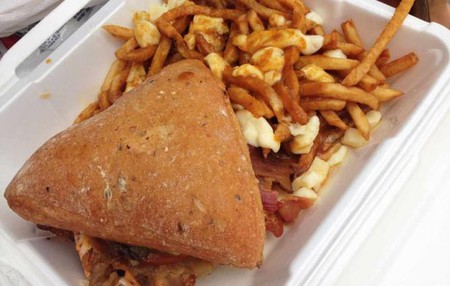 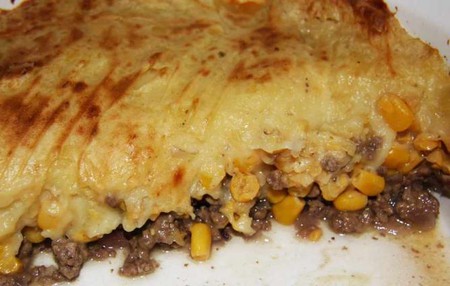 Translated literally, this means “Chinese casserole.” In reality, there is nothing Chinese about the dish; rather, it is a Quebec version of shepherd’s pie. It consists of three layers: ground beef on the bottom, creamy corn in the middle and mashed potatoes on the top. The origins of pâté chinois are still unknown. According to the most common version, pâté chinois was served to the Chinese workers building Canadian railroads in the 19th century. Even if pâté chinois remains a family meal, some restaurants include in their menu its elevated version using slowly cooked lamb or duck instead of ground beef. Some home cooks also play with the ingredients by using sweet potatoes or cubes of beef. There are also vegetarian versions where lentils replace ground beef. Pâté chinois is a favorite weekly treat for kids. 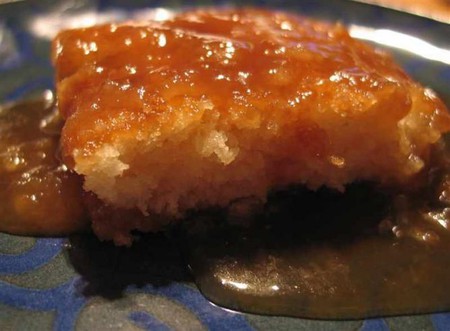 This classic Quebec dessert will become your new sweet addiction. It is perfect in its simplicity, no complicated ingredients (basic cake dough), but the secret lies in soaking the dough in sugar syrup before baking. Chômeur means unemployed in French and it refers to the low-cost ingredients used to make the dessert. Today many substitute sugar with the maple syrup to add complexity and flavors. Pouding chômeur is a comfort food for family dinners rather than big celebrations. It is perfect for feeding a big hungry crowd of kids and teenagers. 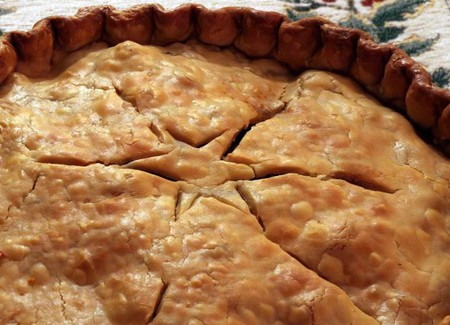 Tourtière is a meat pie very common everywhere in the province of Quebec. Depending on the region, veal, beef and/or pork can be used, well diced or ground. This is more of a festive dish, often served during Christmas or other holidays. The most famous tourtière comes from the region Saguenay–Lac-Saint-Jean. To distinguish from other tourtière the meat is cut in cubes and often wild meat is added. Tourtière du Lac-Saint-Jean is also much bigger in size. It is labor-intensive and time-consuming to make. Even though you can find it in many places, the best one is made by someone who comes from the region. 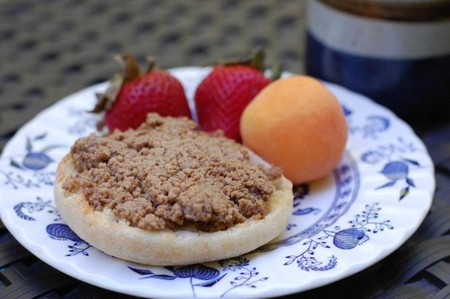 Another Quebec dish for carnivores, cretons is simply a pork spread. It is often prepared for breakfast. One common way to serve it is on a hot toast with yellow mustard and Kraft cheese. The heat of the toast will melt both cretons and cheese, making a nice texture and mixing all the flavors together. While not fancy it is still very much present in the Quebec culture. Many restaurants will add it as a side to your morning eggs instead of or together with ham or sausages depending on your preference. Cretons can also be purchased prepared in grocery stores.

The most known Quebec culinary invention has now a million variations and is copied widely outside the province. Unlike other dishes, it is not to be made at home. The authentic version is simple: fries, cheese curds and gravy, everything else is a nice addition. Today you can try poutine with chorizo or bacon, beans or guacamole. Venues across the province compete in making the most creative and unusual versions. Some chefs from high-end establishments experiment by adding foie gras and other sophisticated ingredients. There is also a trend to create fusions with poutine by, for example, adding it to a burger. The origins of poutine remain an unsolved mystery and are subject to discussions. One thing is certain, poutine is the most common fast food in Quebec.