The Underground PATH Of Toronto: Hints And A History

Toronto can get hot, and Toronto can get cold – very cold – we all know this. Luckily, there is a place where you can escape the sweltering heat and chilling cold, where you can travel in relative comfort throughout much of the downtown core. PATH is Toronto’s underground pedestrian walkway. Here are a few tips on how to best take advantage of this subterranean passage; but first, a little history. 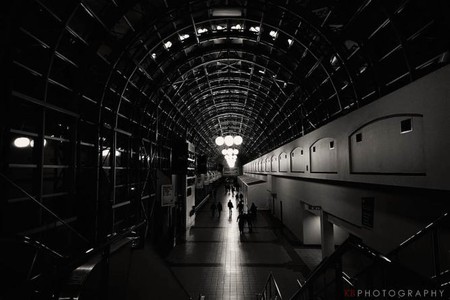 PATH started way back in 1900 when the Eaton Co. decided to connect its main stores with the bargain shop across the street, by way of an underground tunnel. The next phase was completed alongside the opening of Union Station in 1927, connecting to the Fairmont Royal York on Front Street, which opened in 1929. As PATH expanded the city took over management of these underground pathways. Interestingly, each portion of the PATH is owned by the property it runs through, meaning about 35 separate companies work together to make PATH happen.

Want to get the most out of PATH? Start to learn where you can enter and exit the system. There are over 125 entrances on street level, six of which are connected to subway stations. PATH also provides covered access to many of Toronto’s major tourist attraction: find your way into the Hockey Hall of Fame, The Air Canada Centre, Eatons Centre, Rogers Centre, the Toronto Coach Terminal, prominent hotels, or the CN Tower. Whether you are just arriving into the city, leaving for another, or finding your way home after a busy (and either triumphant or disappointing) Leafs game, PATH is there to make your walk comfortable.

Keep in mind, PATH doesn’t follow the city grid; so, at times, it can serve as a quicker option to reach your destination. Now if this sounds confusing you wouldn’t be alone in thinking so. At first PATH can resemble a maze, and you can quickly lose your way without the common landmarks to help find your bearing. Luckily, there are colour-coded signs at almost every intersection along PATH, telling you which direction you’re heading in, as well as relevant landmarks. Each day around 200,000 pedestrians slide across the shiny marble floors of PATH at a frantic and hurried pace.

Toronto’s PATH is in fact a Guinness World Record holding underground shopping complex; with 30 km and 371,600 square metres of retail space,there is no larger underground shopping complex. So, become familiar with what is down there. There are of course food courts featuring the regular fare, McDonalds, Manchu Wok, and other fast meals. Besides the fine purveyors of quick and easy eats there are any number of photocopy shops, tie stores, book stores, clothing shops, really there is no telling what you will stumble upon, so take the time to explore. You will also find that Longo’s has set up a number of convenient grocery stores designed for a swift pickup, perfect for those on the run and in need of dinner or a few things for the fridge.

Sure the streets may be nice with the fresh air and the sound of traffic, the tourists staring up at the tall buildings, crowds of people spilling over the sidewalk and into the streets. But if you are looking for a climate controlled, shop filled alternative there is another option. It may be flooded with suits but just look for the distinctive PATH sign and step into the underground, there’s no dress code, it could just change the way you get around Toronto.

Connor Titmarsh, a Thornhill native, has always been drawn to Toronto and its endless offerings. A graduate from Western University he can be found planning his next globe spanning trip, eating his way around Toronto, or digging through crates at one of many record shops.