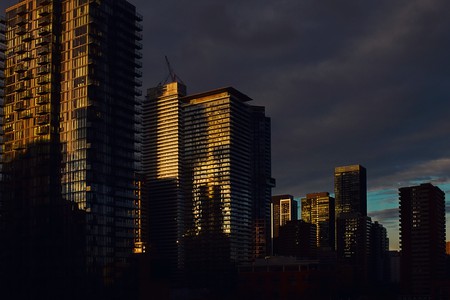 When it comes to popular film settings, the notorious USA (more often than not, New York City) seems to dominate cinema screens, while movies filmed in Canada slip quietly under the radar. With Toronto’s booming film industry, film crews are heading north of the border to join Canadian filmmakers. In terms of aesthetics, Toronto in particular has seemed to master the art of sepia-toned romances, dramas and even thrillers. While Toronto often stands in for an American locale, audiences are seeing more films that are actually both set and based in Toronto. To see Toronto on the big screen, check out these ten films.

No stranger to stylistically stark films, Sofia Coppola certainly does not disappoint with her directorial debut of The Virgin Suicides, based on the successful 1993 novel by Jeffrey Eugenides. The film tells the story of the hauntingly beautiful and unhappy Lisbon sisters, and the events leading to their joint suicides. The girls are doted upon by every peer in their 1970s neighborhood, but no more so than by their unnecessarily overprotective parents, leading to stark feelings of isolation and suffocation amidst their sunlit suburban life. Following the suicide of the youngest Lisbon sister, the film displays the bleak loneliness that the Lisbon girls feel, with the accompanying tone set by empty football fields after prom, and a large cold house filled with unanswered questions. 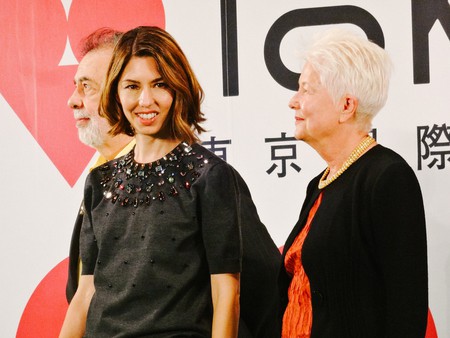 The softly poignant film, directed by Sarah Polley first premiered at The Toronto International Film Festival in 2011, and featured the unlikely pairing of goofy comedy actor Seth Rogen and dramatic film veteran Michelle Williams. Take This Waltz tells the story of married couple Lou and Margot, and their sleepy life living in Toronto’s Little Portugal neighborhood. As the movie progresses, the audience begins to feel Margot’s restlessness in her life, through the quaint, but almost unbearably melancholic vibe expressed through the visuals in settings as commonplace as the community pool, or her own dimly lit kitchen. The aesthetic, though charming, wears off quickly, leading to central plot: Margot’s steamy affair with an excitingly unpredictable man. The almost suffocating sense of stillness of the film, was no doubt due to the keen eye of Sarah Polley’s direction, while Toronto served as the magnificently stagnant backdrop. Torontonians will recognize: The Lakeview restaurant and Kew Beach. 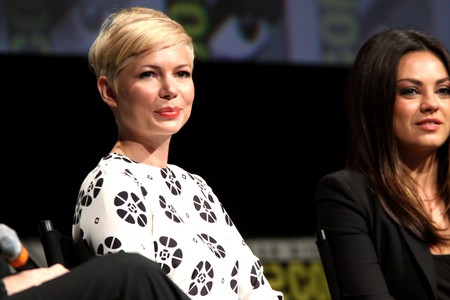 This blue-black film, directed by Jaume Collet-Serra, depicts the horrors of Kate and John Coleman (Vera Farmiga and Peter Sarsgaard), after the stillbirth of their third child. The couple decides to adopt, bringing nine-year-old Esther into their home – a grave mistake. Orphan relies heavily on stylistic elements such as contrasting dark to bright lighting, a frightening score, and surprisingly intimate settings. Some of the most striking scenes – the intense fight scene between Esther and Kate for example – took place usually with less than three people present per frame, thus allowing the audience to take in the setting in addition to the on-screen action. The Torontonian aesthetic makes an appearance in the cold, blue settings displaying true Canadian elements such as the dangerous beauty of a North American winter and lush backwoods, all of which act as vital elements in the overall tone of the film.

American Psycho, directed by Mary Harron, initially debuted at the Sundance International Film Festival, and was met with rave reviews. Filled with a star-studded cast, the wonderfully dark film includes a star performance from Christian Bale, who plays Patrick Bateman, a wealthy businessman living in New York in the 1980s, with Toronto city locations standing in for the Big Apple. The general tone of the film starts off normal enough, with the setting displaying that of a busy, fast-paced environment – not too different from the downtown core in Toronto, where a majority of the film was shot. However, as the audience soon finds out, all is not what it seems with Bateman, as he is revealed to be a classist, misogynistic, grudgingly hilarious, sociopathic murderer. Blending dizzying business atmospheres with terrifyingly dark scenes shows the flexibility of Toronto as a setting, as it showcases the way in which no aesthetic is merely one-dimensional. 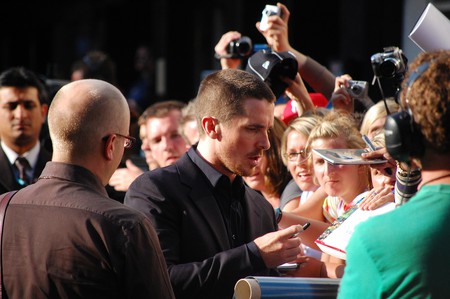 This tearjerker, directed by Robert Schwentke, tells the extraordinary story of Henry DeTamble (Eric Bana), who spends his entire life traveling between different periods in his life. Henry’s life gets all the more complicated when he meets and falls in love with Clare Abshire (Rachel McAdams). Not only was this shot in Rachel McAdams’ home city (Toronto!) it’s also the first of her successive time travelling films…The narrative is complemented by brightly lit, natural backgrounds, usually contrasting well with the ever present sadness and frustration felt by the characters. Though Chicago is cited as the primary filming location, a lot of the scenes were actually filmed in Toronto. Settings include notable areas such as the Osgoode Hall Library and University of Toronto. The use of nature (such as the outdoor wedding scene shot by the McLean House) also works well with the wholly unnatural aspects of the film, further enhancing viewing pleasure. 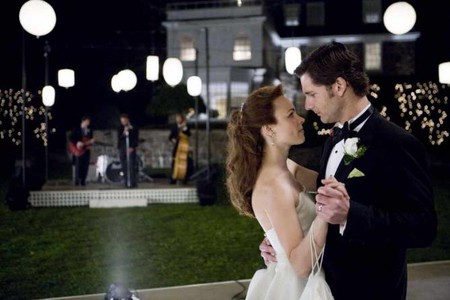 This quirky film – directed, co-written and produced by Edgar Wright – is based on the graphic novel series Scott Pilgrim by Canadian cartoonist Bryan Lee O’Malley. The movie follows the strife of Torontonian musician Scott Pilgrim (Michael Cera), and his fight for his life against his American girlfriend Ramona Flowers and her seven evil exes. The primary shooting locations fell between Bathurst and St. Clair, and Bathurst and Bloor, making Scott Pilgrim vs. The World one of the, if not the biggest movie set in Toronto. Some recognizable places include the Toronto Public Library, the Casa Loma as well as popular coffee shops and pizza places on St. Clair West. While some films prefer to conceal their Canadian affiliations, O’Malley and Wright proudly infuse North American culture into almost every aspect in the movie, paying proper homage to our great city. 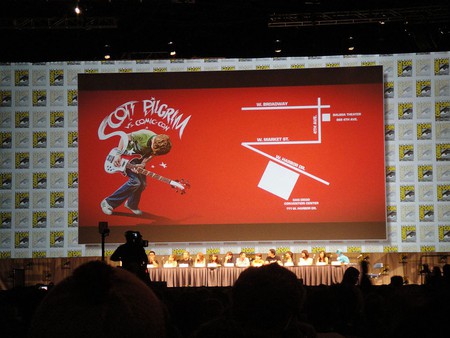 Scott Pilgrim vs. the World Panel at Comic Con | © popculturegeek.com/WikiCommon

Quite possibly one of the most quoted movies of all time, Mean Girls has gained an intense cult following, after a highly successful run at the box office. Though Mean Girls was said to have been filmed in the wealthy Chicago neighborhood of Northshore, a vast majority of the movie was filmed right here in Toronto. Inspired by Rosalind Wiseman’s non-fiction novel Queen Bees and Wannabes, the movie directed by Mark Waters was met with great commercial success. The movie, though campy and humorous, deals with very real issues surrounding the cut-throat culture developed by high school cliques. Mean Girls tells the story of Cady Heron (Lindsay Lohan), who returns to the United States, after spending 12 years with her family in Africa, and her integration into the social hierarchy of high school. Some notable Torontonian landmarks from the movie include University of Toronto’s Convocation Hall and Sherway Gardens mall. Mean Girls is a prime example of the way Toronto is regularly featured on the big screen, right under our noses. 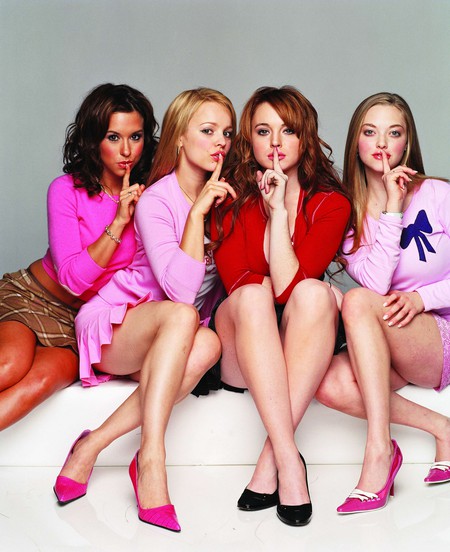 Though it may seem as though The Incredible Hulk was shot in New York City, with special permission from former mayor David Miller, the film was shot in Toronto’s downtown core, with bustling areas such as Yonge Street and the Financial District blocked off during filming. This action packed superhero movie was directed by Louis Leterrier, based off the notorious Marvel comic book series about Bruce Banner (Edward Norton), whose exposure to gamma radiation turns him into the unmistakable giant green hero. The film transcended to the big screen, using Toronto as its main shooting location. Some key areas for shooting included the University of Toronto, and Morningside Park. 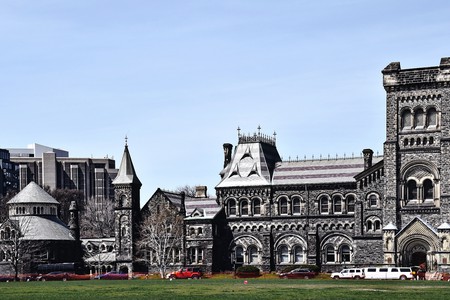 This steamy erotic thriller, directed by Atom Egoyan, is based on the French film Nathalie…, and it tells the story of Catherine (Julianne Moore) who hires a call girl named Chloe (Amanda Seyfried) to seduce her husband, in order to test his faithfulness. Things go awry, however, when Chloe and Catherine begin an affair of their own. Once again, due to the cityscape, one might be inclined to assume the primary location to be New York; however, many local Torontonian landmarks make an appearance in this film, some of which include highly noted restaurants such as The Rivoli and the Café Diplomatico . Other significant areas include the Royal Ontario Museum, the CN Tower and The Art Gallery of Ontario. 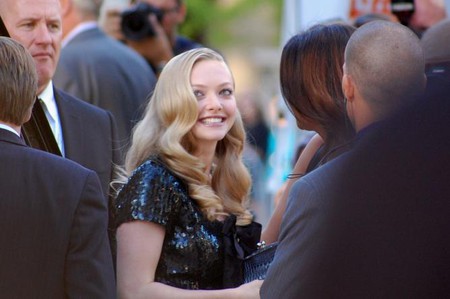 A modern remake of the 1998 comedy by John Waters, Hairspray is a romantic sing-along, featuring the story of the chubby Tracy Turnblad, and her dreams of making it big as a TV star on the Corny Collins show. Cited as one of the most successful musicals of the past decade, Hairspray features in a star-studded cast including John Travolta and Michelle Pfeiffer. Set in Baltimore, Maryland in the 1960s, the film’s primary shooting location was actually – you guessed it – Toronto. Showcasing exactly how malleable the city can be as a film setting, various parts of Toronto were transformed to reflect the aesthetic of Maryland in 1962. Majority of filming was shot on Dundas Street as well as Roncesvalles Avenue. 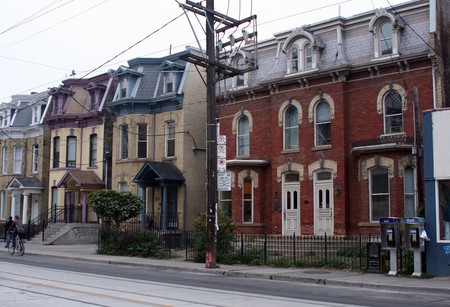 Filming Took Place in Dundas Street | © Juan/Flickr
Give us feedback