Château Laurier | © Michel Rathwell / Flickr
Canada’s capital city usually gets missed by visitors who choose to travel to Montreal and Toronto instead. But they’re missing out on seeing Ottawa, a beautiful yet small city with plenty of attractions on offer. Step away from the popular places and check out these secret spots.

After dark at Canadian Museum of Nature

Park
A relatively small yet peaceful green space in downtown Ottawa, Dundonald Park hosts many summertime events. Centretown Movies uses the park for family-friendly outdoor film screenings every Friday and Saturday night from mid-July to the end of August. There’s also yoga and tai chi classes in summer, and checkers board games are available with seating. Dosa, a local food truck, sets up at Dundonald Park as well and serves delicious Indian dosas. These are light and crispy crepes made from rice and lentils, which are filled or topped with a variety of vegetarian toppings.
More Info
Open In Google Maps
516 Somerset Street West, Centretown, Ottawa, Ontario, K1R 5J9, Canada
+16135802595
View menu
Visit website
Visit Facebook page
Send an Email
Give us feedback

The beautiful castle-like Fairmont Château Laurier in downtown Ottawa is a well-known destination. However, the secret is within the hotel. Visitors don’t have to stay at the luxury hotel to enjoy its views of Parliament Hill and Rideau Canal; they can visit Wilfrid’s, an award-winning restaurant that’s open all day. The menu features regional Canadian dishes created with local and sustainable ingredients. Wilfrid’s also has an extensive wine list and drinks menu, which is an inexpensive way to wind down from a day of exploring Ottawa while taking in the golden hour over Parliament Hill. 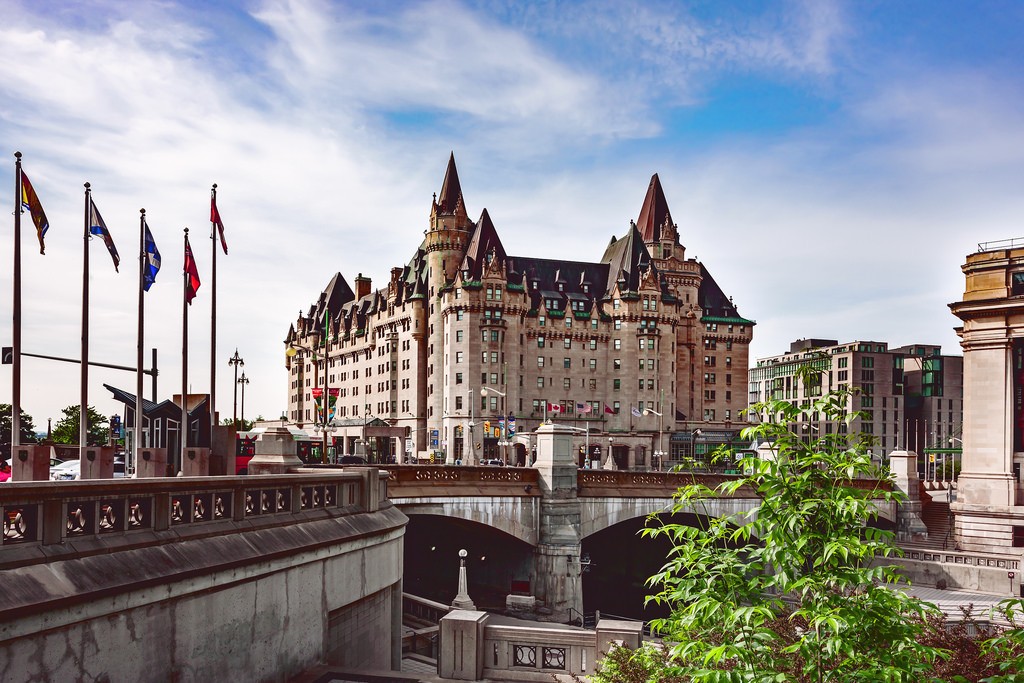 The secret is inside Château Laurier | © Michel Rathwell / Flickr

Once known as an undesirable neighborhood with high crime rates, Wellington Street West has turned itself around to become one of the city’s trendiest areas today. It’s brimming with boutiques, art venues, and fine dining restaurants and is only 10 minutes from Parliament Hill. The revitalization is in part thanks to the local government, which invested $25 million in improving the area in 2008.

“Ottawa’s home of stuff you won’t see anywhere else.” The Mayfair Theatre is Ottawa’s oldest active movie theater. Its architecture outside is Spanish Revival style, while the interior features balconies, large windows, and comfortable seating. The theater offers very inexpensive tickets to independent and classic films, family matinees, and local movies, plus it hosts many special screening events too. A popular monthly film screening is The Rocky Horror Picture Show. 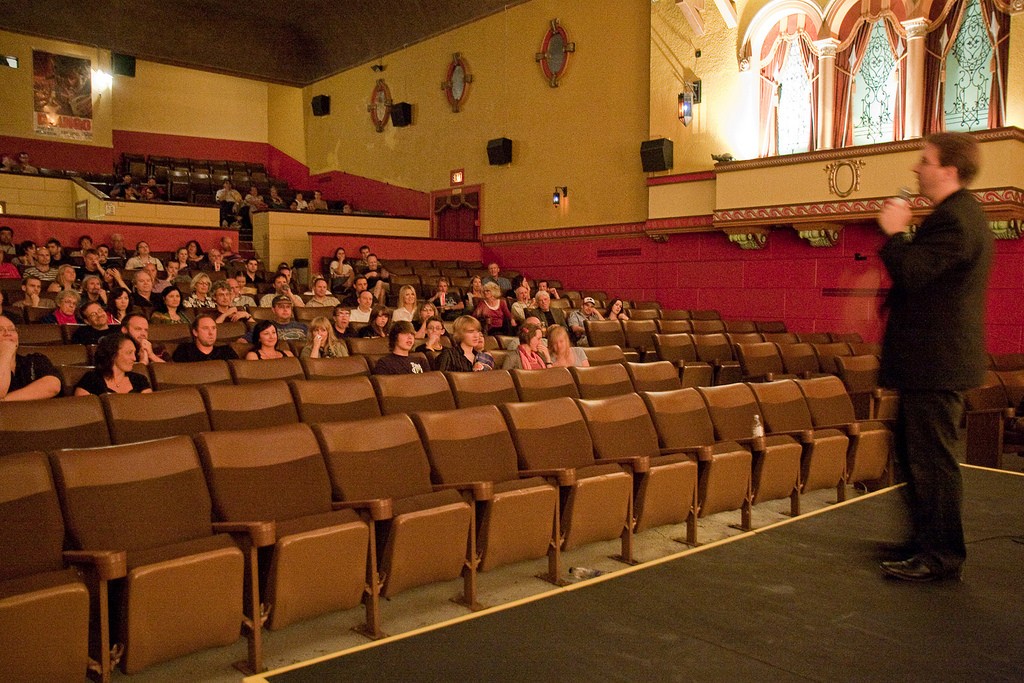 Ironically, The Staff Room is Ottawa’s most famous secret bar. It’s a speakeasy hidden behind a bookshelf inside Union 613, which is known for its Southern comfort food menu. Patrons have to tug a book in the false bookcase to gain entry into the bar, which seats only 20 people. But once inside the low-lit room, guests can enjoy a drink from the creative cocktail menu and an extensive whiskey list.

Preston Street is the main thoroughfare in Little Italy, which is an inviting inner city neighborhood. Visitors sometimes skip the area, but it’s home to award-winning international and Italian restaurants and locally owned boutiques. The community also acts as the link between two of Ottawa’s cycling paths: the Rideau Canal and Ottawa River Pathways. Little Italy hosts Italian Week in June and GrapeFest in September too, but it’s a must-visit any time of the year. 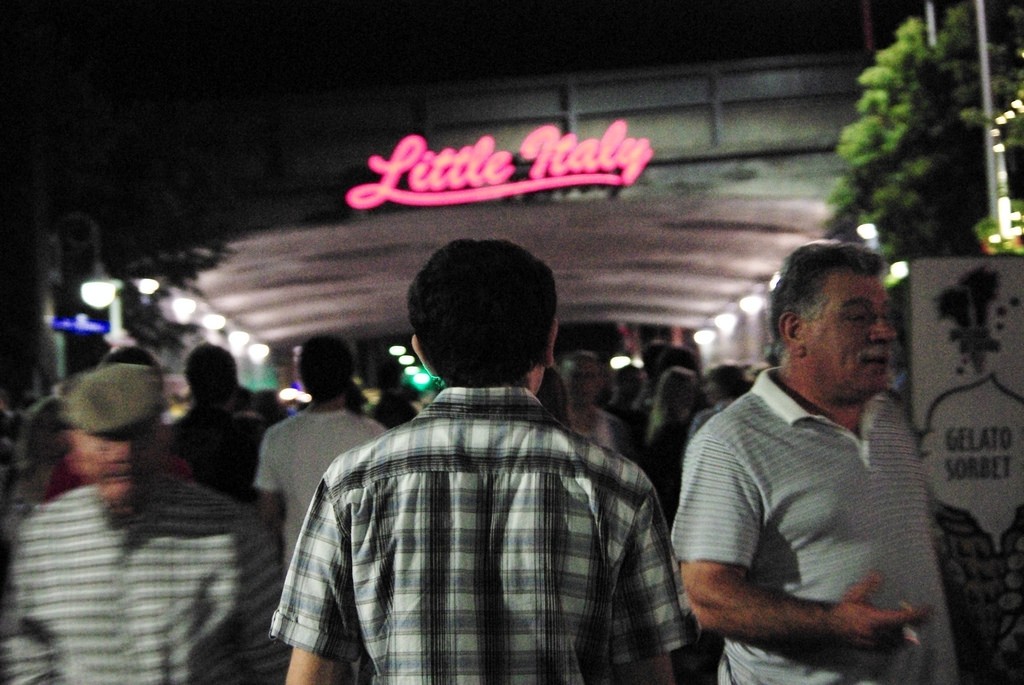 Known as Byward Market’s best-kept secret, Benny’s Bistro is a small 30-seat restaurant located behind the market’s The French Baker. Benny’s “seasonal menus of Canadian-French fusion cuisine are complemented by a daily special.” The bistro, which uses fresh and local products, is open all week for both breakfast and lunch. Some of the standout dishes on the menu include Benny’s salmon gravlax, the hand-cut beef tartare, and confit albacore tuna.

Although most visitors enjoy the view of Parliament Hill from the Rideau Canal, just behind the Byward Market is Nepean Point. At the top, take in the panoramic vistas of Ottawa’s key buildings, and then turn around and look towards the Quebec side of Ottawa. The government is currently running a competition regarding the redesign of Nepean Point and its Astrolabe Theatre, which is a popular viewing point for Canada Day fireworks.