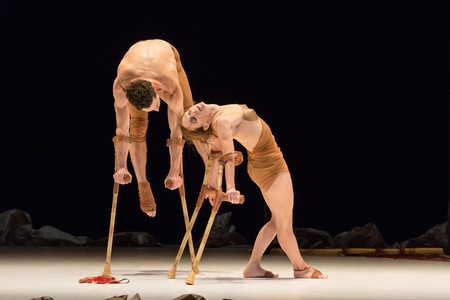 Paolo Baratta, Chair of the Board of Directors of the Biennale di Venezia, commented on her appointment and what makes Chouinard an ideal director: ‘Marie Chouinard has enthusiastically agreed to join the project that unites the Festival and College as coordinated events; both may rely on the extraordinary quality and artistic sensibility of Marie Chouinard and her passion for teaching.‘

A Canadian choreographer and dancer, Chouinard (born in Québec City, Canada, 1955) pursued a complex solo career before founding her own group, the Compagnie Marie Chouinard, in 1990. Since her debut work, Cristallisation, in 1978, Chouinard has been recognized for the experimentation and originality of her expressive works. Her choreography, uniquely conceptual, often explore themes of the body and transformation. Having produced over 40 choreographies, Chouinard is often involved in all aspects of her productions – from the musical score to costumes and lighting. 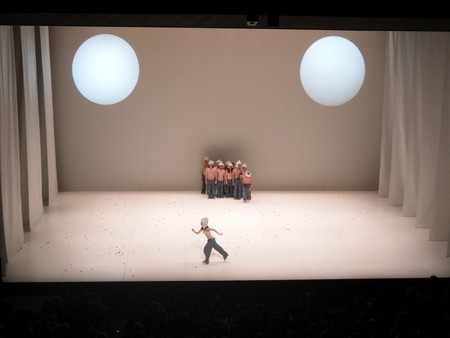 Her work is routinely recognized in both Canada and internationally. Her many awards include the Prix Jacqueline-Lemieux (1986); the Bessie Award in New York for the entire body of her choreographic works (2000); the prize for choreography from the Société des auteurs et compositeurs dramatiques (SACD) in Paris, the Order of Canada (2007); the Ordre des Arts et des Lettres (France, 2009); the Performing Arts Award for Lifetime Artistic Achievement of the General Governor (Canada, 2016).

Chouinard is renowned across the globe for her uniquely experimental approach. No stranger to the Biennale di Venezia, she has been a frequent fixture at the Biennale di Venezia since the Dance Biennale’s early days. She participated in the first edition of the Dance Biennale in 1999, invited by Carolyn Carlson with Les Solos 1978-1998. Chouinard returned in 2001 to present two group works created for her company, Les 24 Préludes de Chopin, and again in 2005 with Body Remix / Goldberg Variations, and 2010 with the European premiere of Le nombre d’or (Live) and Gloires du matin, a solo piece.

Commenting on her appointment, Chouinard touches on her commitment toward encouraging dialogue through the art of dance: “At the Biennale, I will have the opportunity to present physical practices, teachers, works and artists I believe in, who open our patterns of thought and perception to other dimensions, forcing dialogue between our habits and ourselves, between our mental structures and our freedom, towards renewed beauty, towards invigorated inclusion, towards expanded love. So I will have the opportunity to present my vision and my joy in ways other than simply through my own works, works that I will continuously create, ardently. Do we really have more than five senses? Yes of course. Life is always amazing and Venice always sings.”