Meet the Woman Who Engraves the Stanley Cup 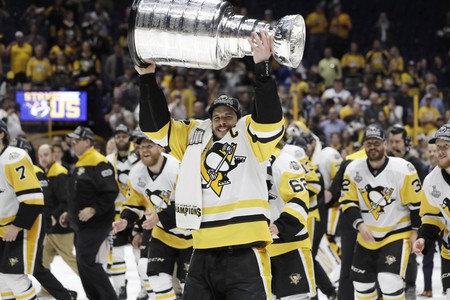 For the second time in as many years, Sidney Crosby, Evgeni Malkin, Matt Murray and the rest of the Pittsburgh Penguins’ roster will be engraved onto the Stanley Cup, the ultimate prize in the National Hockey League. Since 1988, Louise St. Jacques has been the sole person in charge of such duties.

The Penguins defeated the Nashville Predators 4-2 in the Stanley Cup Final for the franchise’s second consecutive championship and fifth all-time.

Surprisingly, engraving the names onto the 35 1/4-inch trophy comprised of silver and nickel alloy isn’t done by machine. It is completed by hand the same way it has been done since the 1906-07 Montreal Wanderers were the first team to have its names engraved on the bowl of the oldest trophy in North American professional sports. Engraving names became an annual tradition in 1924, and there have only been four official engravers of the Stanley Cup, including St. Jacques.

“Being the official engraver of the Stanley Cup is a great honor which I still hold today as it never becomes old or unwelcome,” St. Jacques said.

Each September, St. Jacques obtains the Stanley Cup after it has made its celebratory rounds around the world with members of the winning team’s roster in the summer to begin the process. She takes it to her studio at Boffey Promotions in Montreal, where she began working part-time while attending college. St. Jacques removes the five bands from the cylinder and selects the bottom band of the most recent winners to be added to. Preferring to work alone and without distraction, St. Jacques carefully plans and measures the 50-some names she has to squeeze into a finite space on the Cup.

“The lines have a maximum number of letters that fit in the designated space,” she said. “I usually do a practice mock up first. I restrict myself to several hours a day to complete the team roster.”

St. Jacques doesn’t sit back and watch a computer or machine automatically stamp the names onto the Cup in a matter of minutes. The arduous and nerve-wracking task is time consuming and meticulous. St. Jacques uses a variety of letter punches that are precisely struck by a weighted hammer letter by letter, by L-E-T-T-E-R.

Having done this for more than a quarter of a century, St. Jacques is clearly familiar with more than enough player names, but she still double checks the spelling. She’ll check again if it’s a new name or one she’s unfamiliar with. The Stanley Cup certainly isn’t immune from a typo every once in a while. In 1937-38, Pete Palangio of the Chicago Blackhawks has his name not only listed twice, but one is spelled incorrectly as PALAGIO. The 1980-81 New York Islanders are listed as the NEW YORK ILANDERS. In 1995-96, Adam Deadmarsh of the Colorado Avalanche had his name misspelled as ADAM DEADMARCH; it was later corrected in a Stanley Cup first.

“It’s very stressful — you don’t want to make a mistake,” St. Jacques said. “I don’t want to hear the phone ring or have anybody come by while I’m engraving the Stanley Cup.”

St. Jacques is given a week to complete the engravings. She spends approximately 10 hours in total working on the Cup, engraving names in 90-minute intervals before taking a break. Each name takes approximately 30 minutes to stamp.

Once a band is full of names, St. Jacques removes it and gives it to the Hockey Hall of Fame, while adding a blank band to the bottom of the Cup and moving the other bands up one. The process, as well as St. Jacques’ duties, start anew.