The Diet Ghosts Are the Doyennes of Toronto’s Drag Scene 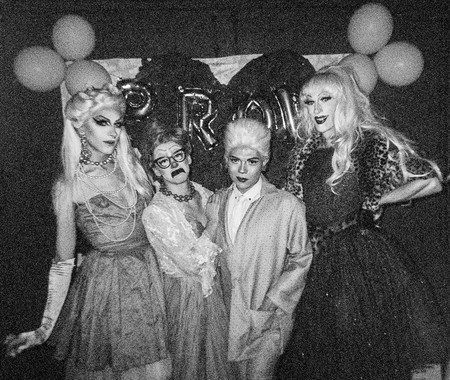 The Diet Ghosts’ unique brand of theatrics skips the glitter and glamor of traditional drag in favor of ghouls, ghosts and all-out horror, with boundary-pushing performances. Here’s what it takes to become the queens of Toronto’s drag underworld.

When a drag show finishes, there’s usually a sprinkling of glitter and sequins left in its wake. But not after a show by Diet Ghosts. Instead, there are traces of gore and blood-splattered walls. 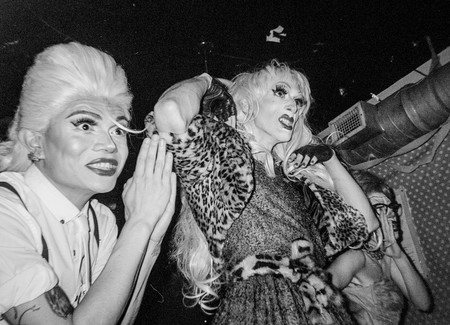 Diet Ghosts are not your average drag act. They zombie-walk over a line intersecting horror, camp, theatre, insanity and satire. “Think Blue’s Clues with a Vincent Price twist and a dash of Pee-Wee’s Playhouse,” they’ll tell you.

One night might involve a cannibalistic sea monkey who devours the rest of the cast one by one. Another could be about a band of gaudy circus clowns descending on a 1960s office and murdering all those who stand in their way.

Kitty Creature – a wild card who flits between high femme and mustachioed man – explains, “We want to change the landscape of what to expect at a drag show.”

The Diet Ghosts were conceived on Halloween night in 2017, when queens from around the city were flocking to the Village to compete for the illustrious title of “Queen of Halloween.”

But the rules around the competition dictated that only traditional drag queens could compete. “They don’t allow AFAB [assigned female at birth] performers, meaning our friend Swampwater Bitch, a woman by birth, wasn’t allowed to do anything,” explains Lucinda Miu, looking like a leading lady of the Old Hollywood era, but with a Lynchian twist. 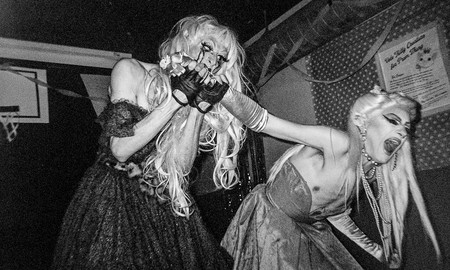 Prince Johnny – a transman and drag king with the swagger of a mid-’70s Annie Lennox – was also excluded. “It was a bit of bull,” Lucinda complains. Their solution? “Let’s do a group number.”

They decided to put on a deliriously giddy version of Bride of Frankenstein: Lucinda played the bride; Kitty took Frankenstein’s monster; Prince Johnny, the scientist; and Swampwater Bitch, an original member of the group, was Igor. They didn’t win, but it was their first collective taste of the horror genre, and they were hooked.

Though that Halloween night was a defining moment for the Diet Ghosts, a dark cloud hangs over the performance. Hours after the show, Swampwater Bitch passed away after struggling with mental illness.

The incident has left a lasting imprint on how the group performs. “We have a different understanding of tragedy and horror,” explains Lucinda. “[Losing our friend] was horrific, and doing these shows is very cathartic and healing.”

After that first Halloween Show, Diet Ghosts took off at a feverish pace. Aura Nova, usually found dressed in sumptuous silk negligées, and Lady Kunterpunt, a fabulous clown with a cheeky red nose and carnival green curls, joined the hunt for stage time. As one of the first orders of business, they solicited the Gladstone Hotel, home to the city’s most popular RuPaul viewing party, with the idea of hosting an event. The hotel said no – they didn’t think the Diet Ghosts, a green act, could bring enough revenue to make it worth it.

So the group marched on. They turned sex clubs into whodunit mystery parties. They turned The Beaver – the home of their now monthly shows – into a sleep-away, creep-away camp. Using whatever space was available, they would somehow conjure their vision, turning neighborhood bars into transportive show spaces, luring guests away from the mortal world for an evening. 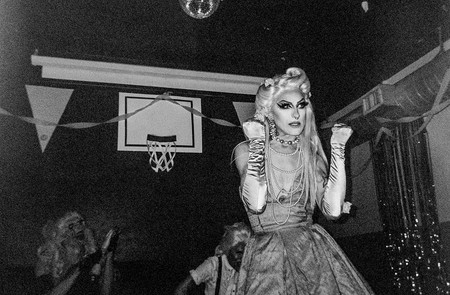 During their first solo show, the audience was unnervingly quiet and reserved. “We thought the audience hated every second of it,” Lucinda recalls. “But once the track ended they let loose. We realized we had made something they wanted to pay attention to!” 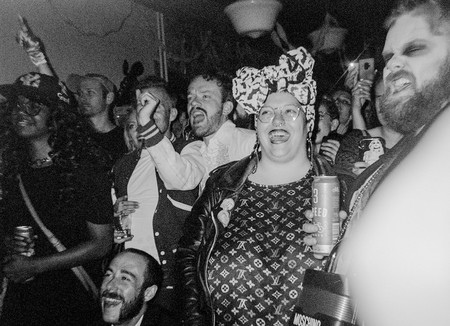 Almost two years later, their shows sell out at a rapid pace. As the cherry on top, just a few months ago the Gladstone Hotel approached them to take over the hotel’s ballroom during Pride Week. They had come full circle.

While most drag queens perform solo, Diet Ghosts are a group, bouncing off one another’s energies to create enthralling dioramas. They also shun mega pop hits, preferring instead to pepper their performances with scream tracks. But that doesn’t mean they can’t be vivacious while they perform. “You can be glamorous while slashing each other’s throats!” says Lucinda with a laugh.

No matter the show, Swampwater Bitch always makes an appearance in some form.

As the Diet Ghosts are proud to tell you, they’re from Queen West – or Queer West. While the Village in the East is the historic home of Toronto’s LGBTQ community, the West End is developing its stance as headquarters for the new guard. “We’re no strangers to Toronto’s thriving Gay Village, but we feel most at home in the throngs of weirdos that cultivate the Queer West scene!” 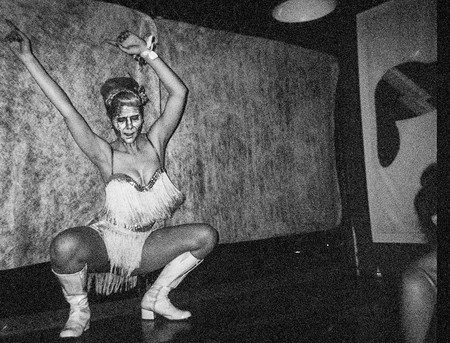 Besides the House of Filth, the original drag house of the West End, there isn’t a rich history of drag in the neighborhood, so residents get to make up their own definitions. It’s a hotbed for up-and-coming artists and boundary-pushing musicians, making it an excellent place for experimentation. There are bearded drag queens, drag kings and even drag cryptids. “I love it when someone says, ‘I’ve never seen a drag queen do that,’” Kitty says. “You can do anything in drag.”

This approach has drawn a loyal pack of followers. “We always strive to do more than a regular drag show,” Lucinda notes. “There’s an element of ‘you had to have been there’ to every show,” Aura adds. 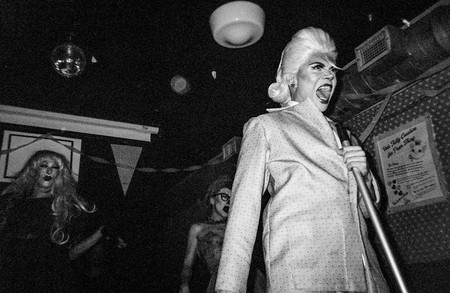 It’s clear – there are no ceilings in the Diet Ghosts’ world. They’re scheming for the future. They’d love to take over a warehouse for a show or two. Or maybe host a sitcom? Whatever comes, Lucinda says, laughing, “Us ghosts, we’re everywhere. Call a priest. It’s time for an exorcism.”