'Mean Girls' Gets a Dose of Diversity With Feminist Live Reads 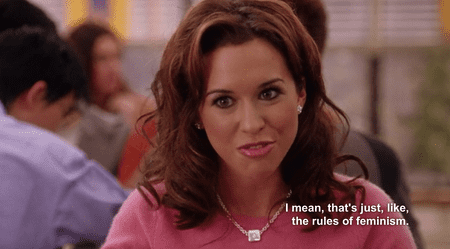 Feminist Live Reads is a concept created by writer/director Chandler Levack. A group of local artists put on live readings of blockbuster movies in order to highlight the lack of representation in mainstream media. They tour around Canada, donating the proceeds from their ticket sales to charitable causes. Their most recent performance was a live reading of Mean Girls (2003) at Toronto’s Revue Cinema, from which they raised $3,000 for Trans Lifeline.

Thanks to everyone who came out to #feministliveread "Mean Girls!" We raised over $3,000 for @translifeline and it was one of the most fun nights of my life. Thank you to the @revuecinema for being amazing hosts, @evandubinsky and our incredible cast! A truly fetch evening.

In the past, they have highlighted gender disparity in movies which notably fail to include significant roles for women, by having an all-female cast reading the scripts. The movies that they take on, such as Entourage (2015) and Ocean’s 11 (2001), have a few or no women in substantial roles. Sure, there are women in both of these movies, but in the best case scenario, they are supporting roles for male storylines, and in the worst case, attractive props. 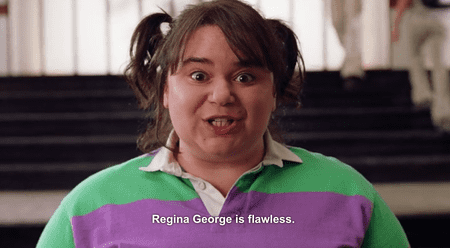 The live reading of Mean Girls was different to the group’s previous performances. This is a movie written by self-proclaimed feminist Tina Fey, and features a predominantly female cast, dealing with typically female situations. So why did it get the Feminist Live Reads treatment? While the film stars mostly women and focuses more on female relationships, the movie does not feature a cast quite as diverse as this one.

The live reading was hilarious and authentic. Of course, it helps that the original Mean Girls script is arguably a timeless comedy, but this cast lent something extra to it. Jesse Todd as Damian was possibly even funnier than his original counterpart. The actors brought their own personalities and interpretations to the roles which made the performance genuinely amusing and endearing.

Shraya is an artist by trade; she is a musician, filmmaker and author. Embodying the role of a popular character must be intimidating, as the audience are bound to come along with pre-conceived expectations about the performance. Her interpretation of Cady Heron is just that little bit braver as she is a trans woman. She has spoken about transness being perceived as a performance itself, so to take on this well-known female role when you are sometimes not even considered to be female yourself is subversive and takes a lot of courage. Of course, she slays as do the rest of the cast.

Watching a live reading of a movie gives you a new appreciation for the writing. When the actors and physical action are not there to distract, it’s just the audience and the words. This puts the primary emphasis on the dialogue and allows you to listen to what’s being spoken without relating it to what is happening on screen. It’s definitely a good idea to avoid watching the original movie before the live reading, as you will appreciate the witty one-liners and touching moments all over again in this new, exciting context.

Keep an eye out for Feminist Live Reads’ next performances, which are announced on their Twitter.