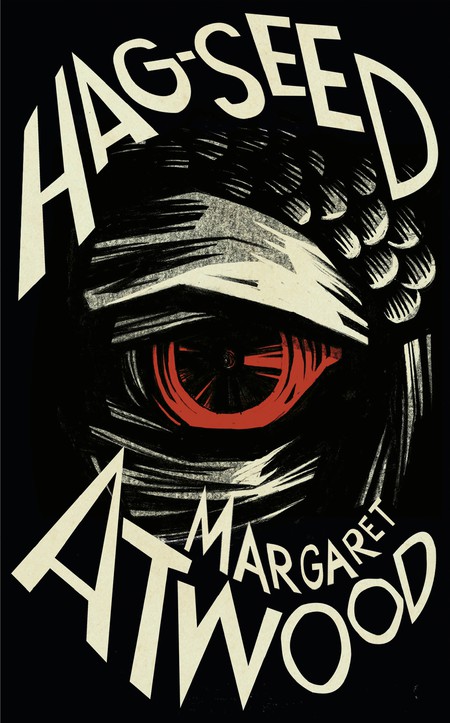 From the UK cover of 'Hag-Seed' | Courtesy of Hogarth Press

As Shakespeare’s 400th anniversary year draws to a close, we take a look at Margaret Atwood’s spellbinding adaptation of The Tempest, a testament to the Bard’s lasting relevance. 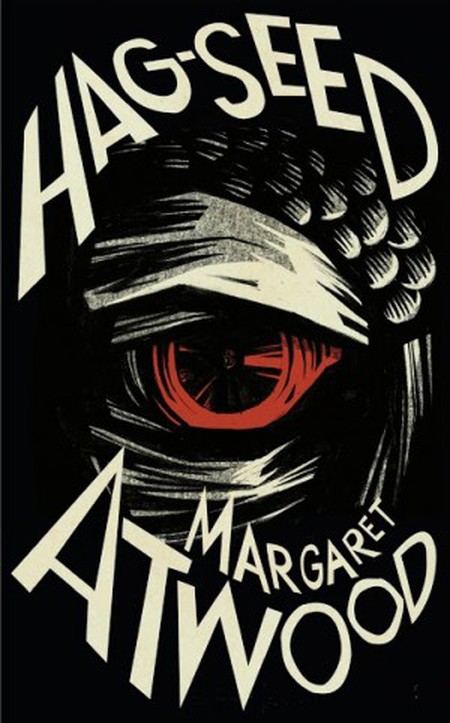 From the UK cover of 'Hag-Seed' | Courtesy of Hogarth Press

Considering her first work was published in 1961 (Double Persephone, a self-published pamphlet of poetry), Margaret Atwood is anything but old-fashioned. Anyone who knows Atwood’s work will be well-acquainted with her characteristic wit and astute take on modernity; from corporate control and sex robots in The Heart Goes Last to genetic modification in Oryx and Crake.

Still, those in attendance at her London Literature Festival talk this October might have been a little taken aback when the 76-year-old, discussing her keen use of Twitter, mentioned that Twitter bots regularly tweet her saying they miss her dick. It probably came as a surprise, too, when she started rapping. In her new novel Hag-Seed, a retelling of The Tempest commissioned as part of the Hogarth Shakespeare series, entire scenes of the play are turned into raps.

If you’re worried that this is Shakespeare in txt talk, don’t be: Atwood skillfully avoids the traps of modern adaptation. Hag-Seed, a play within a play within a novel, tackles head-on the struggle of making a 400-year-old text relevant to a contemporary audience.

Our Prospero is Felix, an unorthodox theater director recently ousted as Artistic Director of Makeshiweg Festival by his Antonio, an “earth-based factotum” named Tony. This is the catalyst for our revenge plot. After years of hiding out in a countryside shanty, comforted only by an imaginary apparition of his late daughter, Miranda, Felix takes up a job heading a literacy program at a local correctional facility. Here he gets a new lease of his old life, directing Shakespeare productions. His production of The Tempest, the play he was due to put on before he lost his job, becomes a long, intricate scheme to ensnare Tony, who will be visiting the prison as Heritage Minister.

The groundwork is laid: in Fletcher Correctional Institute, Felix has his island, and his play is his means of revenge. But who are his players? Prisoners, all; and each uniquely suited to their Tempest role. Ariel is a computer hacker, good at heart, who uses his tech aptitude and knowledge of the prison’s surveillance system to carry out Felix’s complex plans for entrapping the enemy. Gonzalo, described as “intelligent, with a philosophical turn,” is a respected older man in his fifties, convicted for embezzlement. Caliban, meanwhile, is an ex-vet and a former drug addict. 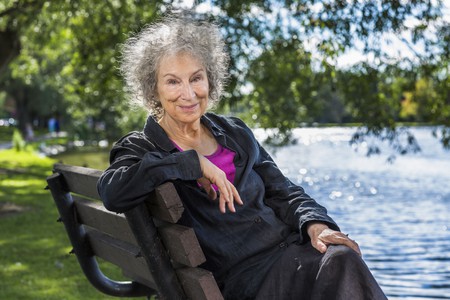 The scenes in which these prisoners interact with the play are the book’s most enjoyable, particularly for anyone who has ever studied theater or literature. Atwood brilliantly captures the delights of learning Shakespeare, as well as the pleasure of teaching it. When none of the prisoners sign up to play Ariel, for example, Felix successfully convinces them that Ariel doesn’t have to be a fairy — isn’t he more like a superhero, an alien even, with a penchant for special effects? Then, in an effort to get his players in character, Felix bans modern swear words during rehearsals, allowing the players to use only their Shakespearean equivalents. The approved list of curse words collated by the prisoners is Shakespeare’s language at its most entertaining: “Insolent noisemaker. Wide-chapp’d rascal. Malignant thing. Blue-eyed hag. Freckled whelp hag-born,” and so on.

In turn, the players take Felix by surprise, as students often do. When SnakeEye (the prisoners choose their own stage names) decides to turn the entirety of Act 1, Scene 2, into a rap-like chant, Felix is conflicted: is he director or teacher first? “He’s cutting me out, thinks Felix. Elbowing me aside. Making a bigger part for himself. How appropriate for Antonio. But isn’t this what he’s asked them to do? Rethink, reframe?”

Felix’s dual role is symptomatic of Atwood’s clever use of doubling throughout. The prisoners double as players, Felix operates under an alias, the play itself is filmed and screened twice for two different audiences. In The Tempest, the jailer is also the prisoner, something Atwood literalizes in the setting of a correctional institute. Atwood’s choice of play is unsurprising; the parallel workings of freedom and imprisonment in The Tempest are prevalent notions in her work. In The Heart Goes Last, Charmaine and Stan choose voluntary confinement to free themselves from poverty and danger. In The Handmaid’s Tale, Offred is shackled to her Commander and forced to live a regimented, subjugated life, but is protected from violence and anarchy. In both, Atwood’s characters take comfort in imagining a world they’d rather be in.

Felix is quintessentially Atwoodian in this way. He escapes his grief by deceiving himself with the notion that his daughter is still alive — an apparition that only he can see — yet he recognizes his entrapment in this fantasy. “Snap out of it, Felix. Pull yourself together. Break out of your cell. You need a real-world connection.” His real-world connection is theater, itself a world of make-believe.

Hag-Seed is “a double unreality,” in Felix’s words: a fitting tribute to a play built on magic and illusion. It’s a celebration of theater, yes, but just as much a celebration of learning and teaching. Atwood’s spellbinding adaptation is a testament to Shakespeare’s lasting relevance — as Felix rightly says, there’s a Shakespeare for everyone. It just takes a passionate teacher and a pinch of magic to get the message across.