Kensington Market’s Immigration Story, as Told by Its Food 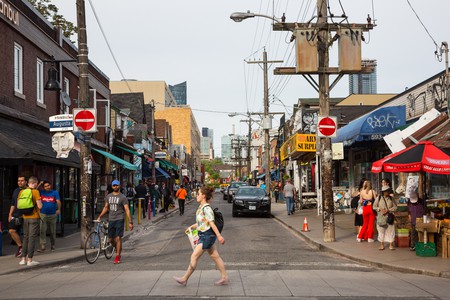 Though Kensington Market spans just a handful of blocks in Toronto’s downtown core, it’s home to a globe’s worth of cultures. For over a century, this porous neighborhood has welcomed newcomers and new cuisines, with each restaurant forming a unique whorl in Kensington Market’s inimitable culinary thumbprint.

There’s the arresting smell of Jamaican jerk spices, which wafts from the steel drum barbecue outside Rasta Pasta. There’s the scent of spiced beef billowing from the grill at El Gordo, where the meat is then folded neatly into Chilean empanadas. And, of course, there’s the unmistakable undertone of cured fish that clings to the air, an odor that no self-respecting food market would be without. This is Kensington Market, a neighborhood with layers of cultures and a world of cuisines. 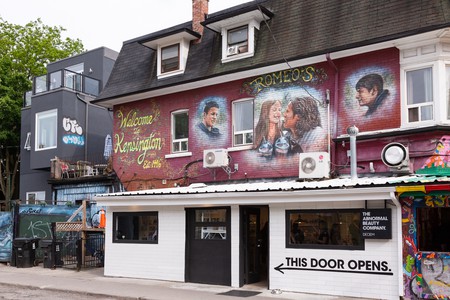 Kensington Market began as a food market, set up by Jewish immigrants escaping persecution. In 1931, 45,305 Jewish people were living in Toronto, and 80 percent of this population lived in or around Kensington. The streets became a place where vendors sold herring, fresh cheese and live chickens out of makeshift storefronts on the ground floor of their homes.

When the Jewish community moved northward to Bathurst Avenue, Portuguese immigrants moved in, followed by Afro-Caribbeans and Latin Americans – many of whom have gone on to establish communities in other parts of the city. Enclaves such as Little Portugal and Little Italy have Kensington Market to thank for their existence. 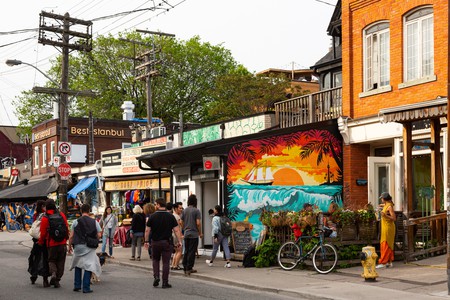 Throughout each of these waves of immigration, the market acted as a culinary launch pad. Shops turned into restaurants, creating a platform for chefs to introduce their cooking to a new audience or to provide a comfort blanket of familiar flavors to their former, fellow countrymen. Few other neighborhoods have as diverse a collection of cuisines as Kensington Market.

There’s the Latin America Emporium churning out pulled chicken and poblano tamales. Tibetan momos are served out on Kensington Avenue, and the sake flows freely from Baldwin Street’s Koi-Koi Bar. A Peruvian ceviche bar just one week into business is testing out the waters in Perola’s Supermarket, while down the street, Pow Wow Cafe assembles indigenous-inspired tacos made from frybread. 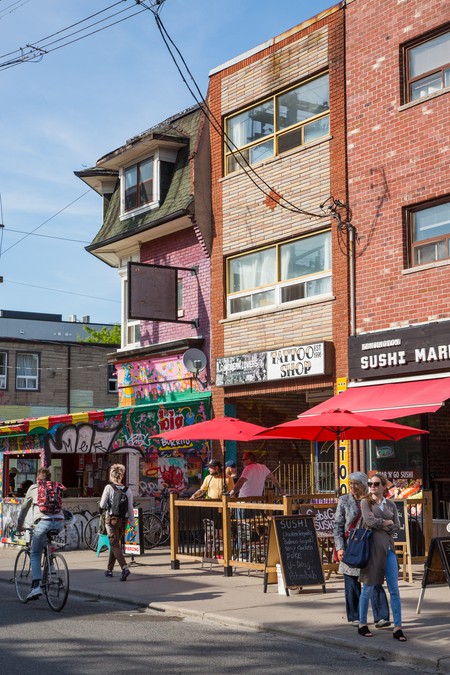 Though each of these spots boasts a loyal following, Starbucks’s shadow looms overhead – a leering presence in the face of these grass-roots enterprises. While the nearby Fashion District has fallen prey to Zara and Urban Outfitters, Kensington Market has successfully fended off the more obvious signs of gentrification that have hit the downtown core.

It’s because the neighborhood’s preservationists guard it with sharpened blades, and rightfully so. Commercial and residential rents around the city are skyrocketing, and with it, corporate franchises circle the market’s open spaces. While Kensington is resistant to the slow, creeping vine of gentrification, it is by no means immune. In recent years, a handful of specialty shops and cold-pressed juice bars have cropped up, though all are small businesses. The market has kept corporations at bay, for now. 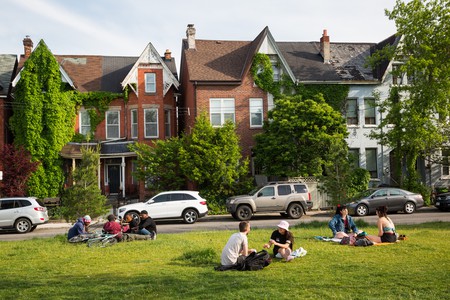 The essence of Kensington Market is – and has always been – to welcome immigrants. And if the neighborhood is Toronto’s reception room, LIVELIHOOD Café is where the work begins. The non-profit start-up only hires refugees, acting as a training ground for newcomers to the country to learn the language. The food is a serendipitous collection of cuisines that is as diverse as the employees. There are Turkish-style coffees, Mediterranean mezze plates and Syrian lentil soup.

Immigrants who have become Canadian citizens usually have a firmer foothold in the market space, and many have done so thanks to elder statesman Eroc Ramirez. Together with his cousin Alfonso, they opened a shop on Augusta Avenue in 2004, using the large space to make and sell Chilean empanadas. But according to Eroc, it felt lonely. “We both saw that we had a lot of space in our shop. So, we decided to section off areas as kiosks. We started offering them to food vendors from all types of cultures.” 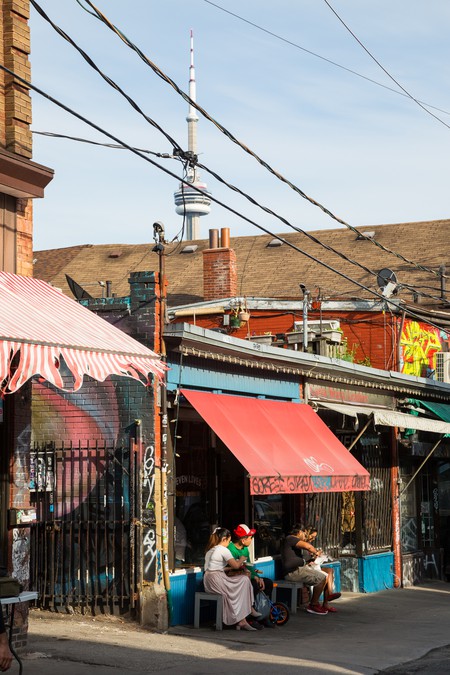 Like most of Toronto, Kensington Market is best experienced during summer | © Lindsay Lauckner / Culture Trip

Now, 214 Augusta Avenue is Kensington’s version of a food court. At any given time, three to six vendors will bring their concepts to life without being weighed down by restaurant overheads. At the front is Pancho’s Bakery, serving churros filled with strawberry, chocolate or dulce de leche. It has a second location and food trucks, too. Across the way from them, Ko’ox Hana serves up Mayan cuisine, and in the back, La Chilaca Taqueria packs tacos and burritos.

Many of the vendors who pass through here go on to launch their own venues. Chef Sean Riehl’s Seven Lives was once a counter in the back of 214 Augusta Avenue. Today, it’s a full brick-and-mortar taco shop. 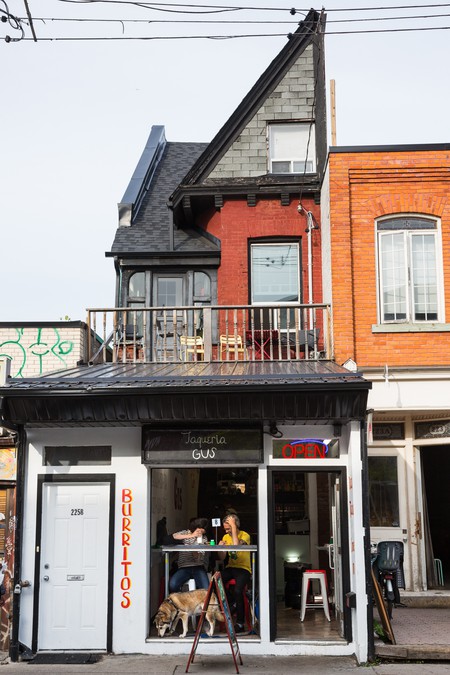 At barely 67 acres (27 hectares), Kensington Market is a microcosm of Toronto’s diverse DNA. It’s a springboard for thousands of newcomers who wish to call Toronto home – and a place to introduce their own culture to Canada. “Since we opened El Gordo, there has been more food from around the world,” says Eroc. “We all come together to Kensington Market. We are all like a big family in this market.” 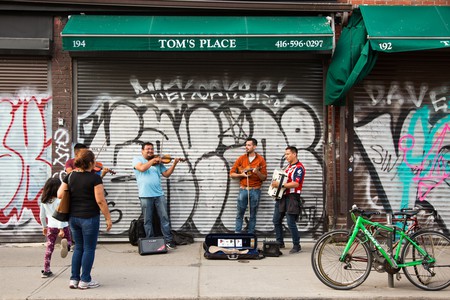