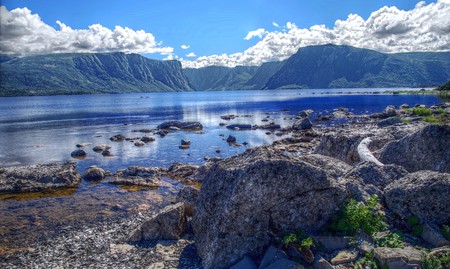 Gros Morne National Park in Newfoundland and Labrador has become Canada’s first national park to offer autism-friendly accommodation. Families with autistic children can now have some peace of mind when traveling and exploring one of Canada’s most photogenic places. Keep reading to learn more about the accommodation, and why Newfoundland and Labrador is fast becoming the country’s most autism-friendly province.

Erin McKee of Parks Canada said inclusiveness is one of the main themes of Canada 150. “As a first step, Gros Morne staff have been working with the Autism Society Newfoundland and Labrador and the Autism Involves Me group in Port aux Basques to outfit our new rustic cabins in the Berry Hill campground to be more inclusive.” Currently, the Parks Canada team has made one cabin autism-friendly, which included adding soft lighting, extra curtains, and removable seating. They have also included additional safety features such as latches high on the door to prevent wandering.

The team has also created small kits for the cabins, which include sensory-friendly and tactile items. In addition, they have upgraded the nearby kitchen shelter to “better serve the sensory needs of park visitors.” McKee said that ASNL is working alongside staff now to create a special trip planning communications package (to be posted on the Parks Canada website) so that autistic people and their families can plan accordingly.

They have also provided training sessions to Gros Morne National Park’s Visitor Experience Staff, giving them “ways we can be more inclusively welcoming at our facilities and campgrounds, particularly for visitors on the autism spectrum.” McKee says Parks Canada is very excited about this project, and that further upgrades and innovations are constantly in the works.

The first people to use the cabin were a musical group called The Sons of Ned, who have an autistic piano player and drummer. Band member, James McBeath told CBC News that the band was delighted with the adapted accommodation and that Newfoundland and Labrador is going “above and beyond in regards to helping families living with autism, and accessibility of all kinds.” 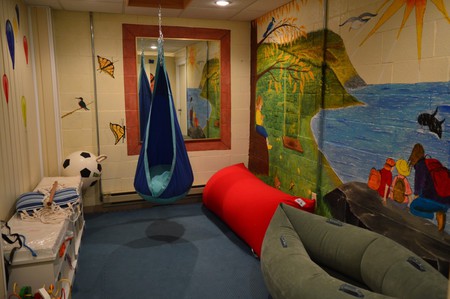 Gros Morne might be Canada’s first autism-friendly national park, but the first hotel in the country to create a sensory room and autistic-friendly accommodation was, in fact, Hotel Port aux Basques, located a three-hour drive south of the national park. McKee said the hotel, along with the fantastic work being done by autism organizations and groups across the province, inspired Parks Canada.

Hotel Port aux Basques transformed one of the guest rooms by securing pictures to the wall, placing safety locks on drawers, and moving the chain higher up on the door. The hotel donated a room to the Autism Involves Me group too, which they transformed into a quiet sensory room. It includes special flooring, dimmed lighting, and a bright and colorful mural. Anyone can use the space, including non-hotel guests.

Together, Gros Morne National Parks and Hotel Port aux Basques are putting Newfoundland and Labrador on the map, as the most autism-friendly province in Canada.