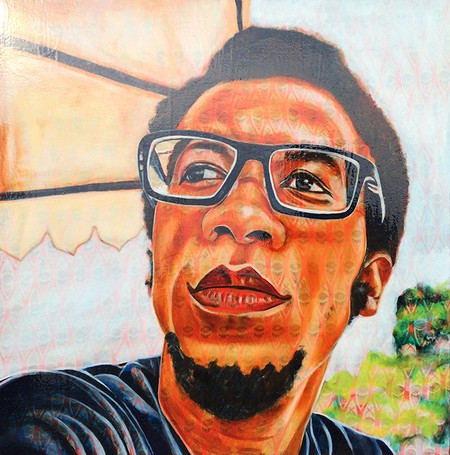 Toronto is a multicultural city with an art scene as diverse as its inhabitants. Hans Poppe is one contemporary artist on the rise: painter, printmaker, illustrator, and designer. After graduating from Humber College in 2002, Hans enjoyed a successful career in advertising before returning to study at the Toronto School of Art to focus on painting in 2008. His latest paintings, combining traditional art media with African culture, are inspired by his Tanzanian heritage and his fascination with the untold stories of day-to-day African life. 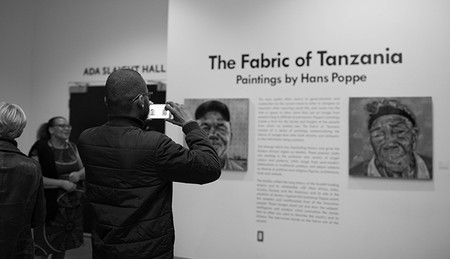 2015 saw Hans emerge as an artist to watch. He debuted at the Toronto Outdoor Art Exhibition and returned to Manifesto for the fourth time since 2010, and his first solo exhibition, The Fabric of Tanzania, was on view in Regent Park at the Daniels Spectrum Hallway Galleries until January 24th, 2016.

Currently freelancing in advertising, when he’s not working or painting Hans also mentors at-risk youth, working with The Remix Project and Arts Lab. This work pairs young artists with mentors and provides Hans another channel through which to engage with the community through art.

Hans’s unique approach to painting, layering oil on kitenge (African fabric) on wood panel, showcases his African heritage. Displaying in the Regent Park community, a vibrant neighborhood where so many other immigrants to Canada have begun their own journeys, is a wonderful fit. Hans’s family migrated to Canada from Tanzania in the fall of 1987, seeking political asylum. He grew up in Missisauga, surrounded by Swahili-speaking family and identifying as a proud, young, East African man. Following his entry into the professional advertising world, however, he began to question both what it means to be African abroad and the dominant imagery around African identity in the public sphere. His desire to show Tanzanian life in a positive way motivated his current exhibition. 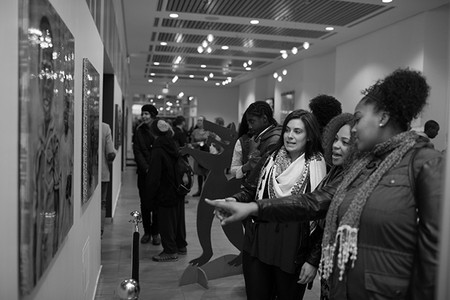 What inspired you to start painting?

I’ve been in advertising now for 12 years. Before I started painting I used to draw a lot, but in the industry there’s not a lot of time for anything other than the work. At some point I just felt like this can’t be it. So in 2008, out of frustration with the corporate world, I took advantage of a lump sum redundancy package and decided to take a year off and paint. I figured if I wanted to stop complaining that I’m not happy about what I do creatively, I needed to stop talking about it and be about it. So the be about it was let’s see what being an artist really means.

The years after that were turbulent, filled with depression and some battles with my demons, trying to make sense of life and my relationship. I enrolled in some classes at the Toronto School of Art and traveled back and forth to Tanzania.

This past January I gave myself one year to put in as much work as possible in pursuing this dream, and whatever happens after doesn’t matter. Even if I fell flat on my face, it would be okay. I’m okay with failing; I’m not okay with not attempting at all. Just about every day since January I’ve been in the studio. 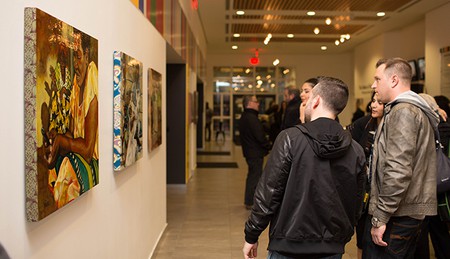 Taking it all in – The Fabric of Tanzania | © Eliot Kim Photography

What sort of response have you gotten?

You know they say when you put it out there the universe will provide. I really feel that this year the universe has conspired to help me on my path. The response has been phenomenal, to say the least. 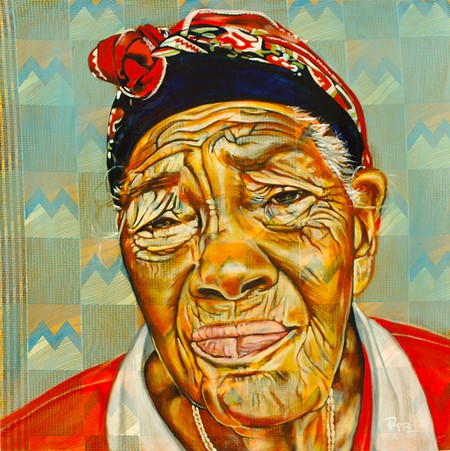 Toronto Outdoor Art Exhibition is probably one of the best things that could have happened. I’m still digesting the response I got at that show. One of my biggest worries was that my latest work was maybe too niche; the subject matter is very specific. I felt like I might have too small of a fan base, but the great thing that’s happened is that everyone sees themselves in the paintings. That’s meant so much to me. It doesn’t matter what race, age group, sex… it’s everyone. One of the highlights for me was this elderly Chinese woman stopping at the booth to talk to me. She was with her daughter, and she stopped, looked at my painting of my grandmother, ‘Bibi,’ and asked if I painted it. When I said yes, she says “I see my mother in her.” It was amazing to see that even though they were different cultures, she was still able to relate so personally. I had people thanking me for the work, commenting on the diversity it brought to the show. It’s just been phenomenal. It was a truly humbling and wonderful experience. 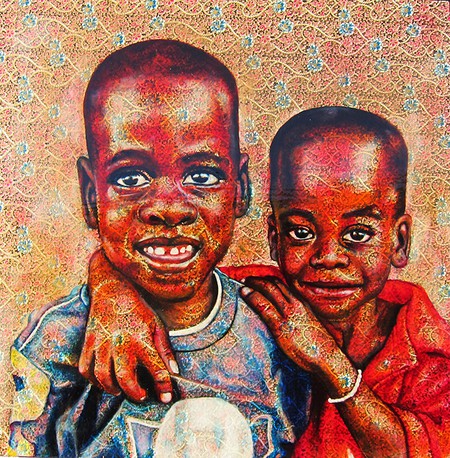 Tell us about the inspiration for your exhibition The Fabric of Tanzania?

I started painting Tanzanians because for as long as I’ve been going to the AGO, galleries along Queen Street, even looking at history books, as beautiful as the pieces were, I never saw myself in them. The African pieces always seemed to concern something bitter, angry, or depressive. I wanted to show Tanzania the way I see it. I wanted to show happy children and women, because women are the ones who carry the families. I wanted to fill the space that was missing with positive images about what it means to be Tanzanian or African in general. 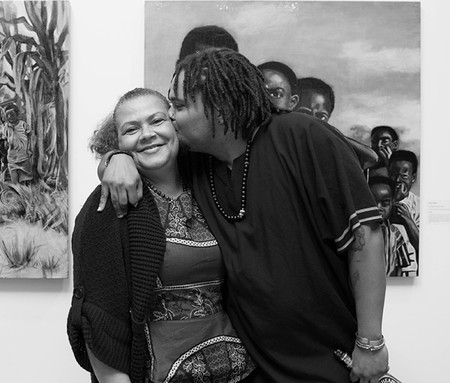