How Toronto's Neighborhoods got Their Names 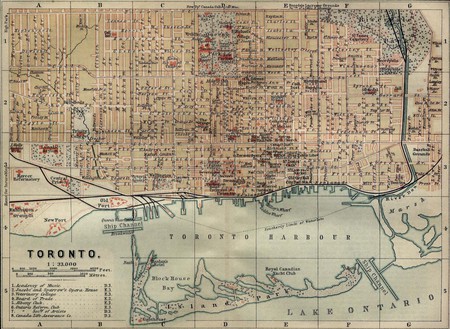 Known as a city of neighborhoods, the history of the area that has become the sprawling metropolis of Toronto cannot be separated from the region’s indigenous roots. The name “Toronto” is itself likely an anglicization of the Mohawk term tkaronto, meaning “where there are trees standing in the water.” This name originally applied to a region north of where Toronto is now located, but through the movement of history there were geographical and linguistic shifts that shaped both the name and the place to which it referred. With European settlement, and especially under British colonial rule, Toronto was known as York until an 1834 decision to re-designate the name. Here are the stories behind how some of Toronto’s neighborhoods got their names.

Perhaps the strangest name among Toronto’s neighborhoods, Cabbagetown’s story is deeply embedded in the city’s working-class and immigration histories. Now situated in central Toronto, before the 1850s the area was known as the village of Don Vale, which mostly consisted of farmland and family cottages with vegetable gardens. By the late nineteenth century, the area reportedly took on the name Cabbagetown as a derogatory reference to the high concentration of Irish immigrants living there who grew cabbage in their front yards. Many of these residents had fled the Irish Famine during the 1840s, and were employed in the industries—mainly breweries and brickyards—along the lakefront area that has become known as Corktown.

In turn, the origins of Corktown’s name has two possible roots: It may have emerged in the early nineteenth century from the presence of Irish immigrants coming from County Cork, or it could have originated from the breweries, distilleries, and cork-stopper manufacturers that characterized the area.
Leslieville

Leslieville started as an independent village during the 1850s. The community was oriented around the Toronto nurseries, an important gardening business owned by George Leslie (1804–1893), with many of the area’s residents employed as gardeners or working at the nearby brick factory. 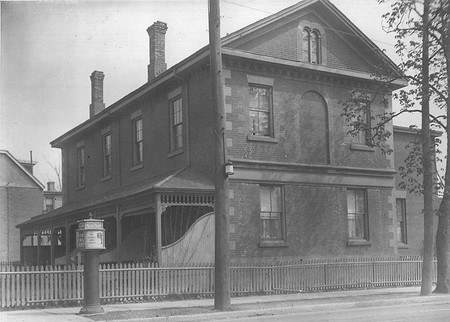 As with several of the neighborhoods already mentioned, Yorkville was initially separate from the city of Toronto. Taking after Toronto’s original name, the village was founded in 1830 by brewery entrepreneur Joseph Bloore—who also lent his name to what has become one of the city’s main arteries, Bloor Street—and William Jarvis, who also gave his name to one of the city’s streets. The community continued to grow, and in 1883, it was annexed by the city of Toronto. In the 1960s Yorkville was the bohemian hub of the city, cultivating Canadian musicians such as Joni Mitchell and Neil Young, as well as iconic literary figures such as Margaret Atwood and Gwendolyn MacEwan. Into the 1980s, however, the neighborhood started taking on the character of a high-end shopping district, as it is known today. 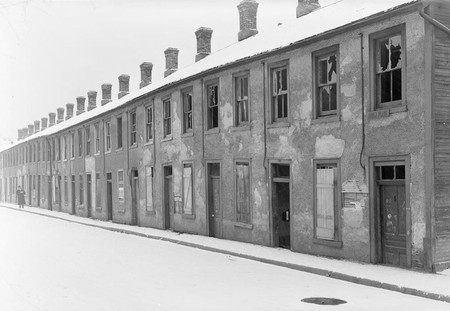 Rosedale is known for being not only the most affluent area of Toronto, but also one of the wealthiest in Canada. It was named by Mary Jarvis, the wife of the previously mentioned William Jarvis, one of the founders of Yorkville. She chose the name, apparently, due to the profusion of wild roses growing in the vicinity. The name initially referred to the Jarvis family estate, but gradually incorporated the areas north of Bloor and east of Yonge after the Jarvis estate was subdivided in 1854 and became Toronto’s first suburb.
Leaside

Deeply embedded in the city’s railway history, Leaside was named for John Lea and his family. British-born Americans, in 1820 the Leas purchased a plot of land close the Don River that was known as Lot 13. John Lea’s son William bought the land just south of his father’s farm, and named it Leaside. The railway companies arrived in the 1870s, purchasing a few acres of William Lea’s flat land to run the track through. A station was also constructed on the land in 1884, and it was named Leaside in honor of William Lea.

The subsequent settlement was planned by railway entrepreneurs William Mackenzie and Donald Mann in 1914, who planned for it to be “the new Rosedale.” Faced with financial strain, however, this vision didn’t pan out at first. Munitions factories and an airfield dominated the area through the world war eras, and in 1967, Leaside was annexed by East York before being absorbed into Toronto in 1998. 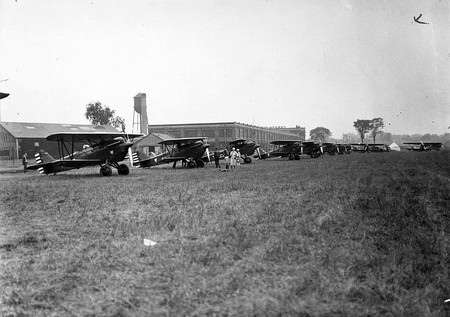 Summerhill was named after the vast family estate of Charles Thompson, a Canadian transportation magnate who operated a stagecoach and steamer company. His home was built in 1840, and later he used parts of the estate to create an amusement park known as Thompson’s Summer Hill Spring Park and Pleasure Grounds before the estate was eventually subdivided to create the neighborhood. A railway station was built during the 1880s, which was a major point of growth for the area. After the station closed in 1931, the area stagnated until the Summerhill subway station opened in 1954.
The Annex

The Annex began as a subdivision of Yorkville, initiated in 1886 by the developer Simeon Janes. Originally referred to as the Toronto Annex, it was rapidly incorporated into the city in 1887. Now home to a mix of University of Toronto students as well as considerably wealthier residents, the Annex area contains a number of examples of what has become known as a uniquely early-Torontonian style of home that was prevalent for the city’s elite during the late nineteenth century.
Kensington Market

Toronto’s Kensington Market is one of the older neighborhoods in the city. After serving for the British in the War of 1812, George Taylor Denison purchased a plot of land that extended from Queen West to Bloor Street, between what are now Augusta and Lippincott Streets. The Denison estate was subdivided in the 1850s, and into the 1880s, houses were built on small plots for Irish and Scottish immigrant laborers coming to the city. With an influx of Eastern European Jewish immigrants in the early twentieth century, the area became known as the Jewish Market before taking on the name of one of the neighborhood’s main streets, Kensington Avenue—which in turn was probably named after London’s Kensington district. 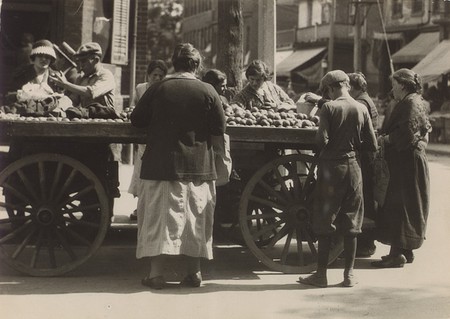 The unexpected reason behind Liberty Village’s name connects to the darker side of Toronto’s history. The Toronto Central Prison, in operation from around 1870 to 1915, was located at King and Strachan. This meant that the first steps into freedom for recently released prisoners were along Liberty Street, which, as the central thoroughfare, extended its name to the surrounding area and helped to separate it from the nearby Parkdale neighborhood. The prison had a reputation for being a brutal place, with severe punishments and dismal sanitation. Most of the prison buildings were demolished in the 1930s. 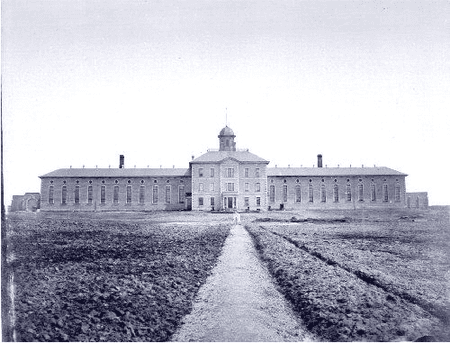 Parkdale was once an independent and exclusive village just outside of Toronto, founded in the 1850s. It was amalgamated into Toronto by 1889. With its proximity to the lakeshore and to High Park—lending itself to the neighborhood’s name—Parkdale had an enviable location. The character of the neighborhood changed through the construction of the Gardiner Expressway in 1955, and re-orientation of Lakeshore Boulevard, which resulted in the demolition of Parkdale’s major attraction, Sunnyside Amusement Park. With an ensuing construction boom that saw numerous blocks of homes replaced with apartment buildings and rooming houses, the demographic composition of the Parkdale community was significantly altered, as lower-income and newcomer families moved into the area. 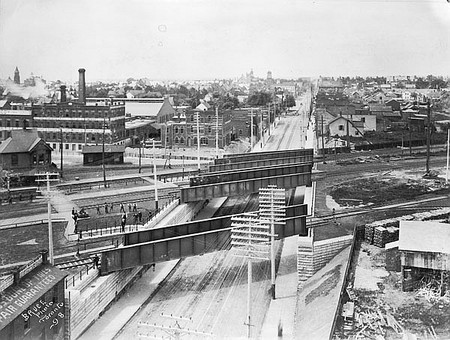 Further west than the other neighborhoods, the area that is now referred to as Swansea Village—south of Bloor Street and west of the Humber River—was called “Windermere” through the 1880s due to its supposed resemblance to the Lake District in England. As the railway line was constructed just south of this area, industry such as the Ontario Bolt Works factory developed. When the factory was bought in 1889 by James Worthington, he changed the name to Swansea Works after his home county in Wales. Swansea was incorporated as a village in 1926, and annexed by the city of Toronto in 1967.

Bonus: Here are the stories behind the names of the formerly independent municipalities that bookend the city on the west and east ends.

In the city’s west end, the name “Etobicoke” comes from the Mississauga word wadoopikaang, which means “place where the alders grow.” This was the way that these Algonquian-speaking peoples described the area between Etobicoke Creek and the Humber River. The first provincial land surveyor, Augustus Jones, also spelled it as “ato-be-coake.” Etobicoke was adopted as the official name of the area in 1795, under the direction of the first lieutenant governor, John Graves Simcoe.

Within Etobicoke, the Mimico neighborhood along the waterfront takes its name from an Ojibwe word, omiimiikaa, which means “abundant with wild pigeons.” This term references the passenger pigeon, which was thought to have been the most numerous species in the world at the time European colonization began in North America, but the species has since gone extinct.

The township of Etobicoke was incorporated on January 1, 1850. In 1998, Etobicoke was officially merged into the city of Toronto. 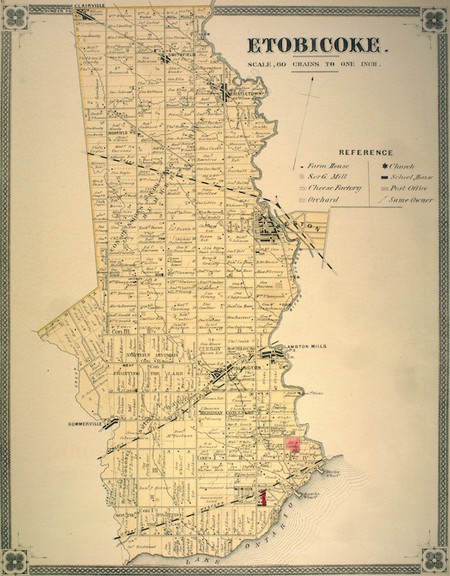 Elizabeth Simcoe, the wife of John Graves Simcoe, named the area east of Toronto after Scarborough, North Yorkshire, in England. The bluffs along the Lake Ontario waterfront of what is now Scarborough apparently reminded her of the limestone cliffs in that region of England. In 1998, along with Etobicoke, York, North York, East York, and the old city of Toronto, Scarborough was incorporated into the amalgamated city of Toronto.