How to Spend 24 Hours in Calgary, Canada 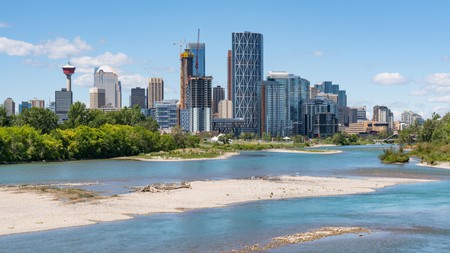 If you’re planning to explore Alberta, chances are you’ll be touching down in Calgary. From the Beltline to the Inglewood neighborhood, here’s how to spend 24 hours in this up-and-coming city.

Calgary is all too often afforded no more than a cursory glance – if it gets a look at all. By making a beeline towards Banff and Jasper National Parks, travelers miss out on a thriving city – one that’s recently been ranked as one of the most liveable in the world. With its eclectic bars, delectable restaurants and unique attractions, there’s a strong argument for bedding down for the night (or two) in Alberta’s most exciting city.

Calgary has attracted a host of new residents in recent years. Luckily for visitors, many of them happen to know how to cook. These talented chefs are dishing up boundary-pushing flavors and modern plates of food that feel worlds away from the barbecue culture for which this region is known (though there’s still plenty of that too if that’s what you’re after).

Pigeonhole is a wine-and-snack bar that happens to put on a faultless brunch spread. It also serves some legendary aged-cheddar gougères (savory choux pastry). Its morning menu is a tick box of all the breakfast classics, cooked impeccably with an unexpected twist added to each dish. If you’ve traversed time zones to get here, order its bottomless coffee to keep the jet lag at bay.

Ten Foot Henry is a restaurant where meat-based dishes play the supporting act for once. Greens are the star of this show, and vegetarians and vegans will be treated to much more than a mismatched collection of side dishes. No single cuisine dominates the menu. Instead, each plate is characterized by an alchemy of ingredients that have been thoughtfully picked, lovingly crafted and stunningly presented without pomp or pretense.

Pizzeria, Restaurant, Italian, Canadian, $$$
Facebook
Email
Twitter
Pinterest
Copy link
Share
Map View
Another restaurant of note is Una Pizza, which you’ll find in the city’s Beltline neighborhood on 17th Avenue. Those who prefer traditional and Neopolitan-style pizzas might want to skip this place, as Una pays no mind to the classics, choosing instead to top its pies with whatever tastes good. Yes, it serves its version of pineapple and ham. And yes, it’s delicious. Pop into its wine bar next door to say hi to the sommeliers.
Open In Google Maps
618 17 Avenue Southwest, Cliff Bungalow, Calgary, Alberta, T2S 0B4, Canada
+14034531183
Visit Website
Give us feedback

With the second-highest concentration of small businesses in Canada, Calgary is brimming with passion projects. As with any city in the Great White North, summer is the season when bars, restaurants and parks spring to life. But even in the shoulder seasons, there’s still plenty here to occupy your time. Here are a few places to start.

Studio Bell is a lot of things: cultural institution, recording studio, museum and performance space. It also has a lot of things, including harpsichords that are hundreds of years old; rare electronic music consoles; and its crowning glory, a mobile studio that once belonged to the Rolling Stones. To make the most of this venue, book a backstage tour – even those who have little to no interest in music history will find themselves enthralled by the guides’ infectious enthusiasm. 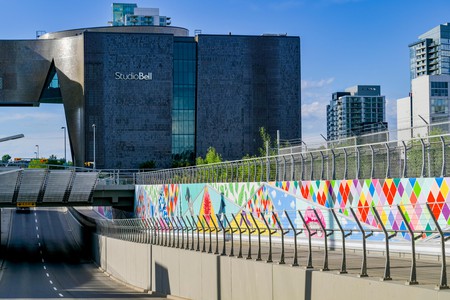 Sip a small-batch brew at the Dandy Brewing Company

Canadians take their craft beer seriously. After changes to Alberta’s drinking laws, small-batch breweries are cropping up all over Calgary. The Dandy Brewing Company is one such place. It has an enormous selection of IPAs and ales, 20 brews on tap and a bottled range that you can take home as a souvenir.

The highest concentration of hip, independently owned boutique stores in Calgary belongs to Inglewood. This charming neighborhood attracts a lot of entrepreneurs with far-fetched dreams, and it shows. A pet food store that only sells raw dog food and bones? You’ve got it. A boutique that exclusively stocks clothes made out of denim? Yeah, sure. A floor-to-ceiling selection of cowboy hats? Why, of course, Inglewood. You can spend a good few hours here discovering shops that you never knew you wanted to find. Complete your shopping tour with a drink at the Cold Garden Beverage Company, a psychedelically decorated small-batch brewery. 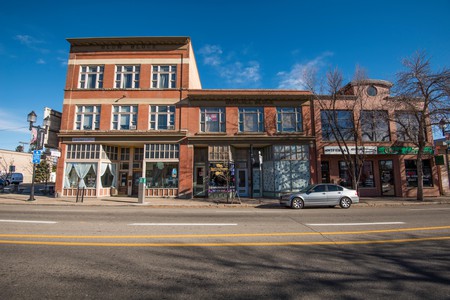 When you grow weary of stomping up and down the city, you’ll want to lay your head on one of the goose-down feather pillows at Le Germain Hotel, conveniently located on the Calgary Tower’s doorstep. While a little on the pricier side, the attention it pays to detail makes up the difference. This chain of hotels, with branches across Canada, is known for its sumptuously comfortable rooms and thoughtful little touches that make a big difference.

A more affordable option is the Alt Hotel in the East Village, a trendy boutique place with foliage for days, bright colors and sleek minimalist design. It’s right next to the Simmons Building, which is home to a handful of cafés, restaurants and bars, as well as the beautifully designed Central Library.