How To Explore the Niagara Region 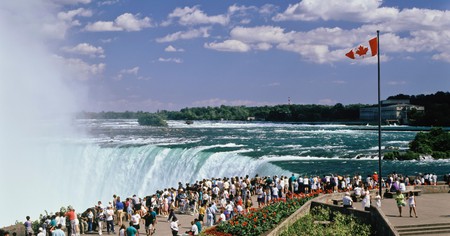 Niagara Falls may never be dethroned as Canada’s top draw – and for good reason. The Horseshoe Falls, the biggest of the trio of falls that make up the mighty Niagara, is a bucket-list experience. Here’s a guide to how to get there and what to do by Falls enthusiast Stuart Forster.

The Niagara Falls are made up of three waterfalls on the Canada-US border. The American Falls and Bridal Veil Falls sit on the US side of the border, but they pale in comparison to the size and force of the Horseshoe Falls. Between all three, more water flows down into the river below than any other waterfall on the planet. 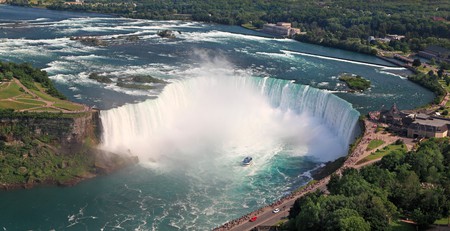 Niagara Falls is easy to reach from Toronto, but there’s a lot more to the area than just the Falls themselves. Niagara-on-the-Lake is one of the world’s biggest producers of icewine, and there are several wine estates for travelers to visit. A year-round destination, boat rides and electric scooters count among the fun ways of experiencing the Niagara region according to award-winning travel writer Stuart Forster.

How to get to Niagara Falls from Toronto

Take your pick of ways to reach Niagara Falls from Toronto:

Traveling by rail also means being able to sit back and enjoy the lakeside scenery. Via Rail operates services from Toronto’s Union Station to Niagara Falls. The quickest service takes less than two hours.

The Go Train service operates on summer weekends. Tickets include the use of a hop-on, hop-off bus linking attractions in the Niagara Gorge. This can prove a cost-effective way of enjoying a day trip or weekend break in and around Niagara Falls.

Enjoy a challenge? If you’re a keen cyclist, the route along the Lake Ontario waterfront up into the Niagara Escarpment can be a fun day in the saddle. 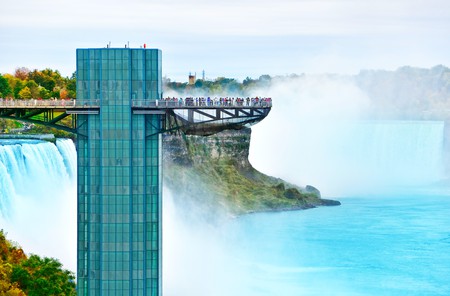 The best views and tours of Niagara Falls

The mightiest and most famous of the three waterfalls at Niagara Falls is Horseshoe Falls, which straddles the Canada-US border. The broad promenade alongside Niagara Parkway provides vantage points to look down onto the gushing water of the Niagara River crashing from a height of 57 metres (187 feet).

If you don’t mind the prospect of being soaked by spray, boat trips bring superb opportunities to snap selfies by the falls. Hornblower Cruises sail from the Canadian side of the river from early May until the end of November, presenting red ponchos to passengers. The decks offer fine views of the American Falls, Bridal Veil Falls and the rugged landscape of Goat Island – as well as sightings of the Maid of the Mist boats over on the US side of the river.

For around $65 Canadian dollars, the Journey Behind the Falls provides access to tunnels excavated from 1889 onwards. You can stand almost within touching distance of tumbling water and get a sense of the Falls’ immense power. The semi-circular observation plaza is another excellent spot for photos, so long as the spray isn’t too heavy.

Helicopter flyovers, including those of Niagara Helicopters and National Helicopters, operate throughout the year. They are a thrilling way to see the Niagara Falls from above and to understand how the Niagara River cuts through the landscape. If you have $150-225 Canadian dollars to spare, it’s definitely worth it. 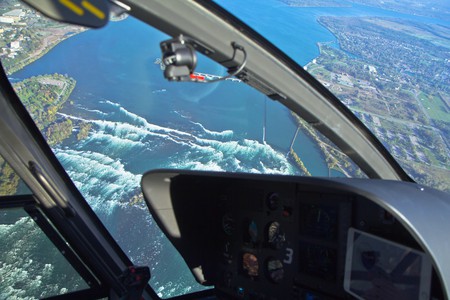 For a full day tour which includes a cruise, viewing from an observation deck, wine tasting and transport, this 9.5 hour day trip has got you covered.

Don’t depart too early. Throughout the summer, fireworks burst in the night sky above the Horseshoe Falls at 10pm.

When to visit the Niagara region

From June until the end of September, the weather in the Niagara region tends to be warm and sunny. Come prepared by packing light clothing and sunblock, plus something thicker for the cool evenings.

Temperatures drop well below zero in midwinter, so bring warm clothing at that time of year. A key attraction from mid-November into January is the Winter Festival of Lights. Canada’s biggest illumination festival encompasses a light and sound spectacular. Three million lights glisten and glow on multicolored installations, some depicting animals, on Niagara Parkway and Dufferin Island.

From April into December you could join renowned stage actors and audiences at the Shaw Festival, held at three theaters in Niagara-on-the-Lake.

And what’s not to love about the Niagara Falls Elvis Festival, in late April, which sees Elvis impersonators taking to the stage? White jumpsuits are optional. 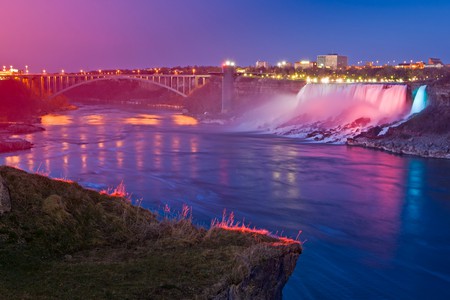 Things to do in the Niagara region

Hiring an eSkoot electric scooter is an environmentally friendly, fun way of zipping around Niagara-on-the-Lake.

Trails through the woodland of Queenston Heights Park give impressive views over the churning Niagara River. Or you can bump through the river’s splashing rapids aboard a Whirlpool jet boat. Look up, and you’ll see the cables that carry the cage-like Whirlpool Aero Car.

Where to stay in and near Niagara Falls

If you enjoy staying at big hotels, take your pick from the properties in the city of Niagara Falls. The Crown Plaza Niagara Falls – Fallsview overlooks the falls and has an indoor water park. The Sterling Inn & Spa has sleek, minimalist and modern rooms as well as access to wellness facilities.

Niagara-on-the-Lake is dotted with charming guesthouses, some in heritage buildings, that are well placed for visiting the region’s wineries. With a white picket fence, the Appletree Historic Bed and Breakfast is a family-run property serving hearty, freshly cooked breakfasts. The Oban Inn is a boutique property with a swimming pool, outdoor hot tub and spa with views over Lake Ontario.

Restaurants in the Niagara Falls region

For a memorable meal with elevated Niagara Falls views, it’s tough to top the revolving Skylon Tower restaurant. At an altitude of 236 metres (775 feet), the restaurant serves sumptuous seafood dishes and tender veal T-bone steaks. Though a little on the pricey side, booking a table in the restaurant or buffet dining room is a way of visiting the observation deck without paying the admission fee.

The Niagara Brewing Company is a laid-back venue for craft beer and tasty comfort food such as chicken fingers with fries and a smothering of plum sauce. 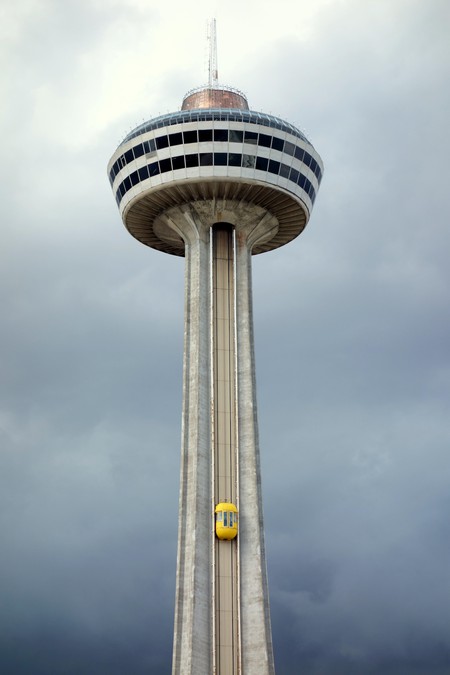 Niagara-on-the-Lake is famed for its icewine (which tastes sweeter and more like raisins) produced from grapes harvested when the temperature dips below -8°C. Larger estates, including Inniskillin, employ guides who take you to see the vines, pressing equipment and cellars where the wine matures.

Grape Escape Wine Tours and Niagara Vintage Wine Tours count among the locally based companies with expert guides giving insights into the terroir and production methods at several of region’s wine estates, while this full day tour also stops off at a local chocolate factory.

Most estates have shops stocking their produce. A bottle of icewine represents a good gift or souvenir to take home from the Niagara region.