How to Spend 24 Hours in Toronto

From vintage markets to dumpling houses and world-renowned exhibits, you can have it all in the vibrant city of Toronto. For time-strapped travelers, here’s how to experience the best of Toronto in 24 hours.

When spending a day in Toronto, there is a whole world at your fingertips. Dine on authentic lamian noodles and made-to-order dumplings in Spadina Avenue’s Chinatown, or barter for vintage clothes on Augusta Avenue in Kensington Market. For something uniquely Canadian, watch the puck drop at a Leafs game at the Air Canada Centre or take a trip up the CN Tower to watch the sunset over the city.

Set your sights on new heights at the CN Tower

Just as the CN Tower is a staple of the Toronto skyline, it’s also a stalwart part of any Toronto itinerary. Take a pit stop at the bottom to get a photo of the building towering over the downtown cityscape, then head to the top for uninterrupted views of the horizon. If you can’t pull yourself away from the view, stay a while at the rotating restaurant just below the observation deck. 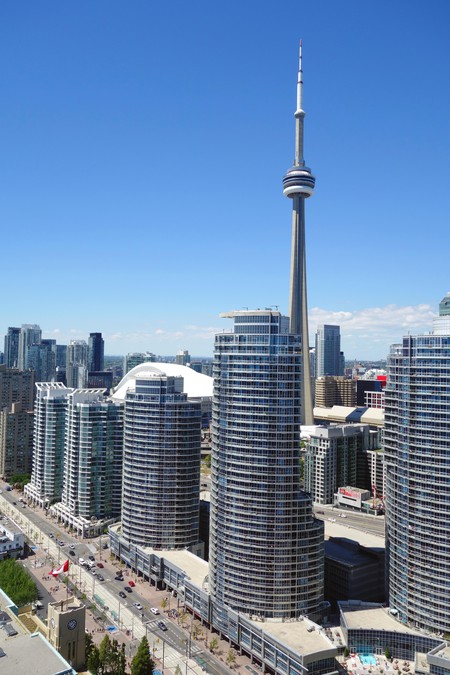 Fill your cart with vintage gems in Kensington Market

Kensington Market is home to a mix of global cuisines, but one of the market’s best-kept secrets is the string of vintage shops that line the eponymous Kensington Avenue. From pre-loved denim to historic period costumes and Canadian cowboy boots, it won’t be hard to unearth a vintage gem. Most shops occupy the ground floor of homes or tiny storefronts. 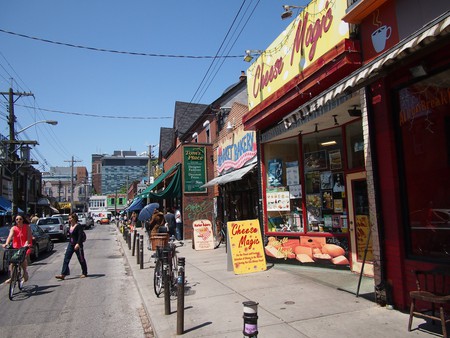 Toronto’s Chinatown is one of the city’s most culturally vibrant neighborhood. At the heart of the cuisine is the slate of hand-pulled noodles and dumpling joints. Watch chefs fold, twist and stretch Lanzhou-style noodles then douse them in a rich stock before topping them with beef, cilantro, carrots and cucumbers. GB Noodles is a local favorite, where they weave and pull lamian noodles to order; a stop here is half-show and half-indulgence. 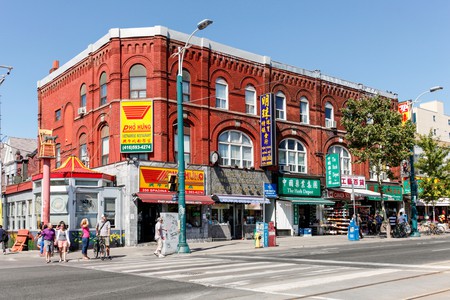 For authentic Chinese cuisine, head to Toronto’s Chinatown where you will find dishes of hand-pulled noodles and dumplings | © Rosemarie Stennull / Alamy Stock Photo

Float away in Yayoi Kasuma’s infinity mirror at AGO Museum

Yayoi Kusama’s traveling exhibition was so beloved by Torontonians that the museum’s members banded together to keep the temporary exhibit for their permanent collection. Each visitor gets just a minute to immerse themselves in the famed artist’s exhibit, which is covered in mirrors and crowned by chandeliers of mirrored baubles. It’s visually and viscerally beautiful, giving visitors an otherworldly experience. While your visit is short, make sure to set aside a chunk of time for photography: you won’t want to forget the shimmering silver walls. 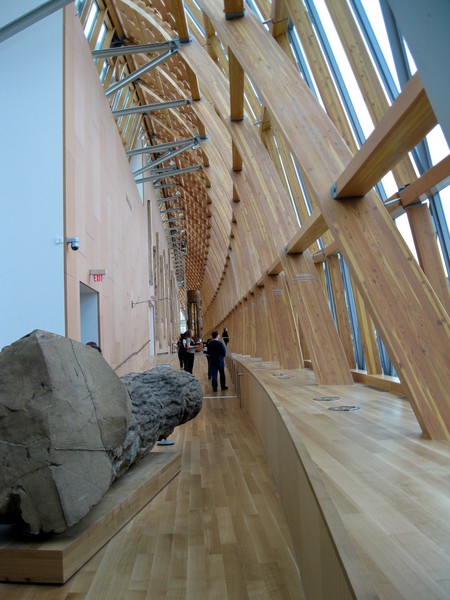 Located in Toronto’s Grange Park neighborhood, the Art Gallery of Ontario is one of the most prominent modern art galleries in North America | © Bert Hoferichter / Alamy Stock Photo

Take the Red Rocket from Chinatown to the Scotiabank Arena

Hop aboard the Red Rocket, and travel through the city centre on Toronto’s city-traversing streetcar. The most scenic route (510A) takes riders from Spadina station through to Chinatown, and then drops off passengers at the famed Scotiabank Arena – just in time to cheer on the Toronto Maple Leafs at a hockey game. Be sure to avoid the Red Rocket during rush hour; while it zooms by the city’s must-see destinations, it’s also an express route for workers heading home. 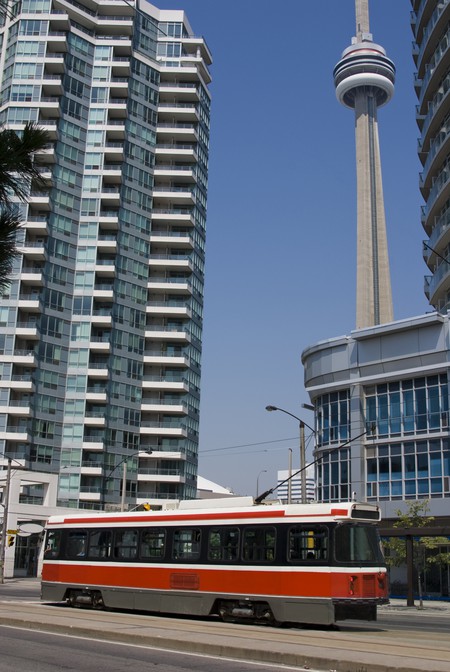 Hockey is at the heart of Canadian culture, so bundle up and hit the rink to watch the puck drop at a Leafs game. Crowds are fierce, enthusiasm is strong, and don’t forget to grab an order of truffle poutine and a cold local beer to snack on. If budget is an issue, attend a game of the Maple Leafs feeder team, the Toronto Marlies, for an equal amount of fun. 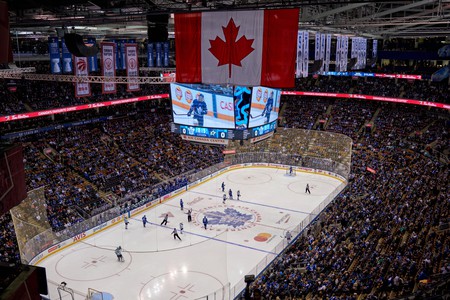 Ice hockey is Canada’s official national winter sport and at the heart of Canadian culture. Experience the game for yourself and watch the Toronto Maple Leafs in action | © gor Ilyutkin / Alamy Live News
Give us feedback