How Thanksgiving in Canada Is Different From the United States 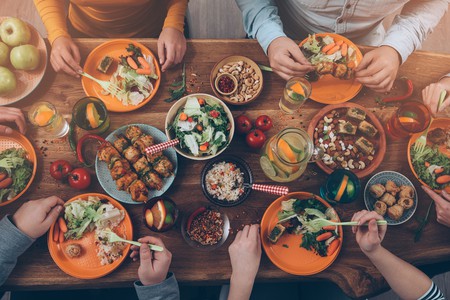 Both Canada and the United States hold Thanksgiving as a noteworthy national holiday that occurs in the autumn, and in both countries, many people consider it to be an important time for families to gather and enjoy a meal together. Despite these outward similarities, however, there are some important distinctions to be made between how Canadians and Americans conceptualize and celebrate their versions of Thanksgiving.

First of all, it’s important to note that Thanksgiving Day in Canada (or in Quebec, jour de l’action de grâce) is in October, not November, as it is south of the border. Specifically, it comes on the second Monday of the month—which is the same as Columbus Day in the U.S. One explanation for this distinction is that because Canada is geographically situated further north, the brief window of the harvest season comes earlier, so they observe it according to the natural seasonal shift. 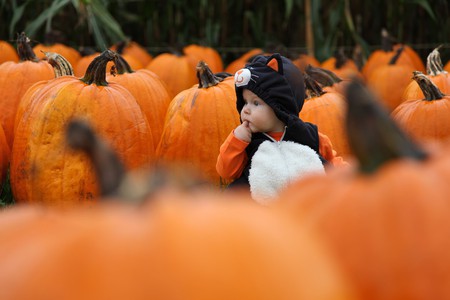 Additionally, although Canadian Thanksgiving is officially on a Monday, it can be celebrated at any point over the three-day weekend. The big family meal could take place on Saturday or Sunday, and not necessarily on Monday.

Canadians have been celebrating Thanksgiving as an official annual holiday since 1879. But until 1957, the date was not fixed and moved between October and November. Since the government officially proclaimed the second Monday of October as Thanksgiving Day, it has been a designated statutory holiday across the country—except in the Atlantic Provinces, where it remains an optional holiday.

The meaning ascribed to Thanksgiving is slightly different between Canada and the U.S. Historically in Canada, Thanksgiving celebrations commemorated everything from explorer Martin Frobisher’s successful 1578 crossing of the Northwest Passage to victories during the World Wars, whereas the emphasis in the U.S. is on pilgrims and the Mayflower. 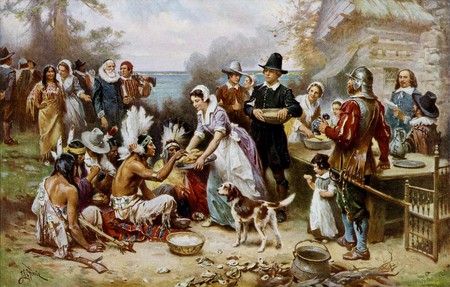 In Canada, there has always been more emphasis placed on the harvest, the changing leaves, and autumn flavors such as apple, pumpkin, maple, cranberry, and various fall vegetables.

It’s not associated with shopping

In the United States, the mayhem that often ensues on Black Friday (the day after Thanksgiving) is legendary. Even around the world, news reports show how some shoppers head straight from their Thanksgiving celebrations to line up for sales at the mall as soon as it opens.

This aspect of the holiday isn’t the same in Canada. Although the holiday landing on a Monday does mean that it’s a long weekend for many people, shopping isn’t associated with it, and many stores are closed or hold reduced hours throughout the weekend—especially on Sunday and Thanksgiving Monday. 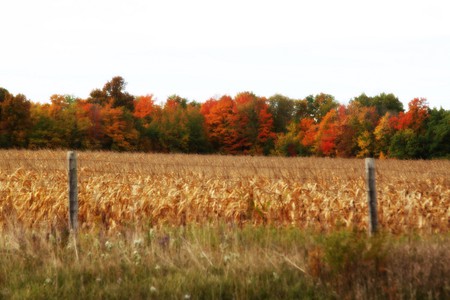 While the features of a Thanksgiving meal are very similar between the two countries—with turkey being the main dish, accompanied by stuffing, mashed potatoes, gravy, cranberry sauce, sweet potatoes, sweet corn, other fall vegetables, and pumpkin pie—there are some differences in flavor and preparation. For example, American pumpkin pie tends to be sweet and is paired with custard, while in Canada, pumpkin pie is spicier, with ginger, nutmeg, cloves, and cinnamon. Also, Canadians tend to use bread crumbs for stuffing, while in the U.S., stuffing, or dressing, features cornbread in the Southern states, oysters in the Eastern states, and the Northern states often use rice. 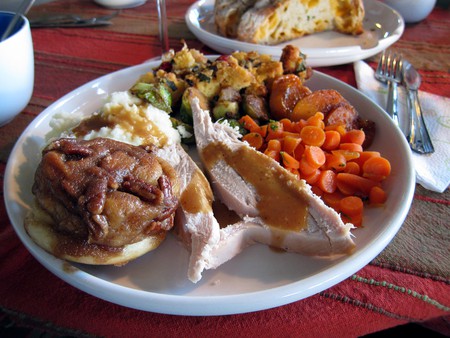 As the holiday continues to evolve with different cultural influences, Thanksgiving in both countries is primarily viewed as a time to give thanks, to celebrate the season’s bounty, and to enjoy a feast with family and friends.