How Did the City of Toronto Get Its Name? 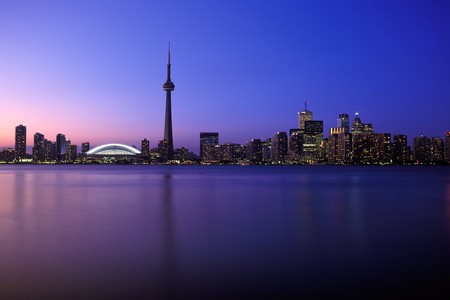 Toronto’s unusual name has a life of its own, which is in many ways distinct from the history of the city itself. Originating in local indigenous languages that reflected a wider regional geographic history, and then re-shaped through the tongues of French explorers and subsequent British settlers, here is an overview of how the city of Toronto got its name.

Although the precise origins of the name are debated, echoes of ‘Toronto’ can be found in at least two Aboriginal language groups that inhabited the region at different points in history. For many years, the accepted origin was from a Wendat (Huron) word translating as “meeting place,” but subsequent scholarship has revealed possible Mohawk origins of the word. The word “tkaronto” was used to refer the narrow stretch of water between Lake Simcoe and Lake Couchiching, near present-day Orillia. Literally translated as “where there are trees standing in the water,” the name was first recorded by Champlain in 1615.

Spellings of the word on regional maps through the seventeenth century included Tarento, Tarontha, Taronto, Toranto, Torento, and Toronton, in addition to the spelling that we use today. On French maps during this period, Lake Simcoe appeared as Lac de Taronto, and Passage de Taronto referred to a canoe route related to what is now the Humber River in west Toronto. At the time, the river was called Rivière Taronto via French explorers, and by the 1720s a fort to the east of the river on Lake Ontario was named Fort Toronto by the French.

Over time, the name shifted 125 kilometres south to the current site of the city of Toronto, appearing as Tarantou. With the British takeover in the late eighteenth century, however, the influential Governor John Graves Simcoe was keen on assigning English names to locations throughout what was then Upper Canada (now Ontario). He renamed Rivière Taronto as the Humber River, and in 1793 he renamed the settlement York as a nod to the Duke of York, who had recently led a victorious British campaign in Holland. 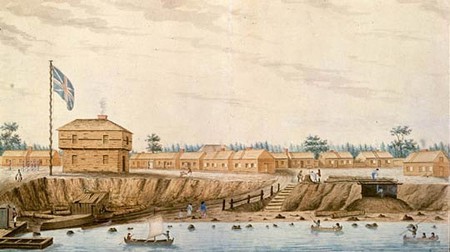 The City of York

In order to distinguish it between New York to the south, the capital of Upper Canada was often referred to as “Little York.” Although the name didn’t even last for a century, it can be found echoing through some of the city’s streets and districts—including Yorkville just north of the downtown core, North York, and the regional Municipality of York, located between Lake Simcoe and Toronto.

By the 1830s, York was growing slowly but steadily and it was already the biggest city in Upper Canada. As its regional importance grew, the Legislative Council worked to incorporate the city—and with that came a definitive name-change.

The City of Toronto

After some debate, the Council officially incorporated the city as Toronto in early March of 1834. The new name was considered to be more “musical”, and perhaps also distanced the city from the negative connotations that surrounded the city of York in England at the time. 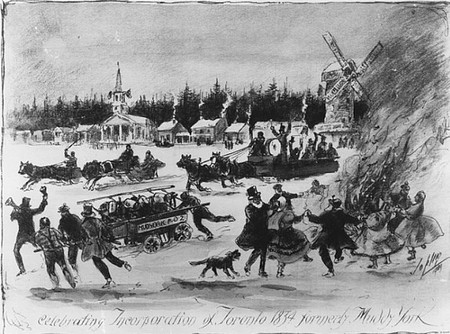 Celebrating the incorporation of the City of Toronto in 1834, by Frederic Waistell Jopling | Toronto Reference Library/Wikimedia Commons

The new name was certainly a better reflection of regional history, with its indigenous roots and the layering of French adaptations and anglicisms through time.