How Canada’s Ragged Ass Road Got Its Name 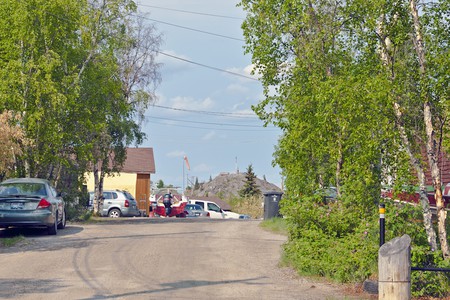 Located in Yellowknife in the Northwest Territories, Ragged Ass Road started off as a simple joke. Although it took the city some 40 years to recognize the name, it’s now one of Canada’s most famous streets. Keep reading to find out the origin of Ragged Ass Road.

How Ragged Ass Road got its name

This particular street in Yellowknife was previously called Privy Road, due to the number of outhouses. Resident Lou Rocher, who made his money doing a lot of jobs, including commercial fishing, selling firewood, and predominantly prospecting, owned six out of the road’s nine lots.

One night in 1970, he was drinking with some other prospectors, who had all been working hard for little money and “prospects.” Rocher made a funny comment about how the street should be named Ragged Ass Road instead because they were all “ragged ass broke” (or dirt poor). 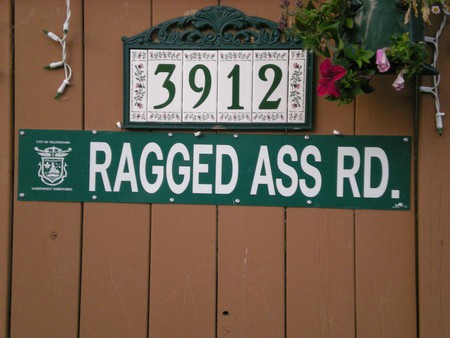 Rocher’s son Mark told Northern News Services Online that his dad thought it was his right to name the street: “He felt he should be able to name it because he owned six of the nine lots on the road, and he thought he could name it appropriately.” So that night, the men made a sign and placed it on the street, and the rest is history.

Officially, the city believed the street to have no name, but that didn’t stop Rocher from putting up the signs. He had to replace them regularly because they were stolen so often by curious townsfolk and tourists, which led him to weld them in place.

Rocher passed away in 2013, but it wasn’t until 2015 that Yellowknife finally placed official city signs at both ends of Ragged Ass Road. Today, many souvenir shops across Yellowknife sell T-shirts, mock street signs, and stickers emblazoned with the name. 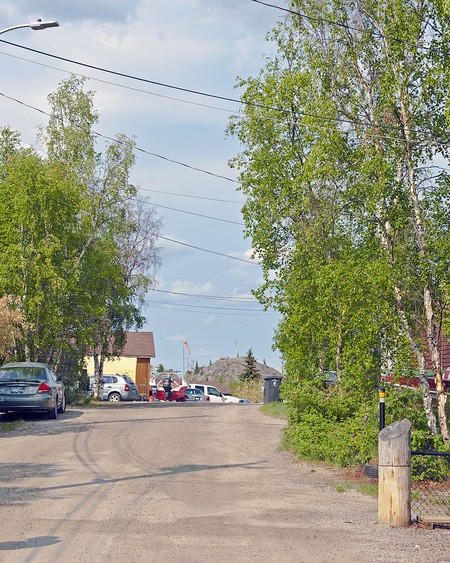 In 2011, Kathy Reichs (producer of long-running American TV series Bones) attended the NorthWords Literary Festival in Yellowknife. She fell for the city and decided to set her next book, Bones are Forever, in Yellowknife. The main character actually trails a suspect down Ragged Ass Road, which Reichs describes brilliantly.

In 2012, a man on a WestJet flight was wearing a souvenir Ragged Ass Road T-shirt, but a flight attendant told him to either cover it up or turn it inside out because it violated the company’s family-friendly policy. WestJet later apologized for the incident.