An Introduction To Drake In 10 Songs 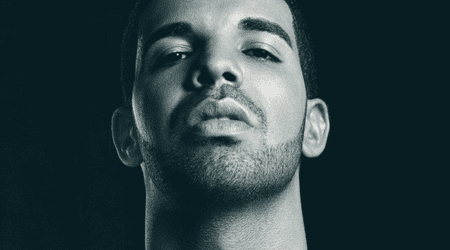 Drake: some may know of him as the Degrassi: The Next Generation star who rose to fame as a rapper; others may know of him as the singer-songwriter from Toronto, who made a name for the city through the 6ix shoutouts and paraphernalia he so proudly wears. Drake’s music, despite its strong ties to Toronto, has garnered attention across the globe, bringing in a massive following of fans and developing a trend of Drake-themed everything, from memes to Instagram accounts.

Audrey Drake Graham, now more famously known as ‘Drake‘, was born in Toronto, Ontario on October 24, 1986. His father, a drummer who worked with Jerry Lee Lewis, taught Drake about his Memphis roots, along with an appreciation, understanding of, and interest in music. Beginning his career on stage as a young actor, Drake appeared in over 100 episodes of Degrassi: The Next Generation, launching his musical career as a rapper. He began releasing mix tapes, gaining attention from famous artists like Lil Wayne, whom he later toured and recorded with in 2008. Drake officially signed with Lil Wayne’s record label, Young Money Entertainment, in 2009, after the release of his third mixtape, So Far Gone. Drake became a musical trailblazer, sparking trends, and cementing himself as a massive influencer in the world of hip hop.

This platinum-selling artist consistently breaks Billboard records, has received a Grammy Award along with almost 50 other awards (such as Juno Awards and BET Awards) and still holds the record for the most number-one hits on Billboard‘s R&B/Hip-Hop Chart. As a songwriter and producer (under the alias, Champagne Papi), Drake has also developed his own lifestyle brand, October’s Very Own (or, OVO); what began as a small-time blog about his crew has evolved into a clothing brand, record label, and even an annual music festival in Toronto called OVOFEST. Drake has proven himself as a cultural and musical guru, drawing on an untapped industry of Toronto-focused pride that wasn’t otherwise represented in the musical culture. Thanks to Drake, Toronto is now on the map! With no further ado, here is an introduction to the legendary Drake’s musical repertoire, from HOT to 100.

This song was the first single released by Drake on his first EP So Far Gone, named after his third (and most successful) mixtape, which garnered him substantial attention in the music world and sparked the beginnings of his international fame. It was named the #1 Hot Rap Song of the year by Billboard and has been nominated for various awards, including two Grammys and a Juno Award. All of this despite the copyright controversy with Kia Shine, which Drake so eloquently responded to on his website.

Produced with the help of Kanye West, Jeff Bhasker and No I.D., ‘Find Your Love’ boasts a soulful R&B vibe, with a Jamaican-style beat and synthesized sounds reminiscent of late 80s tracks. Drake is applauded for shining in his vocals with smooth singing versus the usual hard rapping. The song is said to belong on Kanye’s album, 808s and Heartbreak, produced by Jeff Bhasker, which has similar slow jams and an 80s vibe. The music video, with a somewhat long intro in the beginning, tells the story of a dangerous woman that Drake ‘must see one more time.’

Drake dropped ‘Headlines’, the single from his second album, Take Care, at 1:30am on a Sunday via his ‘October’s Very Own’ blog, giving fans a sneak peak before the album was released and a free download of the song. It reached number 13 on Billboard, went Platinum in Canada in 2011 (over 40,000 copies sold), and finally went Platinum in 2012 for selling over 1 million copies in the US. Produced by Noah “40” Shebib and Boi-1da. Fans found the song showed a new sound: filled with a magical flow, synthesizers, and snare drums, and devoid of his usual hooks and hard beats.

‘The Motto’, featuring Lil Wayne and Tyga, was a commercial success, selling over three million copies in the US, and receiving critical acclaim. It was nominated for Best Rap Song at the 2013 Grammy Awards, peaked on the US Hot R&B/Hip-Hop and Rap Songs charts in the US, and was ranked as number 20 on the Billboard Hot 100 year-end chart. Ever heard of the term, ‘YOLO’? You can thank Drake for that — claiming ‘you only live once’ through the song, ‘YOLO’, became a worldwide phenomenon seen in everything from graffiti to memes.

Drake’s take on a ‘club song’, ‘Take Care’ features musical powerhouse Rihanna, making it their second collaboration together. Many praise Rihanna for her vocals on this track, and the song became an instant hit, reaching number 7 on the Billboard Hot 100 as well as making the top ten in Australia, Denmark, New Zealand, and the UK. The song gathers inspiration from Jamie xx’s remix of Gil Scott-Heron’s, ‘I’ll Take Care of You.’

This song, set to be performed at the 2013 Grammy Awards for the first time and before the official release of his upcoming album, Nothing Was the Same, was leaked to fans through Drake’s blog nine days earlier. It was seen by some as a controversial act, but Drake explained it as a way for fans to learn the real story behind his rise to fame: ‘I didn’t feel I needed any interviews or radio or press to launch this song. It felt right to come back to the site that I started on and release it to the people that started here with me.’

Featuring R&B soul group and OVO-signed, Majid Jordan, ‘Hold On, We’re Goin’ Home’ was meant to give fans a song that could be listened to over and over for generations to come with a timeless melody. It’s a catchy beat that received positive reviews: it reached number four on the Billboard Hot 100, and was named as the best song of 2013 by Pitchfork Media.

From the album, If You’re Reading This It’s Too Late, this track received positive reviews despite the heavy tones and dangerous lyrics. With a synth beat and catchy chorus, Drake brought this track to the world in hopes to throw up his middle fingers to everyone, including all his enemies.

This catchy tune, known for its parodies across social and widely commercial success, received both praise and criticism — praise for showing a different, more emotional side of Drake as well as its production, and criticism for the lyrics, which some infer a sexist tone. The Director-X directed video became a cultural phenomenon in its own right, resulting in countless memes and parodies. Despite the criticism, this is Drake’s most successful song, charting at number two on Billboard 100 (tying with his 2009 track, ‘Best I Ever Had’), and reaching number three in Canada and the UK. Spoiler alert: quirky dance moves to ensue.