The Best Hotels in Winnipeg, Canada 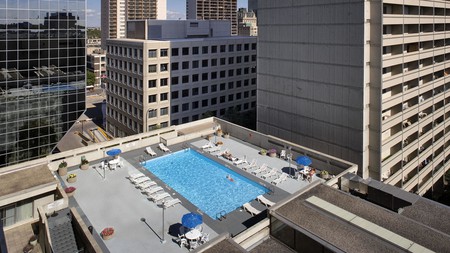 Spot polar bears at the Assiniboine Park Zoo, or hold a $600,000 gold bar at the Royal Canadian Mint on your next visit to Winnipeg, the city at the center of Canada.

Winnipeg has several of the oldest and best-preserved historic districts in Canada. Visit the Forks National Historic Site, where the Red and Assiniboine Rivers meet, or the Canadian Museum of Human Rights, described by its architect as “carved into the earth and dissolving into the sky”. Allowing you to make the most of your stay, there are a hotel and a style to suit everyone in Winnipeg. 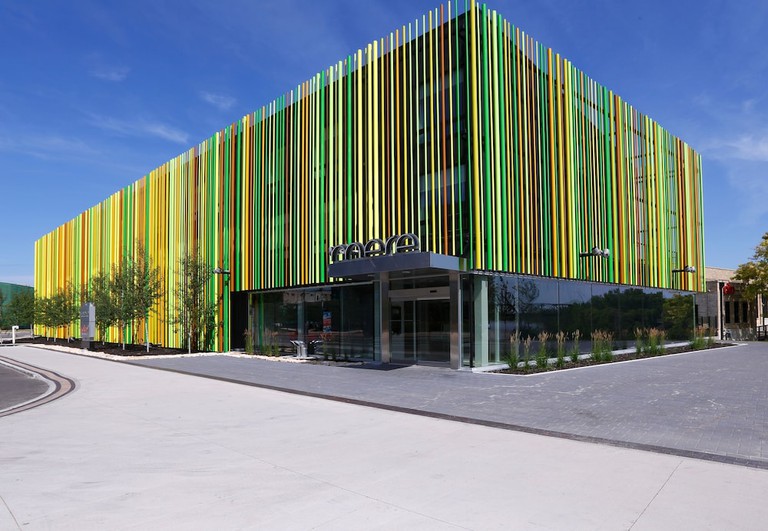 Courtesy of Mere Hotel / Expedia
View Rooms
As much a standalone sculpture as a hotel, the Mere’s candy-colored façade of metal tubing is a showstopper. Rooms are ultra-modern, with graphic feature walls and pops of acid-green and apple-red decor. Unwind in the walk-in rain shower, stocked with Molton Brown toiletries. Beverages and power bars are complimentary. Poised between two excellent dining districts, the Exchange and the Forks, and with Cibo Cafe on the river directly behind the hotel, this location is great for eating out.
More info 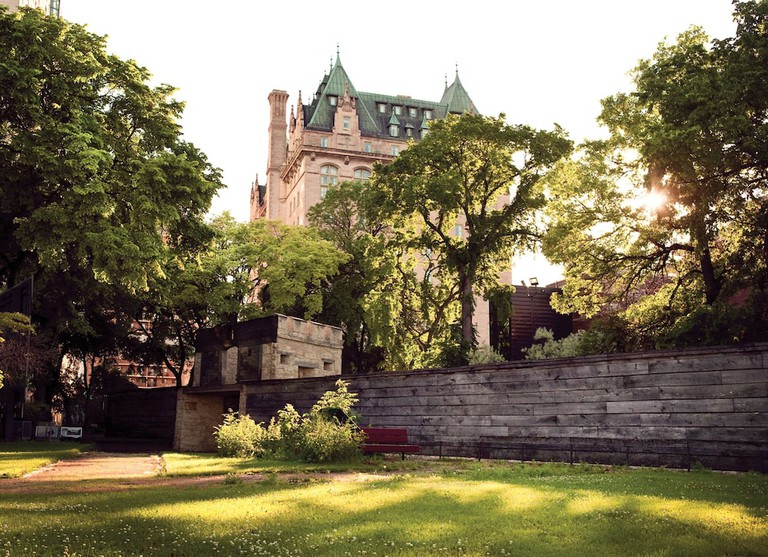 Courtesy of The Fort Garry Hotel / Expedia
View Rooms
A classic railway hotel built in 1913 in the French Renaissance style, the Fort Garry has retained all its Gallic character and charm. Furnishings are Empire-inspired, with four-poster beds in your choice of Tempur-Pedic or feather mattresses. Rooms are capped with high ceilings and crown moldings. The current owners, based in Quebec, keep the French influence intact, and the service as snappy as any you’ll find in Paris.
More info

Inn at the Forks 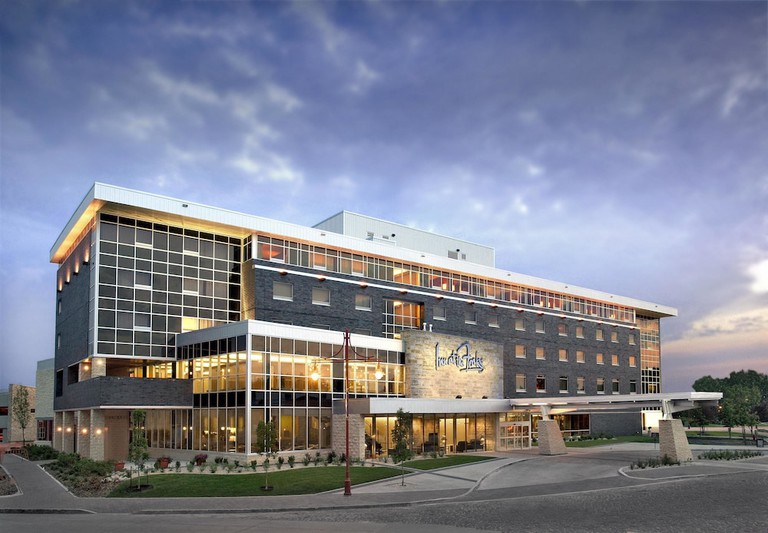 Courtesy of Inn at the Forks / Expedia
View Rooms
Ever since indigenous people first gathered here over 6,000 years ago, the Forks has been a place to meet and trade goods and information. In its current incarnation, the Inn at The Forks is carrying on the tradition. Step outside its modern rooms into the Forks Marketplace, a brick-walled restored railyard brimming with eclectic shops and globally inspired restaurants. The Children’s Museum and the Canadian Museum of Human Rights are just across the cobbled courtyard.
More info 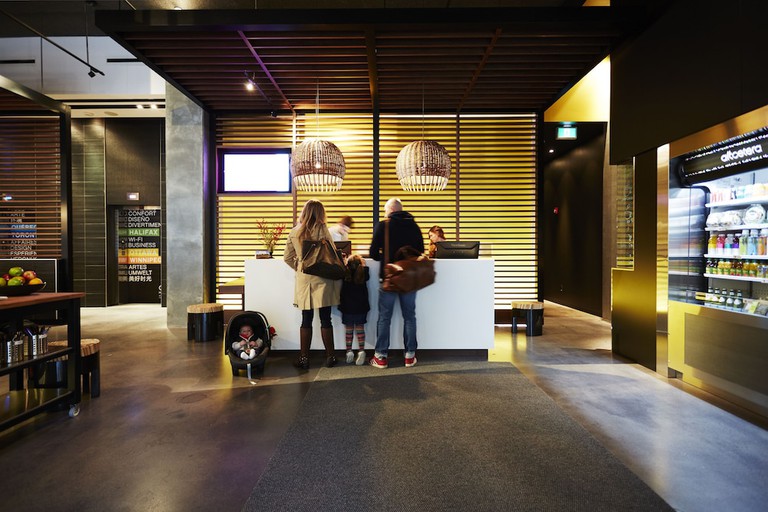 Courtesy of Alt Hotel Winnipeg / Expedia
View Rooms
The ultra-contemporary Alt Hotel appeals to business and leisure travelers alike. Expect exposed concrete accent walls, high-end italian lighting, and rainfall showers. Take in a concert or a Winnipeg Jets hockey game at Bell MTS Place next door, then explore SHED, the downtown sports, hospitality and entertainment district, at your leisure. Checkout is flexible, so you can stay out as late as you please.
More info

Hotel, Bed and Breakfast, Inn
Facebook
Email
Twitter
Pinterest
Copy link
Share
Map View
You’ll feel like a star at the Columns. This 1900s-era riverside B&B in the tree-lined Wolseley neighborhood has been featured in movies and television productions. Polished oak woodwork and original chandeliers grace the dining room. The Master Bedroom, with a canopied bed and separate powder room, has its own private balcony, perfect for enjoying warm Winnipeg nights.
Book Now 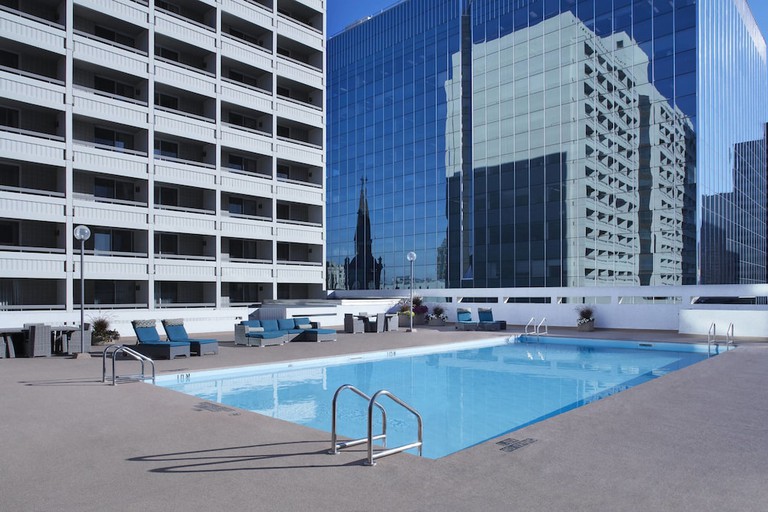 Courtesy of Delta Hotels by Marriott Winnipeg / Expedia
View Rooms
From single business travelers to families, the Delta has a space to fit everyone. Standard rooms offer large work desks, heated bathroom floors and balconies. The two-bedroom, two-bath Odyssey Suite has room for up to six people, with a separate dining area and views of downtown. An enclosed sky bridge connects the hotel to the RBC Convention Centre next door.
More info 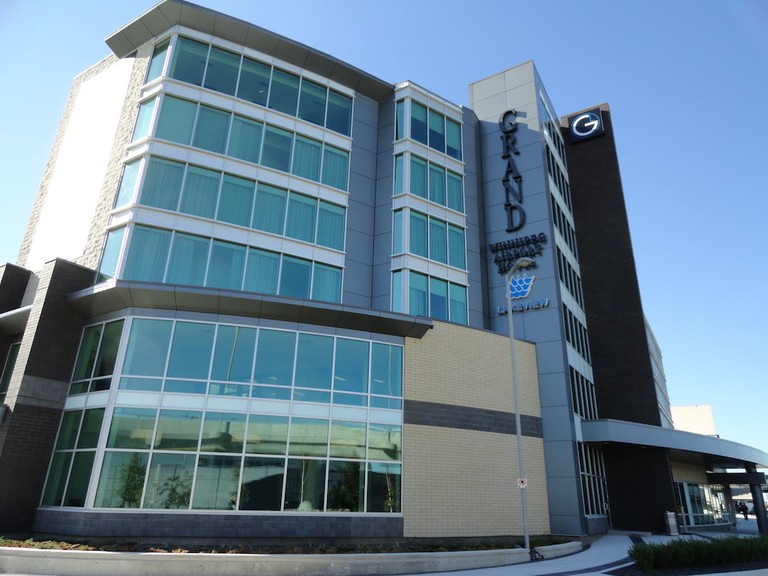 Courtesy of The Grand Winnipeg Airport Hotel by Lakeview / Expedia
View Rooms
An up-to-the-minute airport hotel, the Grand will keep you on schedule with in-room iPads. Read the news, watch Netflix for free, or order room service electronically. Plane spotters will enjoy the choice of a city or runway view. Enjoy a trip to the nearby Winnipeg Zoo or shopping at Polo Park Mall before taking off.
More info 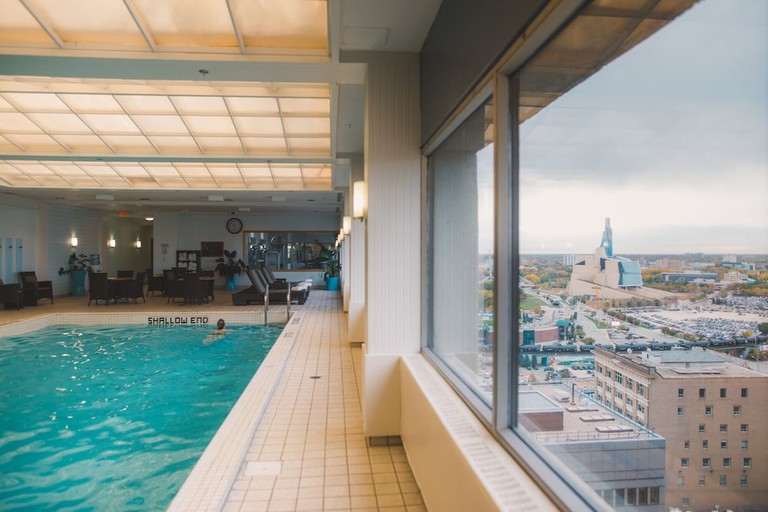 Courtesy of The Fairmont Winnipeg / Expedia
View Rooms
Stay in the center of things at the Fairmont Winnipeg, the closest hotel to the corner of Portage and Main. This famous intersection – in the heart of the historic Exchange District – is almost at the exact geographical center of Canada. Enjoy panoramic views of the city skyline and the Forks National Historic Park in sophisticated, elegant surroundings. Dining is outstanding, supplemented by honey and fresh herbs from the rooftop beehives and garden.
More info 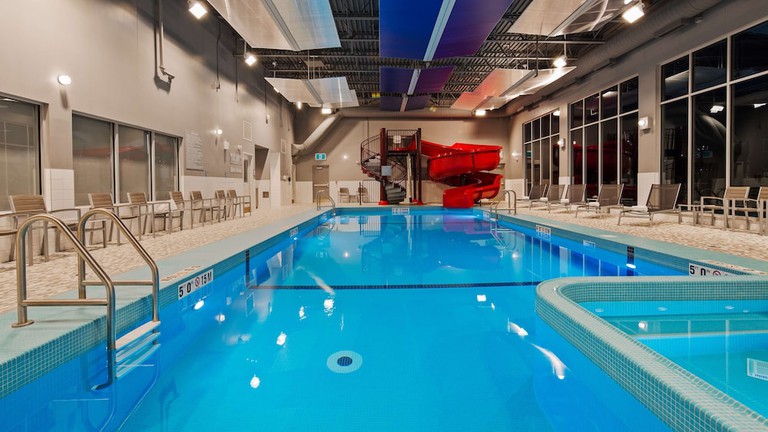 Courtesy of Best Western Premier Winnipeg East / Expedia
View Rooms
This newly built hotel in Transcona offers splendid views of the Canadian prairies from king or double queen rooms. A generously sized pool, a hot tub and a fitness facility are available, with adult-only swim hours. After a complimentary full breakfast, explore the Tall Grass Prairie Reserve across the street. It showcases a butterfly-filled remnant of the original grass and wildflower environment that was tilled into wheat fields by generations of farmers.
More info
Give us feedback