The Best Hotels in Montreal, Canada 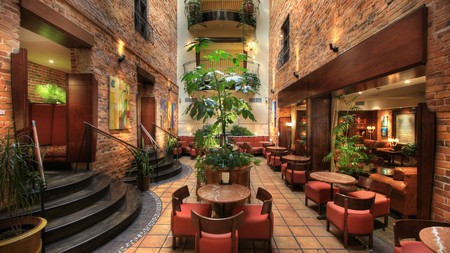 Centuries of history precede Montreal, and you don’t need to look very hard for evidence. A wander down the cobblestone streets of French colonial Vieux-Montréal – renowned for its imposing Gothic Revival Notre-Dame Basilica – and into the bohemian Plateau is all that’s required. Stay close by in one of the many time-honoured hotels, some dating back to the 1800s, to ensure you make the most of your time in this old, Euro-inspired city in the Quebec province of Canada. 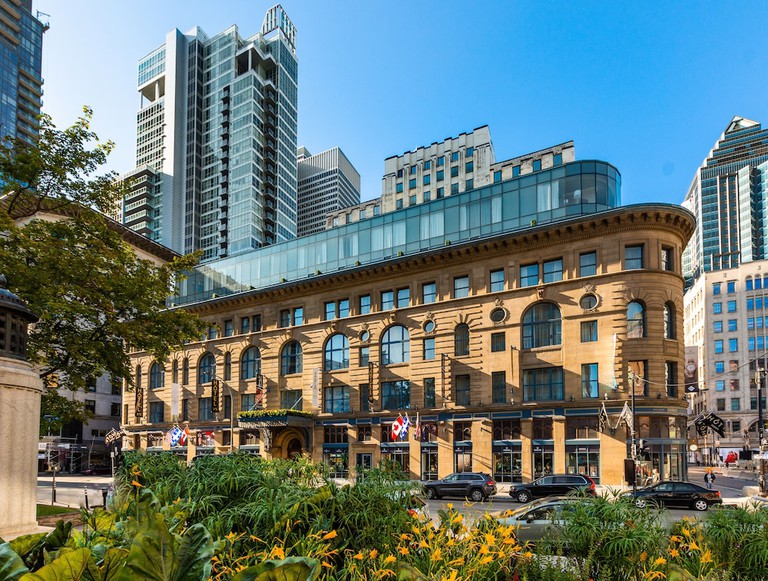 Situated downtown on one side of Phillips Square, Hotel Birks Montreal is housed in the former Birks flagship store. Built in 1894, the building has undergone various restorations over the years and welcomed the addition of Hotel Birks in 2018. The glittering chandeliers, high ceilings and arched windows set the scene for 132 rooms and suites all lavishly furnished with white leather headboards, feather duvets and dark wood furniture with brass handles. Some rooms even have a private terrace that overlooks busy Sainte-Catherine Street below. 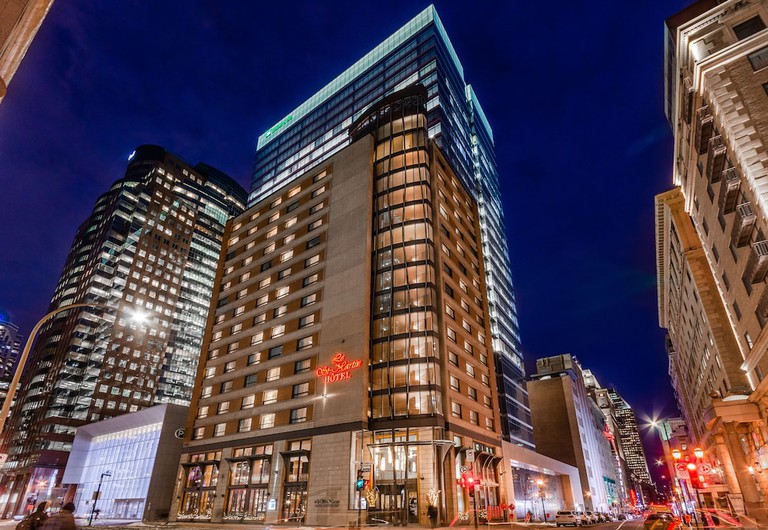 The central location of Le St-Martin Hôtel Particulier puts you right in the thick of it, so you’ll never have to stray too far. And thankfully, the 123 rooms are soundproofed, blocking out the noise of city traffic outside – a thoughtful touch for light sleepers. Deluxe signature rooms like the Toulouse and Marseille come with a decorative fireplace, a large soaking tub and a glass walk-in shower if you don’t quite have time for the former. The heated outdoor jet pool is the icing on the cake, so to speak, and speaking of cakes – make sure you try the macarons and chocolate praline fondant at Gustave restaurant, at least once. 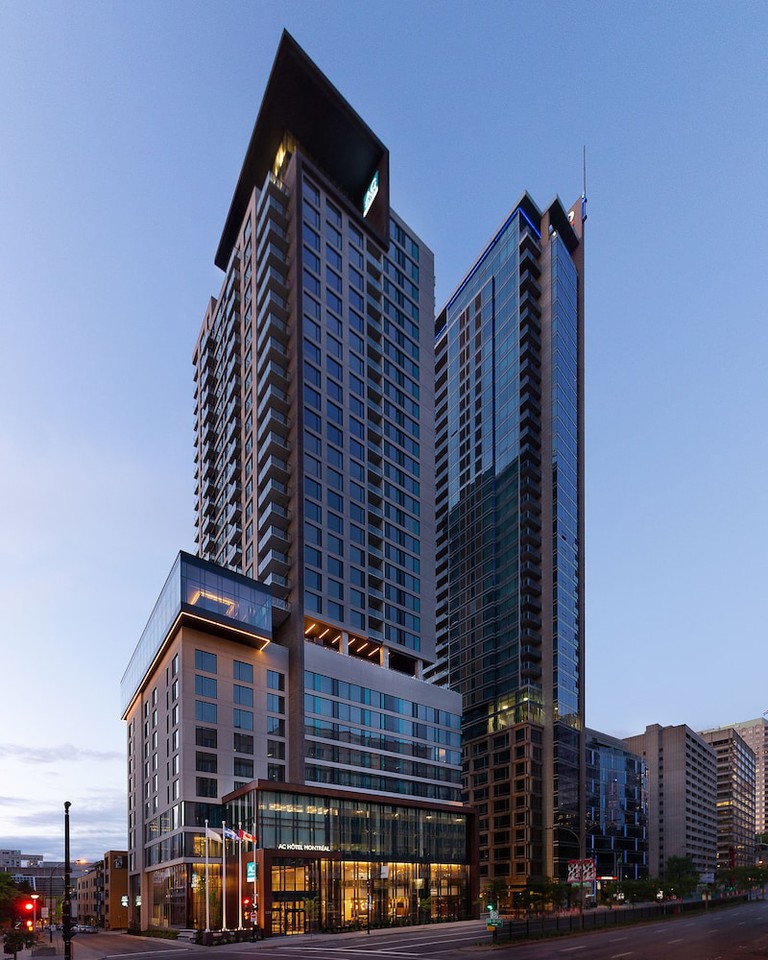 Set in a glossy high rise building, the AC Hotel by Marriott Downtown is a fairly new hotel on the block, catering specially to the modern business traveler. There’s a comfy co-working space by the lobby with a fireplace and leather armchairs, plus a late-night tapas menu and imported Spanish wine if you find yourself working late. When you need to stretch your legs, take a dip in the indoor, 21m swimming pool – situated on the 12th floor, it offers sweeping views over the city through floor-to-ceiling windows. 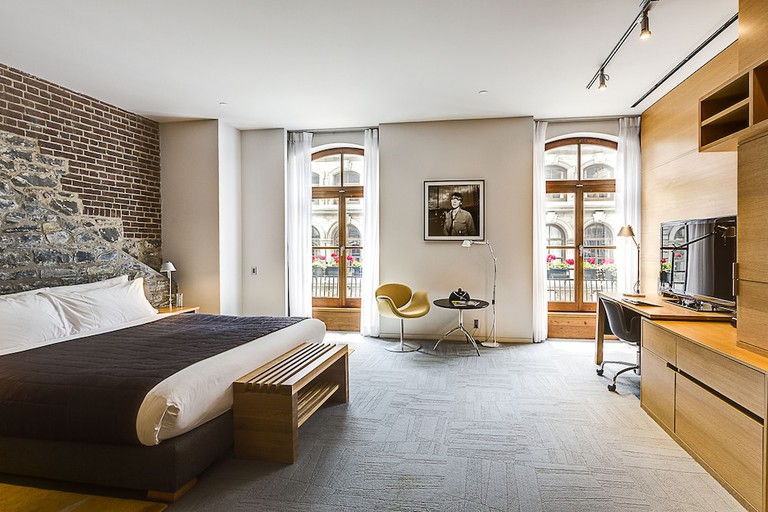 Hotel Gault in Old Montreal exudes an industrial-chic style, with exposed brick and stone walls adding visual texture to the 30 rooms, which include contemporary lofts and family-sized suites. Many nod to the city’s colonial era with French windows allowing natural light to illuminate oakwood furnishings. Hotel Gault also showcases the work of native Canadian artists throughout the property. 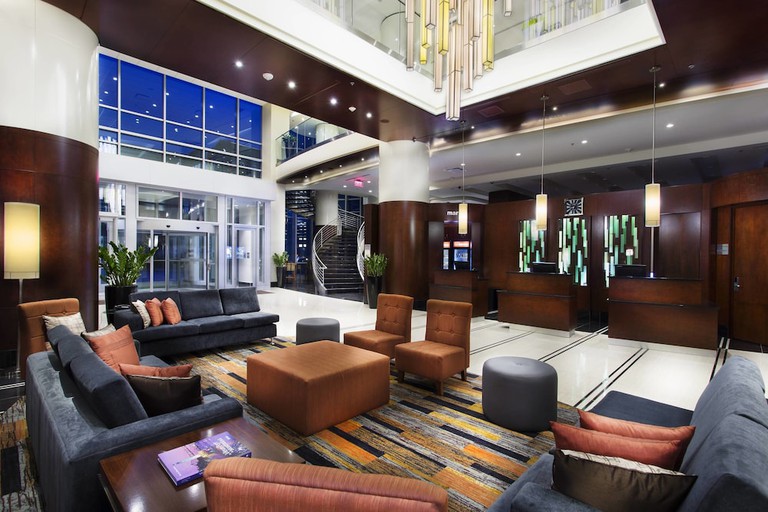 This boutique-style hotel in the heart of downtown caters primarily to corporate travelers, though leisurely vacationers will also find plenty to write home about. Upstairs on the top floor is a sauna, a whirlpool, an indoor rooftop swimming pool and gym. Over 200 rooms feature ultra-comfy beds as you’d expect from a Marriott hotel, plus a large desk with an ergonomic chair for guests who plan to work here. 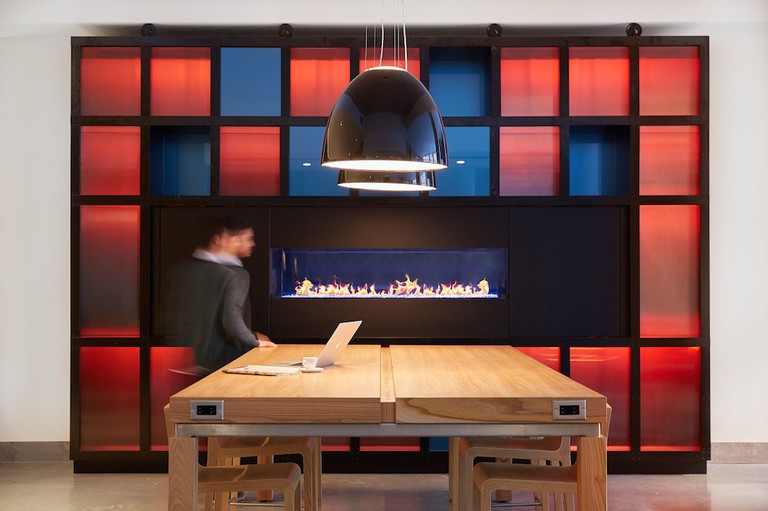 In downtown’s Ville-Marie district, this family-owned boutique hotel is another top choice for corporate travelers given it’s just across the street from the convention center. In addition to flat-screen TVs and speedy wifi, its modern 114 rooms and suites come equipped with an iMac computer and include a freshly prepared continental breakfast in the rate. In line with the hotel’s eco-friendly focus, ingredients are bought in from local businesses. 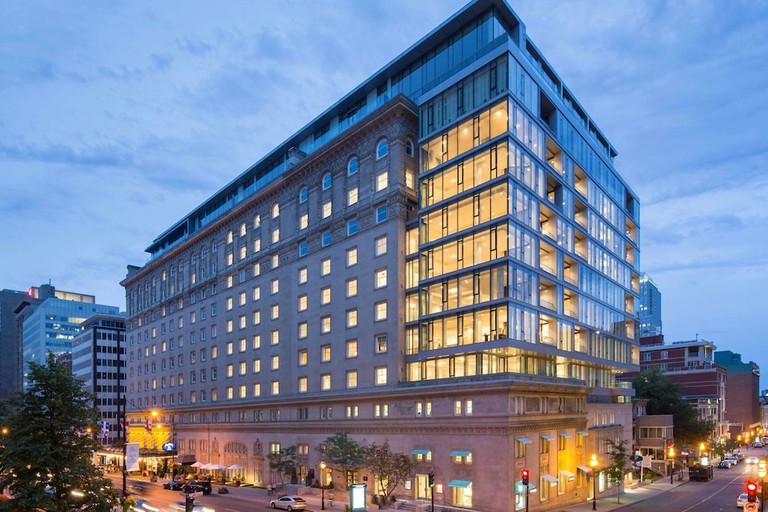 Established in 1912, the Ritz-Carlton is one of Downtown Montreal’s more luxurious options. Rooms are timelessly designed with warm tones, dark hardwood floors and pops of colour in the furnishings, while bathrooms boast marble surfaces, heated floors and self-defogging mirrors. To admire the city’s skyline, head to the indoor saltwater pool on the rooftop and combine your sightseeing with a swim. And if you’re a French food fanatic, upscale restaurant Maison Boulud will hit the spot, serving up traditional French cuisine made with local ingredients. 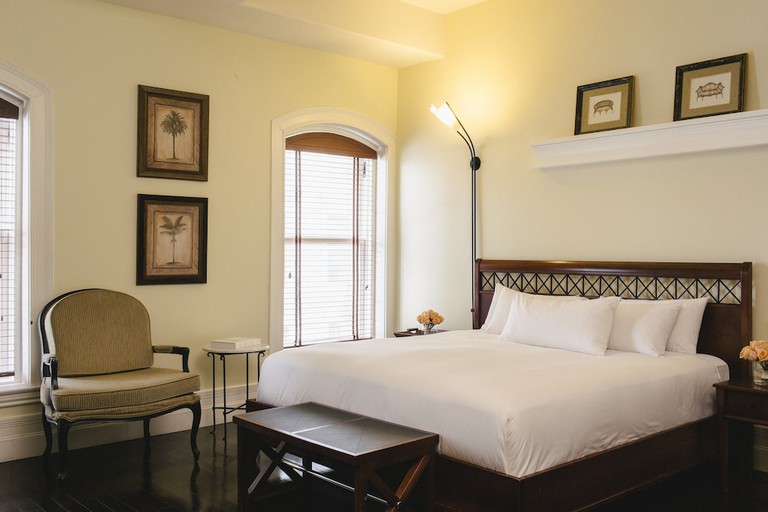 The 169 rooms and suites in Old Montreal’s upmarket Hotel Place d’Armes span three late 19th-century buildings, of which an extravagant 3,000sqft Rainspa is the highlight. There are 10 treatment rooms where you can indulge in services like deep-tissue, hot stone, and Swedish massages, plus a traditional Turkish hammam and eucalyptus-scented steam bath for treating everything from flu, fever, and sore throat to skin and muscle pain. 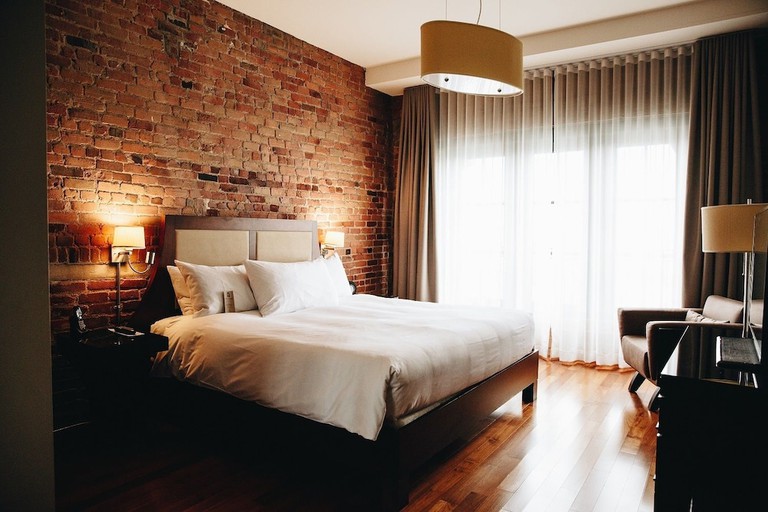 Dating back to the 1850s, the four impressive buildings which comprise Hotel Nelligan are preserved by old stone and original brick walls. Inside, suites come equipped with an electric fireplace and jetted tub, and most rooms give you a great view over Old Montreal. If you’re eager to explore further afield, take advantage of the courtesy car service and be whisked to any point within a 5km radius. But make sure you’re back in time for dinner: Verses Restaurant serves authentic French fare like seared duck breast and angus beef tenderloin which would rival any Parisian bistro. 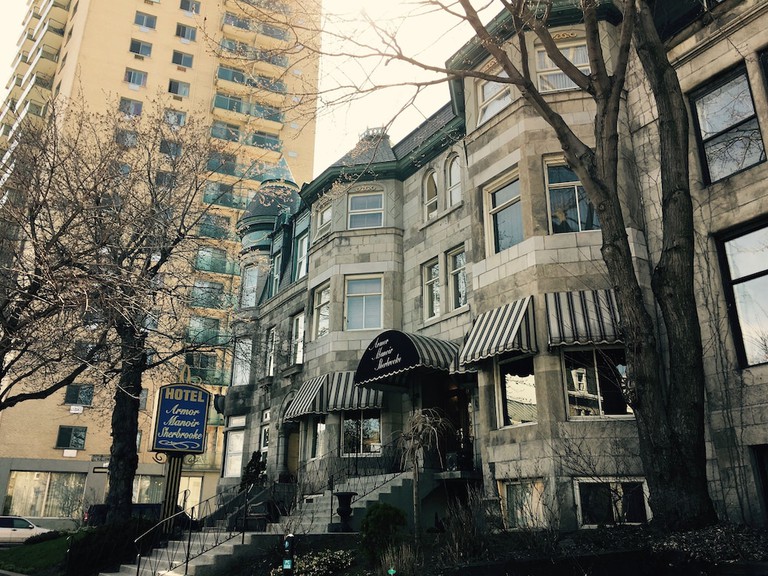 Set in a renovated century-old home, Hotel Manoir Sherbrooke is a great option for budget-conscious travelers who want to stay in boutique-style accommodation that’s close to the action. The buzzy bars and restaurants of Plateau Mont-Royal, the Latin Quarter and the Gay Village are a stone’s throw away, and each of the 30 individually decorated rooms have a distinctly Victorian style to help transport you to the heyday of Old Montreal.