Female Motorcyclists Are Twisting the Throttle Towards Empowerment 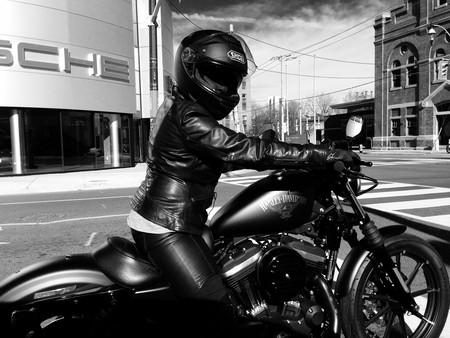 For as long as motorcycles have been around, there have been female motorcyclists; however, never as many as there are on the roads today. For many years, women were mostly looked upon as an accessory for the back of a guy’s motorcycle. All of that has changed immensely in the past decade.

For many people, riding a motorcycle is perceived as risky and dangerous. So why are more women throwing their legs over the seat of a rumbling bike? “It gives you an elevated sense of freedom. Life can get tough. Work is quite often stressful. The minute you throw your leg over that bike and start ‘er up, it’s just you, the bike and the road. Nothing else matters,” says Xania, a 45-year-old rider of a 2016 Harley-Davidson Iron 883. 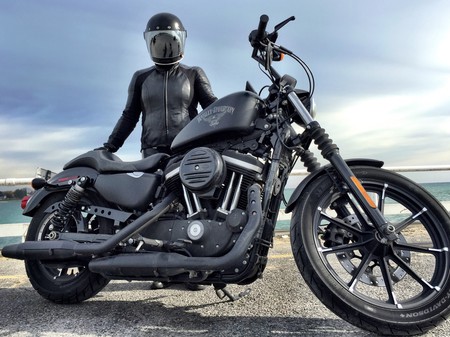 Thanks to social media these days, female riders are getting thrown into their own specialized spotlight on the world’s stage. Look up the hashtag #girlswhoride and you’ll come across almost half a million results on Instagram alone. More organized groups are being created, not only for female motorcyclists but for the motorcycle community in general. Being part of a group of riders—novice, or advanced—gives females that sense of camaraderie and group belonging that doesn’t just cater to men. “I can’t tell you how much I’ve learnt from riding with my group, OMG (Ontario Motorcycle Group),” says Xania. “I love the camaraderie, lack of judgement, ‘no rider should be left behind’ motto, bonding and riding as a unit.” 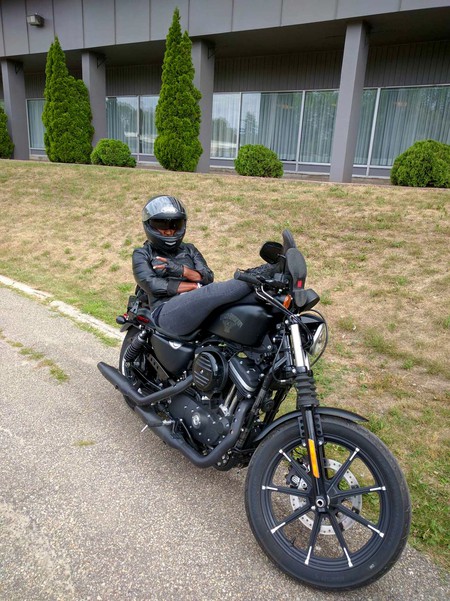 These days, female motorcyclists give a lasting impression on a global scale. The International Female Ride Day (IFRD) campaign is held every year on the first Saturday of May all around the world. No matter the skill level, age, religion, or riding style, this global event encourages women to “Just Ride,” as their slogan states.

IFRD came at a time when female ridership needed that extra boost to help female riders gain acknowledgement on a whole new level. This event not only gained acknowledgement worldwide, but also managed to achieve respect throughout the world’s motorcycle community. New riders are continually attracted to take part each year, and new friendships formed, or old ones renewed. 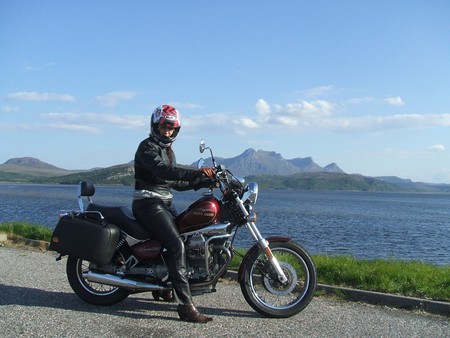 While for most women riding a motorcycle is mostly about that unparalleled sense of freedom and independence, female riders are no stranger to crashes. However, dropping a bike can make one more powerful and even more ready for adventures.

Xania says that after her crash in 2014, which resulted in a broken arm, her desire to ride her bike was stronger than ever. “I rode over 25,000 kilometres on that bike in one season. Was I nervous? No way. I couldn’t wait to get back on the road, have the wind in my face and feel the sense of freedom you get when riding. Nothing can take that away.” 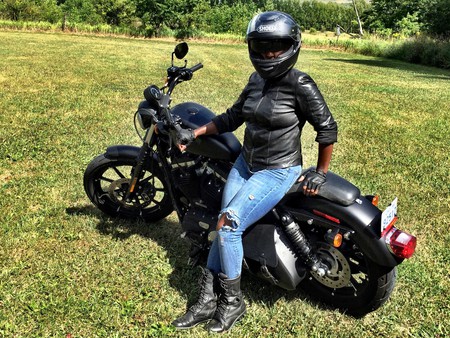 No matter the reason for women to start riding, one can be sure that female riders give a powerful message to the whole motorcycle community. Xania, along with many other women who share her passion and love for two wheels, says the same thing about buying bikes: “It was the best thing I could’ve ever done for myself.”

Whether to confront a personal challenge, break societal stereotypes about motorsports and gender, or simply to face a fear and get back on the bike after a crash, female motorcyclists are leaving their mark on the motorcycle community. With each passing season, they’re increasingly embracing adventure and the thrill of riding on two wheels, with zero intentions of slowing down anytime soon.