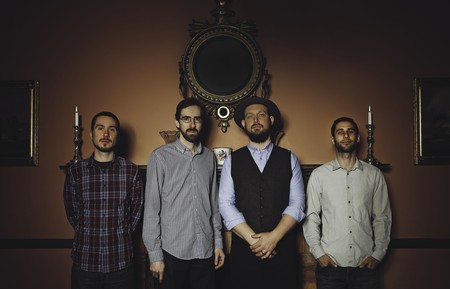 The bluegrass scene in Toronto offers an unplugged alternative to urban expectations, bringing twang and tradition to a city so often saturated in sarcasm and hipsterdom. These musicians opt for sincerity, and without amplifiers or drums to hide behind they rely on the limits of their strings. Novices aside, this is a genre that demands skill, dexterity, and speed of its players. The Toronto hub of the Culture Trip caught up Adam Shier, guitarist of one of Toronto’s hottest bluegrass bands, The Unseen Strangers to chat about their newest album, and all things bluegrass.

Originally from Halifax, Toronto bluegrass band The Unseen Strangers divert from the strictly authentic style adhered to by many of their neighbourhood contemporaries. Unlike the polished, commercial version found in Nashville, bluegrass in Toronto stays close to the roots, drawing from the original 1940s and 1950s style with heavy old-time influence. Guitarist Adam Shier notes that what The Unseen Strangers do is a slightly more experimental interpretation of the genre, loosely referred to as Progressive Bluegrass. 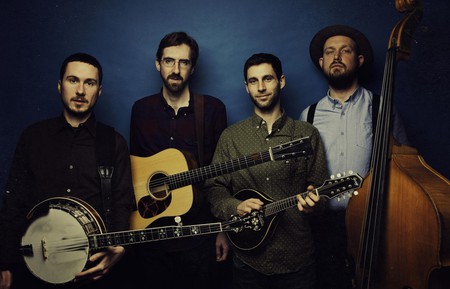 The Unseen Strangers seek more of a rock aesthetic, exploring and extending the limits of the tradition, ‘We are kind of 75 percent bluegrass and 25 percent rock. Or something like that,’ Adam explains.

Traditional bluegrass relies on predictable arrangements, popular motifs and attention to tangible meaning. Shier notes that ‘Bluegrass is usually about something. I’ve been doing this thing for Jesus, or I’ve been working on this train, or my girlfriend left me – there’s a lot of that, of course, like in all music – but the bluegrass songs are very literal and to the point. There’s not a lot of metaphor.’

In their latest album, Stranger Places, The Unseen Strangers aren’t afraid to explore these common themes – yes, there are railroads, old city jails, and wicked lovers – while pushing boundaries instrumentally. The seven-section instrumental opener, ‘Ice Jam,’ takes on a striking compositional approach and is followed up with songs that explore the gamut of what can be done in a string band. With traditional roots, funky three-piece horn sections, and psychedelic newgrass epics, this album is an exploration in bluegrass and beyond.

Catch The Unseen Strangers play at the Burdock Music Hall on April 2nd and check out their SoundCloud in the meantime.