Everything You Need To Know About Toronto's Spadina House 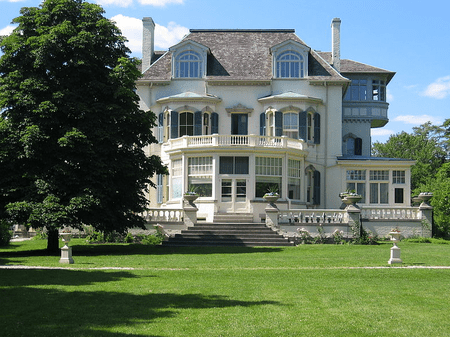 Spadina House: Toronto’s famous mansion-turned-museum has quite the storied past. From the love of the Charleston to the effects of new technology, discover how this historic site portrays an era that drastically changed and influenced the way Torontonians lived.

Spadina Museum, known to locals as the Spadina House, is a historic manor on Spadina Road in the heart of Toronto. With a history that dates back to the early days of the city — which used to be called York — it’s no wonder that this country estate became a significant historical site, heritage neighbourhood, and prized museum. 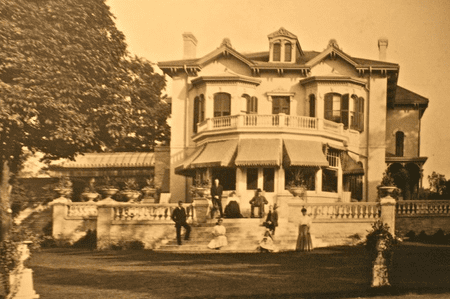 The history of Spadina House can be traced back to the late 18th century, when John Graves Simcoe, the first Lieutenant-Governor of Upper Canada, granted the large, 200-acre piece of land to William Willcocks in 1798. Willcocks was involved in the planning and governance of the town of York along with his cousin, the Honourable Peter Russell, who was the President and Administrator of Upper Canada at that time. In 1803, Willcocks’s daughter Phoebe married William Warren Baldwin, an Irish immigrant and doctor, and after the death of her aunt Elizabeth, William and Phoebe inherited the land. In 1818, they built the first structure on the property — a two-storey, wood-frame home that sat on the top of Davenport Hill. The estate was renamed ‘Spadina,’ derived from the Ojibwe term espadinong,meaning ‘a hill or a sudden rise in the land.’

Because the estate was nestled in the middle of the countryside and miles from York, Baldwin was forced to clear the wild terrain around the home. Baldwin cleared over 300 feet of trees and shrubs between the outskirts of the house and the edge of the ridge south of the home — this panoramic and unblocked view of downtown Toronto and Lake Ontario can still be seen today. Unfortunately, the home burnt down in 1835 and was rebuilt as a smaller, one-story home in 1836. Over the next 30 years, Baldwin divided and sold off parts of the estate, leaving him with 80 acres by 1866.

In 1866, what was left of the Baldwin estate was sold at an auction to founder of The Dominion Bank and president of the Consumers’ Gas Company, James Austin. Austin and his wife, Susan, built the third house on top of the original Baldwin structures. Wealthy families began purchasing large estates in the area — 40 acres of which were divided and sold from James Austin’s estate. By 1889, he only had 40 acres left of the 200 he was originally given.

In 1892, James Austin gave the home and 20 acres to his son, Albert William Austin. Albert and his wife, Mary, made significant renovations to the estate, including additions to the interior, exterior, and the grounds of the property that are still visible today. Between 1897 and 1913, Albert and Mary added several rooms, a new kitchen, and an extravagant billiard room designed by the popular 19th century architect W.C. Vaux Chadwick and featuring artwork from muralist and interior decorator Gustav Hahn, a pioneer in the Art Nouveau revolution in Canada. By 1912, Albert and Mary had added a third story with two more bedrooms, lavish sitting rooms, and servants’ quarters as well as a new circular driveway, a stucco garage, a beautiful glass greenhouse, and a handcrafted porte-cochère — a large, covered entrance for vehicles to pass through — which was designed by New York Beaux-Arts architect firm, Carrère and Hastings. By 1913, Albert had sold most of the estate grounds to the City of Toronto for the St. Clair Reservoir, cutting the property down to fewer than 10 acres. 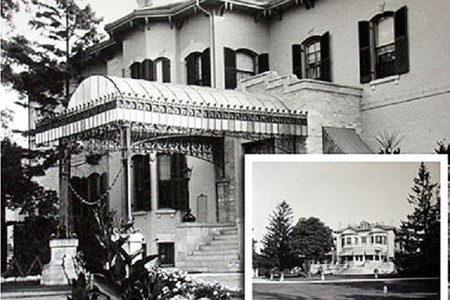 The home stayed in the Austin family over the course of the following 65 years, passing through generations, until it was donated by the daughter of Albert Austin, Anna Kathleen Thompson, along with most of its contents to the City of Toronto in 1978; however, by this time only six acres remained.

The house opened as a museum in 1984 but was closed again over two decades later for renovations to the interior. Reopening in 2010, the Spadina Museum aimed to reflect the backdrop of Toronto during the 1920s and 1930s. Visitors will discover a range of architectural styles, from Second Empire styles reminiscent of the mid 19th century, the Arts and Crafts Movement, and Art Nouveau to elements of Art Deco, Colonial Revival, and Victorian and Edwardian styles — the latter of which was added by the Austin family during the 1900s renovations. 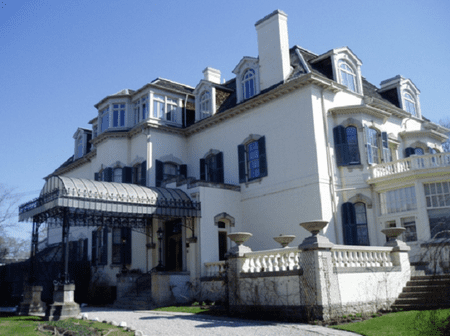 The façade boasts large, beautiful windows; stone terraces; and old-style chimneys. The interior features a central hall, floating staircase, wood-burning fireplaces with original mantels, original marble and tile, hardwood floors, and a salvaged door from the second Baldwin house. The gardens — among the museum’s most fascinating and intriguing features — boast an old orchard, pristine and manicured flora, stone archways covered in plants, beautiful stone walls, and an original artillery battery that sits on the ridge just south of the property, built by James and Susan Austin when they purchased the estate in 1866. This old structure, surrounded by a half circle brick wall, is said to have once contained a real cannon (or two) and was a gathering place for the Austin family to watch the Dominion Day (or Canada Day) fireworks in the late 19th century. The oldest structure on the estate is a wood stable from the mid 1800s, which was attached to the old coach house and became a gardener’s cottage that was used until the late 1920s. 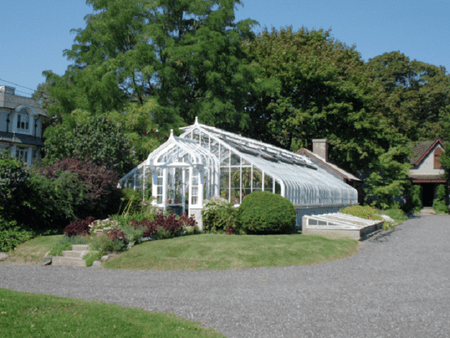 Since 1982, over 30,000 artifacts have been excavated from the property, from ceramics and glassware to tableware and bottles. Archeologists found traces of the original first Baldwin home and the fire that destroyed it as well as parts of the second Baldwin house’s stone foundation walls, which are assumed to have been incorporated into the structure built by James Austin in 1866 — all of which can be found on display at the museum. While some artifacts were replicated to match the originals, many original artifacts donated by the Austin family are on display, including furniture, washroom fixtures, vintage clothing, artwork, and sculptures, as well as some photographs and letters, which were retrieved from the Austin family storage. The museum hosts tours, school programs, special events, exhibits, and workshops to demonstrate the impact new technologies had on life during that time, how social welfare developed in the 1930s, the influence media had on everyday life, and the changing of women’s roles in society. Experience history in its truest form, and how the family lived during the tumultuous inter-war period, in Toronto at Spadina Museum.