Eating Out in Hamilton, ON: 10 Local Restaurants You Should Try

Hamilton is often overlooked by tourists in favour of Ontario’s more well-known cities, such as Toronto and Niagara Falls. However, Canada’s ‘steeltown’ is not only located in the stunning Niagara Escarpment, filled with tumbling waterfalls and lush hiking trails, but is also home to an increasingly sophisticated cultural scene, with an ever-growing number of art galleries, recording studios and restaurants. Make a visit to Hamilton, and follow our guide to Hamilton’s unmissable eateries. 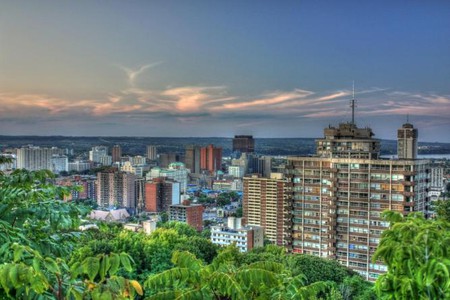 As the centre of Hamilton’s large student population, McMaster University is a driving force behind Hamilton’s local culture. It’s thus no surprise that McMaster campus is also home to one of Hamilton’s most eco-conscious restaurants. Started through a student-based initiative, Bridges Café serves a seasonal vegetarian/vegan menu, with a focus on sandwiches, salads and stir fries. 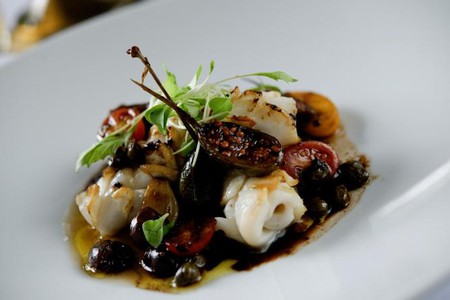 Nestled along Lake Ontario, Edgewater Manor offers fine dining in a gorgeous 1920s mansion. The menu features a variety of meat and seafood dishes, including a blind six-course tasting menu. The food is accompanied by one of Hamilton’s most extensive wine selections, including a number of rare wines dating back to the 1950s.

Located in Hamilton’s historic community of Ancaster, the Ancaster Mill Restaurant is set in a restored 1850s stone mill, overlooking a stream rushing across the rugged Niagara Escarpment. The mill has been at the heart of Ancaster since its original settlement over two centuries ago, and the restaurant itself has been serving the community for more than 40 years. Ancaster Mill offers a menu of Contemporary Canadian cuisine, with an emphasis on fresh, local produce.

Canadians may not have invented the fry-up breakfast, but it’s a meal that most Canucks take quite seriously. Voted Hamilton’s #1 breakfast, Steve’s Open Kitchen offers a number of classic breakfasts, from the Hungry Man, complete with home fries, eggs and several kinds of meat, to eggs Benedict, and apple cinnamon pancakes. The welcoming restaurant is decorated with black and white checkered flooring, old-fashioned red booths and photos featuring scenes from Hamilton’s history.

Gorilla Cheese leads Hamilton’s food truck movement, serving up high-end grilled cheese from a big, black truck. Their sandwiches use local ingredients, including Jensen Cheese from Simcoe and bread from Hamilton bakery, Cake & Loaf. The owners have recently taken possession of a storefront on King St. E, which means fans will always know where to find their favorite perfectly-grilled sandwiches.

Set in a restored 19th century building, Radius is divided into a café and full-service restaurant. The interior showcases some of the building’s original features, including high-pressed tin ceiling, historic fireplaces, as well as exposed bricks and beams. There’s also an enormous back patio where customers can lounge in the summer months. The restaurant is named for its ingredients, which are sourced as locally as much as possible, featuring naturally grown seasonal vegetables.

Open for over 50 years, Capri was the first restaurant in Hamilton to serve pizza. The menu features fresh salads, homemade soups, pasta dishes, beef, chicken and seafood entrees, as well as, of course, pizza. Most of the ingredients are sourced locally, and the tomato sauce, meatballs and dough are made fresh every day.

Located in the middle of James St. N’s quirky stores and art galleries, Mulberry Street Coffee House is set in a historic building, with an interior that features chandeliers, vintage couches, crown molding and terrazzo flooring. The coffee, which is fair-trade organic grown, is served alongside homemade baked goods, with a lunch menu that includes gluten-free and vegan options.

Powerhouse Restaurant is set in a historic 19th century building that once provided power for the city’s electric rail lines. The restaurant is divided into 6 dining venues, including a main dining room and bar, wine loft, martini bar, outdoor courtyard, and patio bar. The restaurant serves international cuisine, including poutine, a Canadian classic.

Hutch’s on the Beach

Set on the beaches of Lake Ontario, Hutch’s serves up diner-style classics, including hamburgers, hotdogs ‘with the works’ and milkshakes. Most locals will tell you that this is the best place in the city for fish and chips, with hearty plates of thick fries and crispy, well-battered fish. This family-owned restaurant has been an integral part of the Hamilton community since it opened in 1946.